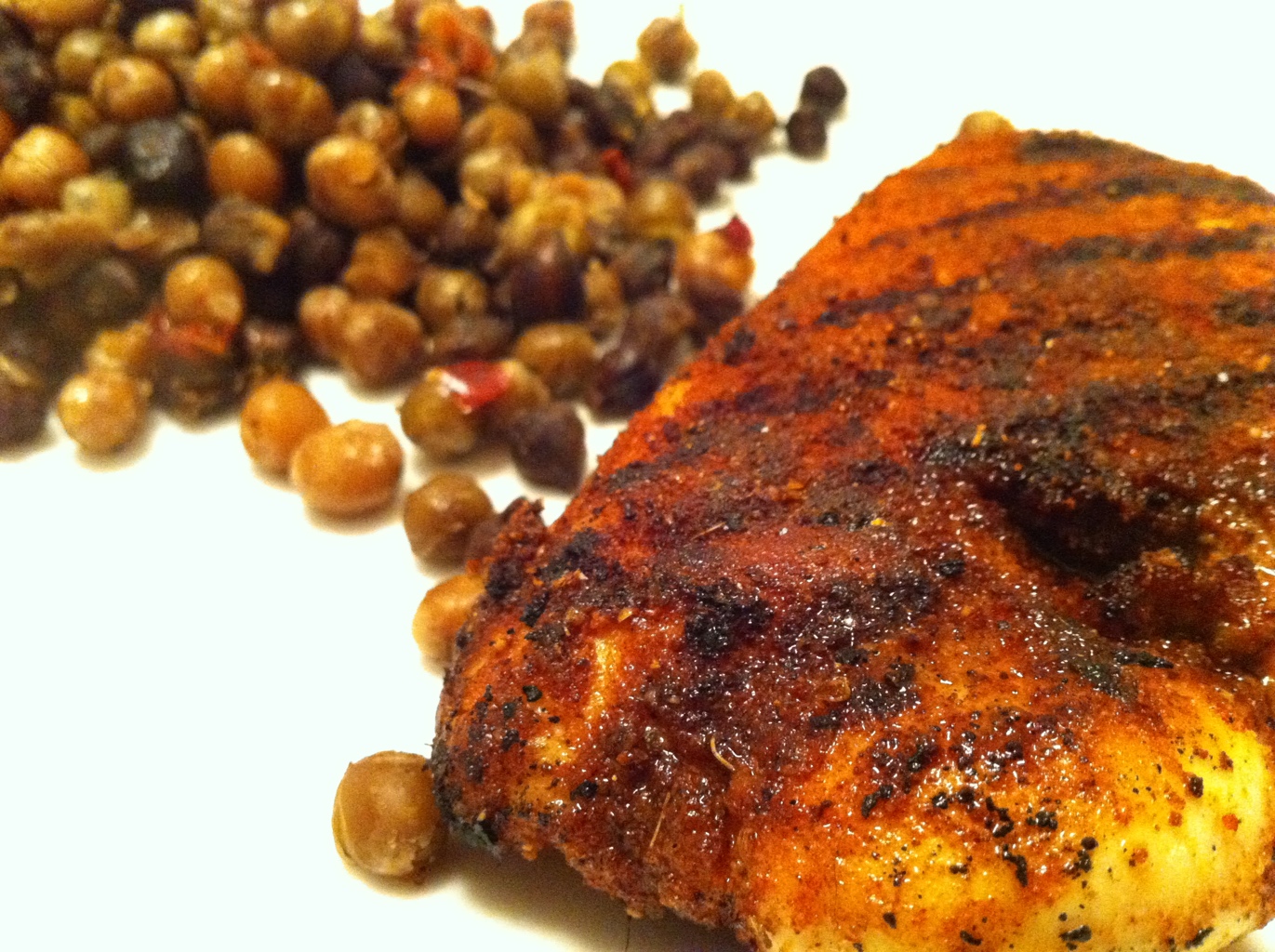 The main part of this meal was the chicken which I used with magic rub (recipe below). I tried to follow the recipe pretty closely but I had to make some changes. I didn't have kosher salt so I used half as much and just used regular. I also ran out of chili powder so I improvised. Also, I used mostly hot (but not smoked) paprika. The recipe called for doing it with pork but I used pounded out chicken.

On the note of pounded chicken, I found the easiest way to do it. I vaccuum sealed the chicken and did it in there. No mess and it worked really well. Plus, I was able to reuse the bag to freeze the other pieces I wasn't using.

The chicken was pretty good. Nothing amazing, Despite cooking it on the hot pan, it didn't quitecaramelizeas much as I had hoped. I used the thermometer to check the temperature of the chicken, and I think I took it off at the exact right time. It wasn't overcooked or anything. The spices were a bit too heavy on cumin but not all together bad.

I also heated a pre-made peas and lentil thing as a side dish.