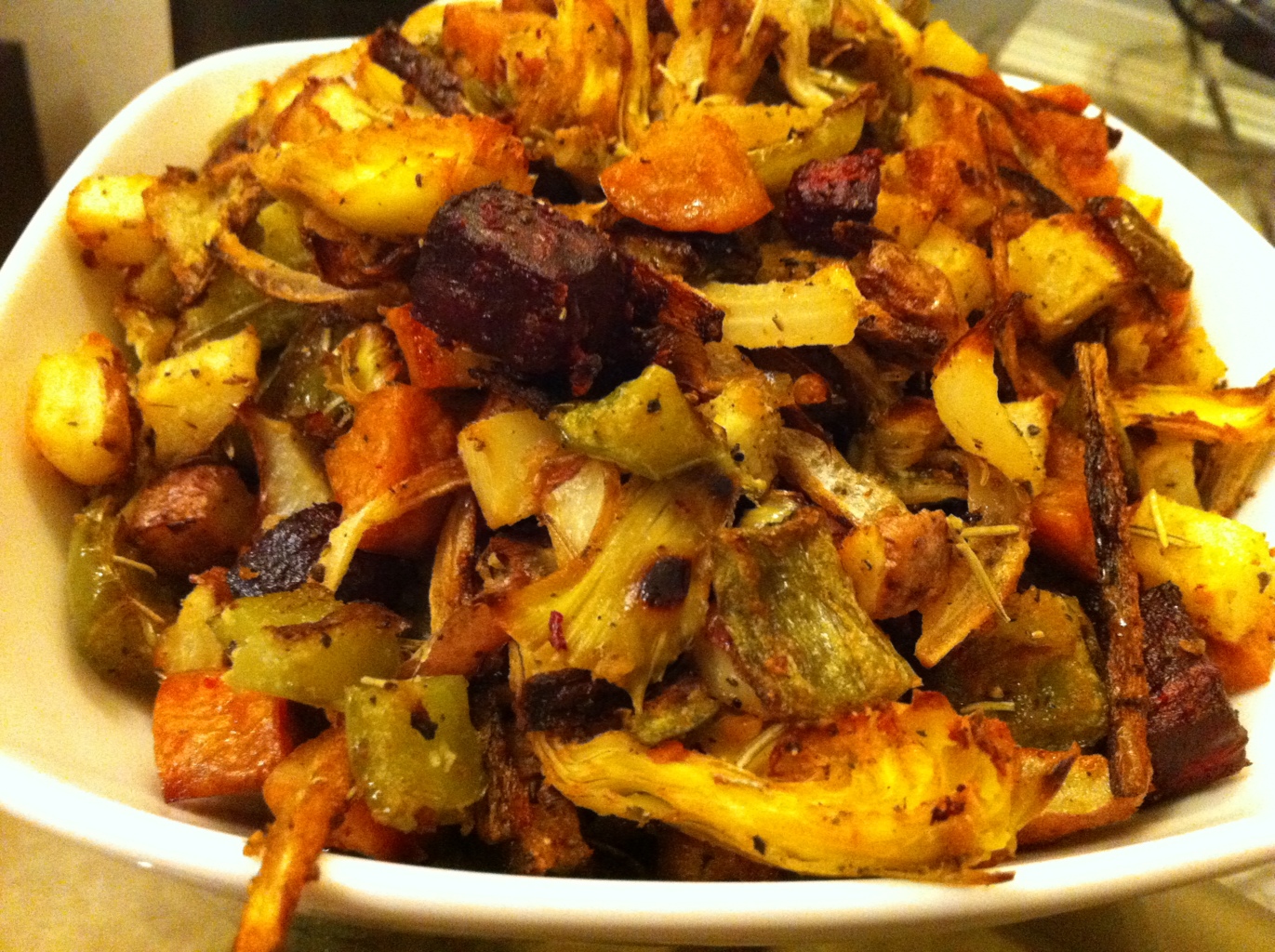 I made the similar thing that I first posted on 2011-10-24. Basically, it is just roasted potatoes except the addition of chicken sausage for the latter half of baking for some protien. I made a single portion so I just used two small potatoes. I also added beets (which died everything red), artichoke hearts, onion, green bell pepper and ajalapeo. I do not recall of the seasonings, but it wasmainlyrosemary, sage, TJ's 21 seasoning salute, salt, pepper, onion powder and garlic powder. I do notrememberwhich type of sausage I used but I'll look it up when I get home.

It was so good. And it made the apartment smell really good. I like this meal. It is a lot of chopping but then you can set it and now worry about it until you have to add the sausage. I also rotated the racks when I added the sausage.