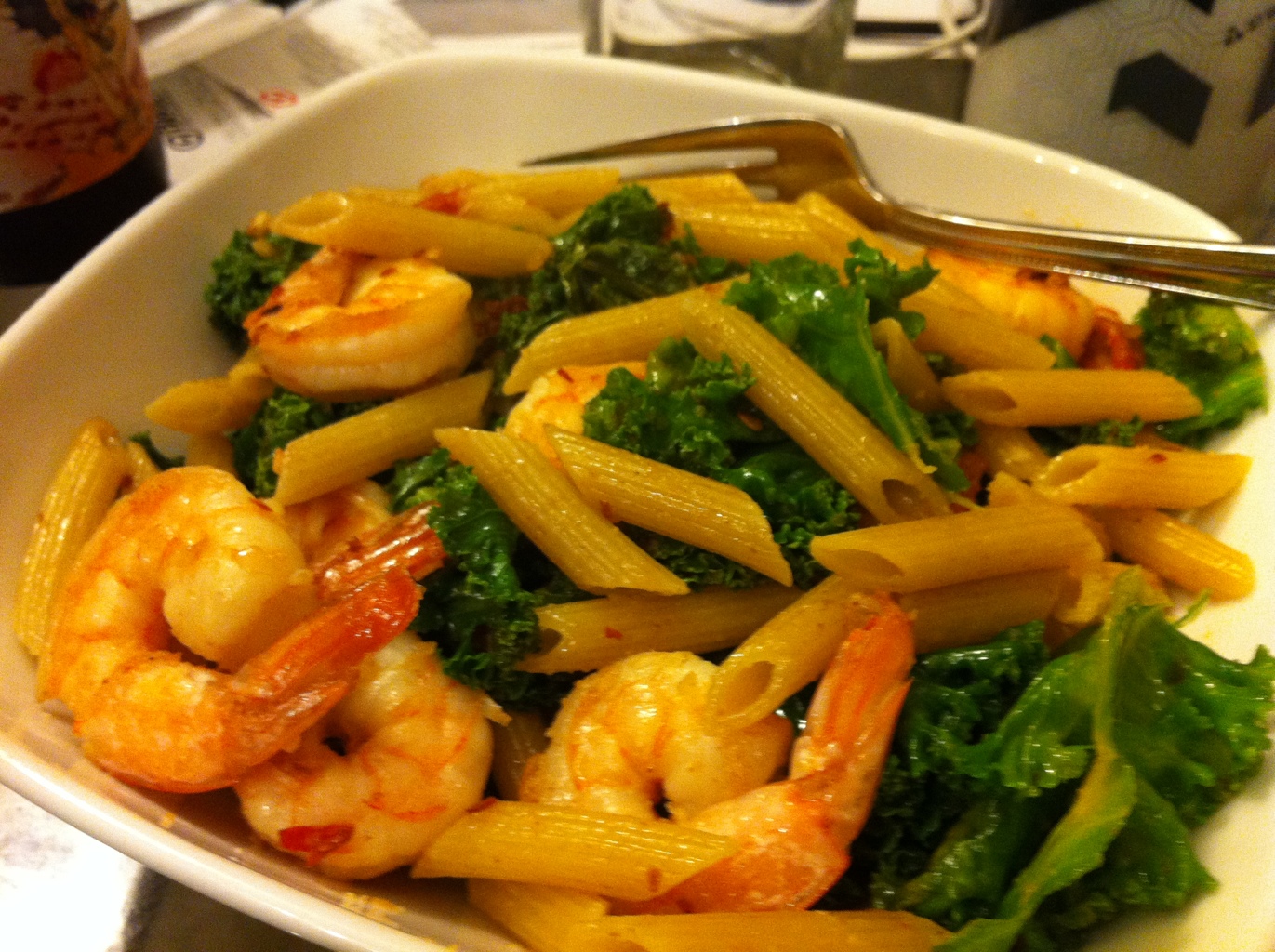 I kinda just threw this together. I sauted some kale for a bit, then took it out of the pan and cooked shrimp. I resisted the urge to actually add oil and just used pam. While the shrimp was cooking, I threw in a bunch of crushed red pepper. Finally, as it was nearing completion, I added back the kale and let everything cook together. As the pasta was almost, but not completely done, I threw it in to let all the flavors meld. I also added salt, pepper, garlic powder and probably some other seasonings.

It ended up being pretty good and certainly eclectic looking. It probably could have used a big heaping thing of garlic but I didn't feel like chopping it. What I really loved was that it was a lot of food for very few points. There was half a pound of shrimp (which is a large serving) at 5 points and 1.5 servings of pasta (the "plus" kind with whole grain and extra protein) for about 7 points. Figure 1 point for the pam (if that) and I had a nice sized meal for 13 points (plus).