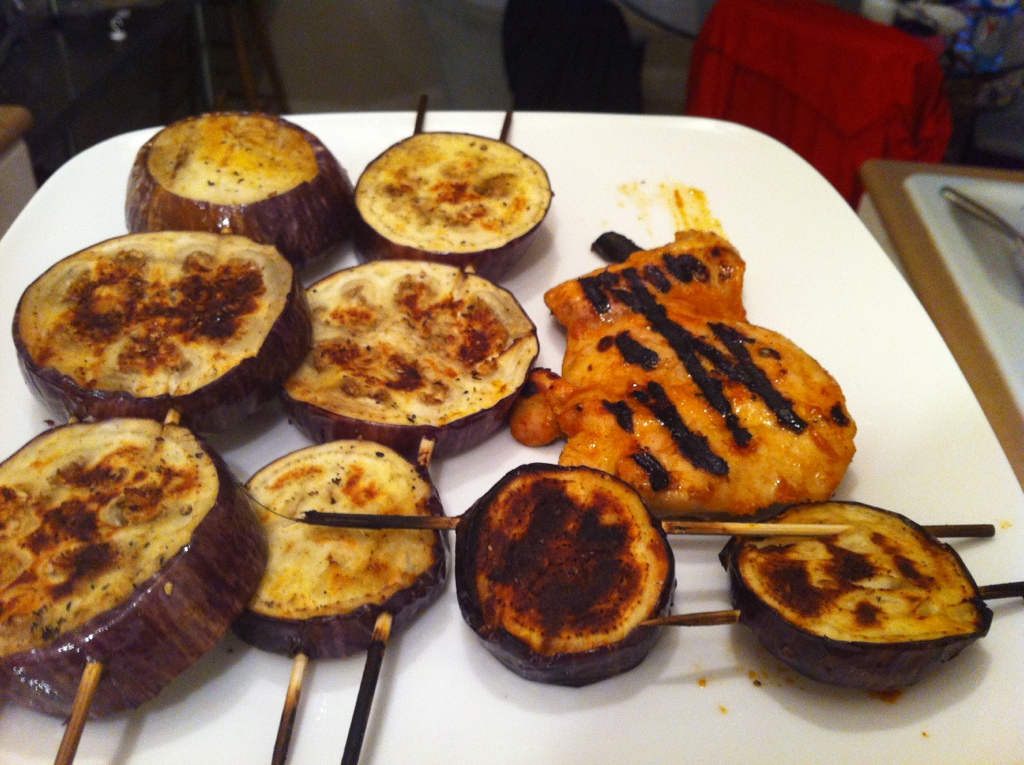 Grilling FAILURE. I tried to grill again. It didn't go as well as last time, which says a lot since it didn't go very well then either. It took three tries to get the light I think I needed to pack it tighter. I also used more coals to get it to be hotter and hopefully stay lit longer.

Well, it started off really hot. I let the grill get a bit warmer, cleaned it, then put the chicken and eggplant on it. I used chicken thighs since it is hard to overcook them. Well, five minutes later, they were barely cooked. The grill went out again. I had the lower vent open so that wasn't the issue.

Anyway, I had to go to plan B. I fired up the broiler for the eggplant and the grill pan for the chicken. I am glad I used thighs since they should have been overcooked by this point but they held up well. Even though I thouroughly trimmed the fat off. I guess the meat itself is fattier.

I had marinated them in a Red Wine Dijon marinate I bought premade.

They turned out fine as did the eggplant, but no thanks to the grill. I guess I need to learn more about how to use a charcoal grill. I just am not getting it so far.