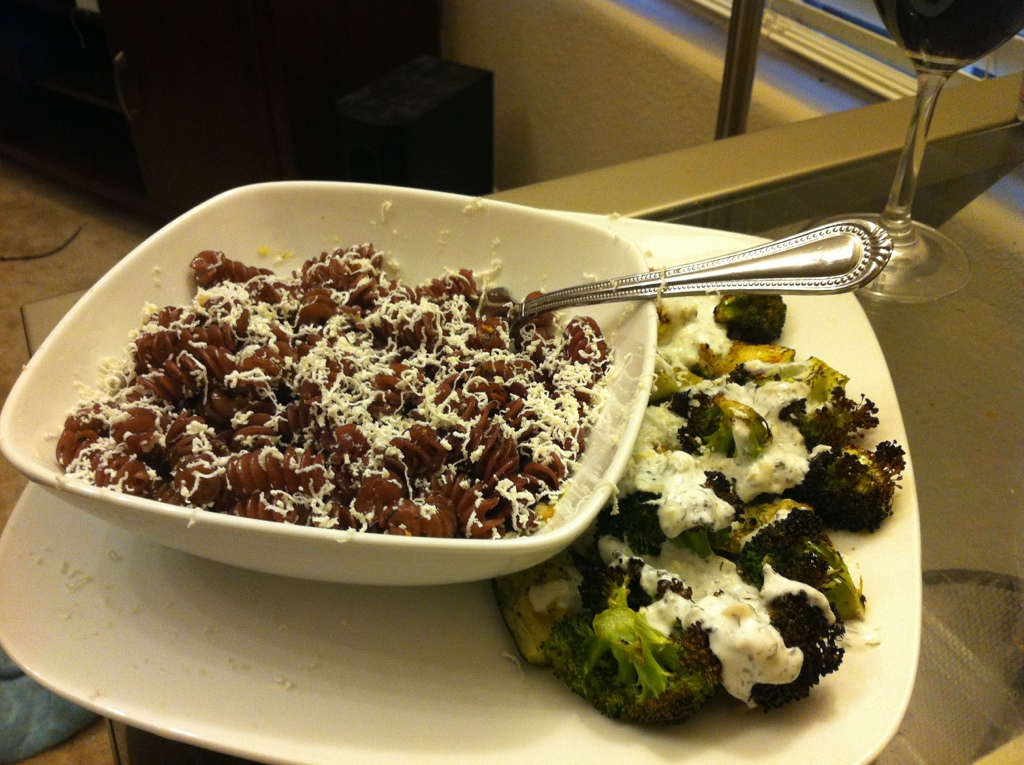 First the pasta: I was inspired by this recipe on Serious Eats, but it is basically making pasta with half of the water as red wine. I did that and tossed it in an olive oil, garlic and dried parsley mix. I heated some olive oil with chopped garlic. As it started to sizzle, I added parsley. I eventually added the pasta when it was al dente and a bit of water. I topped it with grated (micro planned) Ricotta Salata since that is all I had. It was very, very good though I honestly do not know if the wine contributed anything but color. Maybe a little bit. I used two (three?) Buck Chuck shiraz so I didn't mind that I poured most of it.

I also made broiledzucchiniand broccoli with a yogurt dill sauce from the recipe below. I basically followed it for thezucchiniexcept I got the pan hot before going into the broiler to try to get some more color. I also sprinkled dried dill on it since that appears to be what they did in the picture. I usedbroccolitoo since I didn't have muchzucchini. I made the sauce with the ingredients listed (but with fat free greek yogurt) though I kinda just winged it on the amounts of everything. And again, dried dill.

It came out pretty good. Strangely sweet but that wasn't bad. I woulddefinitelymake it again. And I had leftover sauce which was good when I dipped it with cucumber.

Broiled Zucchini with Yogurt-Dill Sauce (from The Kitchn)