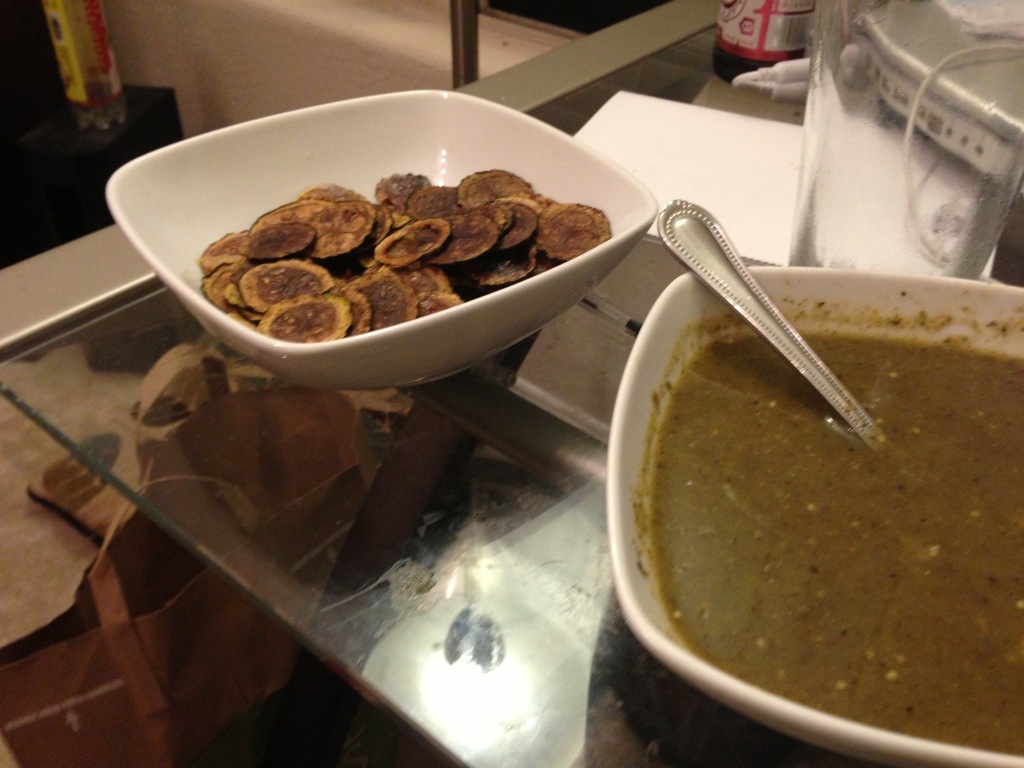 I made Pozole with the normal recipe (which I am finally just including pictures of it below). I basically followed it but used canned peppers instead of the serrano. I also, asusual roasted the tomatillos in the broiler along with the poblano. I used freshcilantrobut driedparsleyand skipped the spinach. Also, because I was out of regular Better thanBouillon I had to use Osem, so this ended up beingtrulyvegetarian. Also, I put everything in the pot except the beans and hominy then used the immersion blender. It made life much easier. (this is what I think we have always done). The final result was very good. I saved a big portion for lunch, but then ate way too much that night. I should have saved some more for another time. Also, after my too-hotexperiencewith the pumpkin soup the other day, I resisted the urge to add Dave's Insanity.

I also madezucchinichips. I wasintriguedsince the premise of these were low heat for a long time instead of high heat for a little. Islicedthem to the smallest setting on the mandoline. I think I will try the next one up next time. Anyway, I baked them based on the recipe below. I think I let them cook a bit too long since they were kinda browned, but still very good. When I use thicker slices, the time may be okay. We will see. They were good.