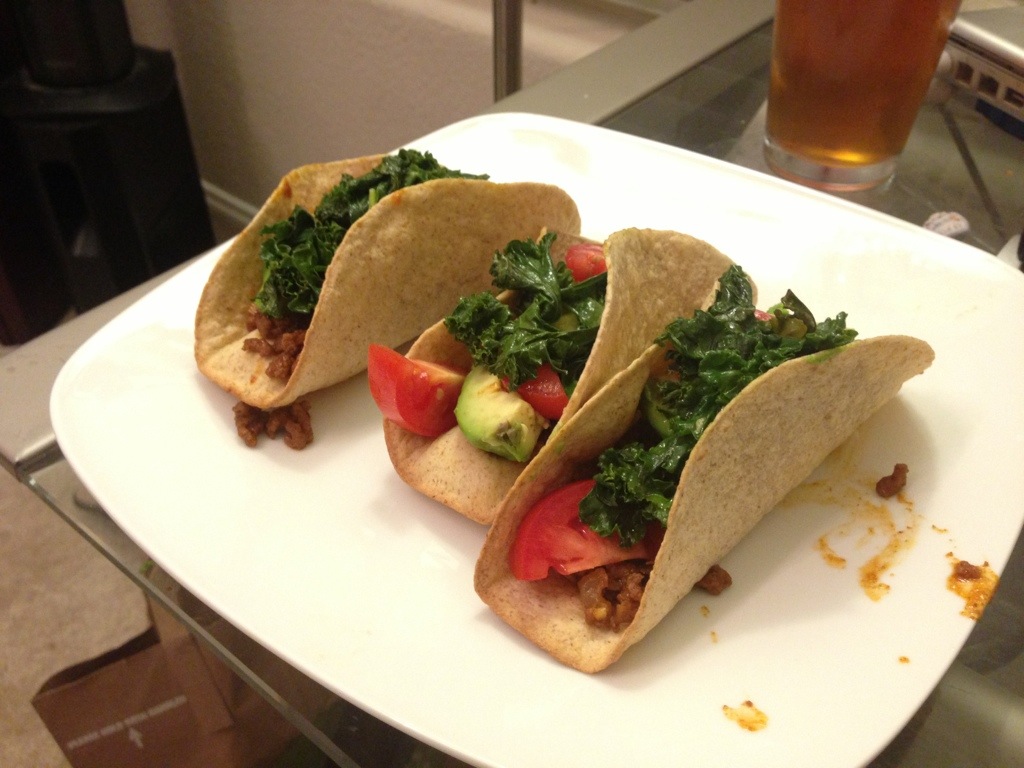 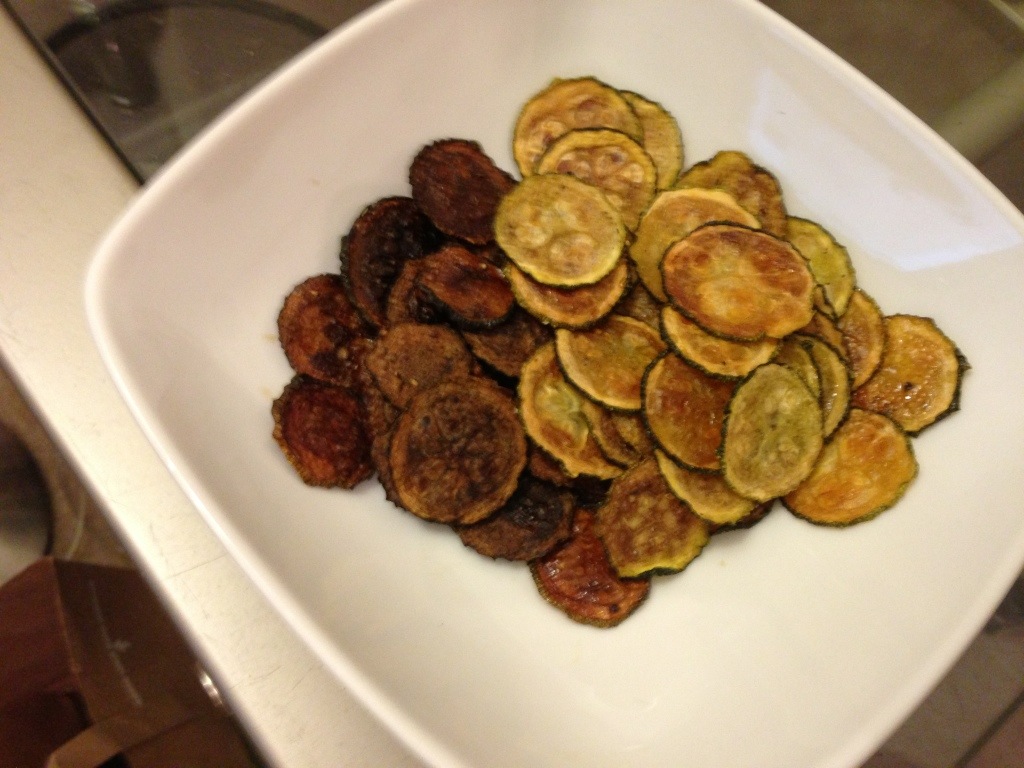 I made tacos using lean ground beef. I only used 2/3 lbs but used the while package of seasoning. I put a lot of garlic powder and some crushed red pepper into the seasoning water. This really helped to infuse the meat with the flavors. I again used kale instead of lettuce. I also had tomato and avocado. I use the taco shells I talked about on 2012-07-01 but cooked them a little less so they were softer.

I also tried making thezucchinichips again with the same recipe as before. I used the 2nd from smallest setting (3mm I think). They seemed to need longer to cook but that isn't surprising. I switched pans about half way through, but the_top_ pan (for the second half) seemed get much more done. Usually you expect that to be the bottom, but I wonder if, at such low heat (250), the hot air rising trumps the affect of radiative heating from the element. You can see in the picture the different amount they came out cooked. The brown ones were still good, but, had a slight burn taste. The green ones were still a tad soggy. I did give them 5 minutes to harden after being taken out.