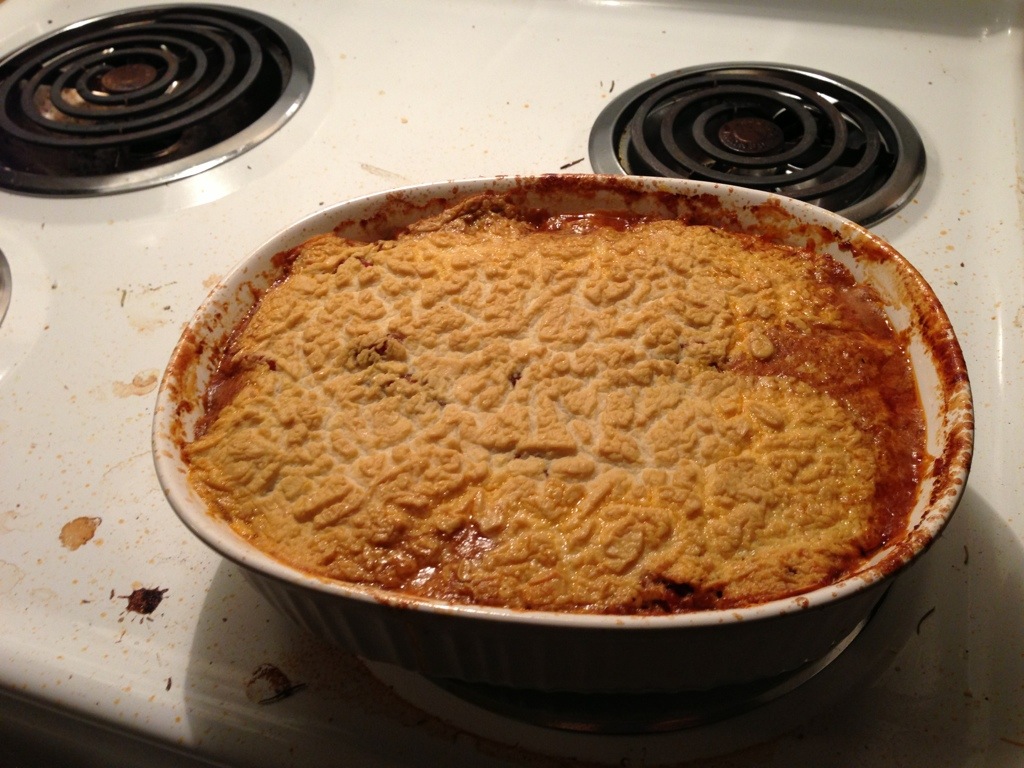 I made the usual Moussaka. Despite what I noted last time, I again forgot how intense it is to make this. There really isn't a moment when you can stop.Especiallywhen trying to keep the messcontained. I followed out adapted recipe pretty closely. However once the beef mixture was done, I tasted it and was lacking a bit so I added more spices. It didn't have the full affect since they didn't cook into it for 45+ minutes but it helped.

I again sliced the eggplant length-wise with the mandoline. That made it much easier. Also, I didn't worry about layering it a bit since the slices are pretty thin after being cooked. Another thing I did differently was, after laying out the potatoes, I sliced them to make cutting easier later.

It took so long to make that by the time it was in the oven and the kitchen cleaned, it was late. While it was cooking, I realized I wasn't that hungry. So I actually ate something else and just had a bit of this for dinner. It made 3 nice sized lunch portions, a large dinner portion (for the next day), and a smaller side-dish type portion which I froze.

The bit I ate was very good though, as I said above, the sauce could have used a bit more flavor. And maybe less salt.