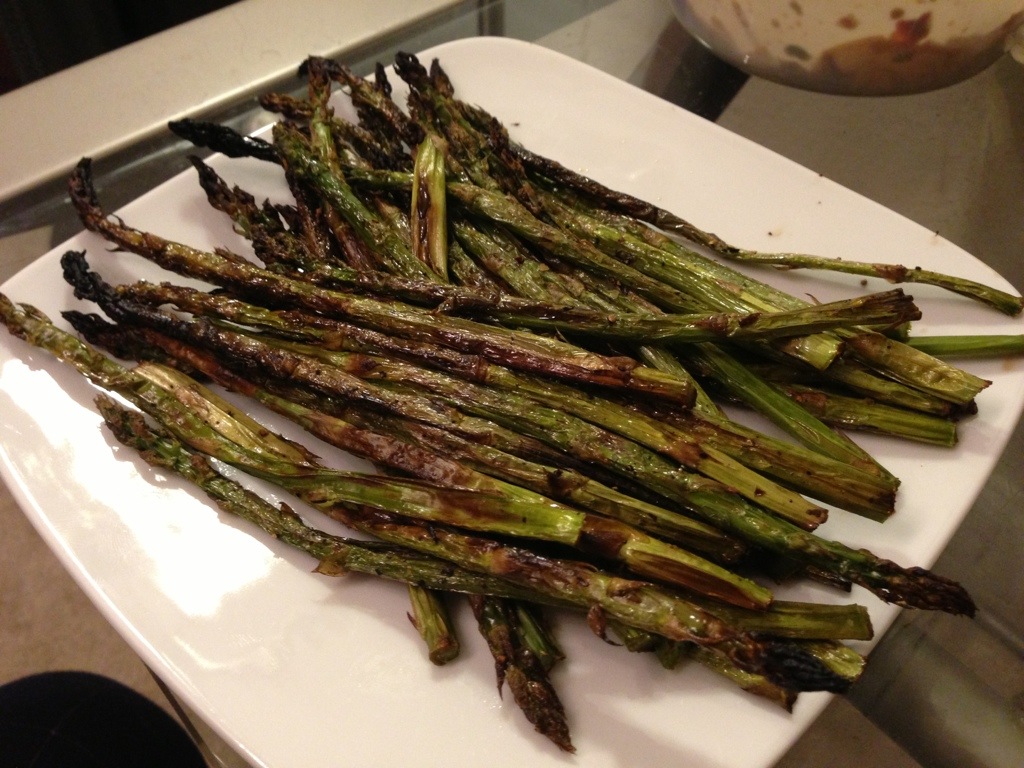 I wanted to continue the trend of roasting vegetables. I did't follow any specific recipes but read a bunch. They are all pretty similar. Roast asparagus at 425 for about 10-15minutes I did that, but I also turned on the broiler for a little bit at the end to get some more crisp.

I do not know I overcooked it or what, but it was crispy on the outside and a bit mushy on the inside (though I like mushy asparagus). Still, it wasn't as good as other roasted vegetables (broccoli, cabbage, brussels sprout, cauliflower).

And on that note, I had another half a head of cabbage and I was still hungry (I did also have a noodle-type bowl), so I made more roasted cabbage (not pictured)