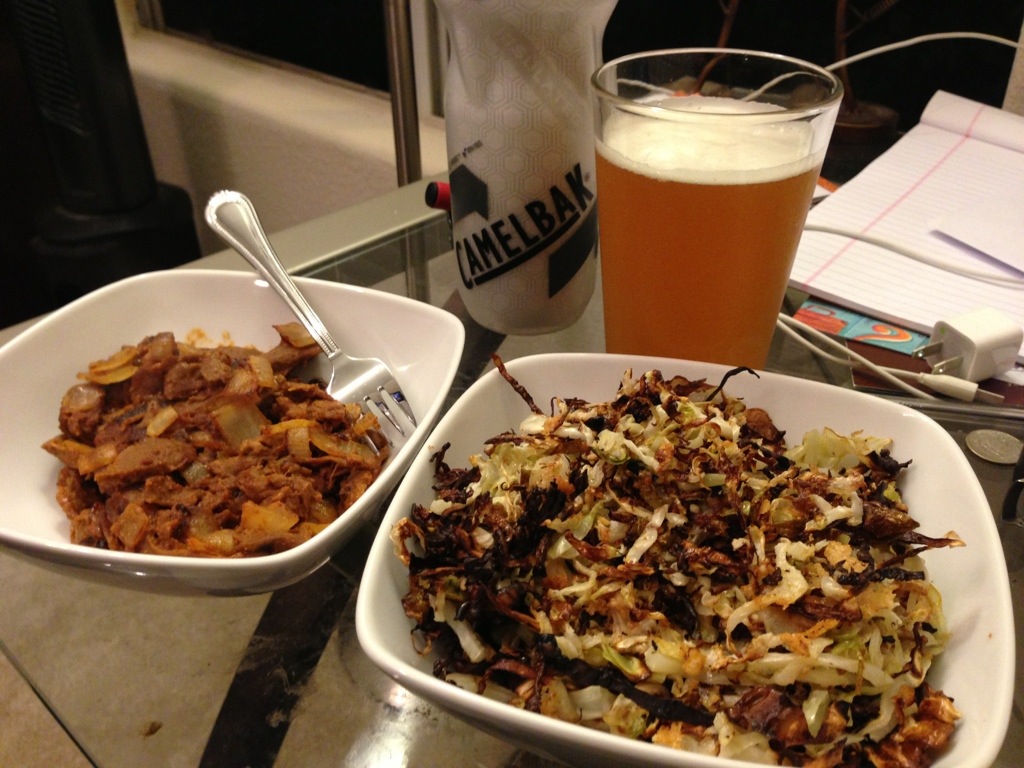 The main star of this meal was the cabbage. I followed the recipe below and I didn't need to make many changes except I used shredded cabbage. I think the only thing I did was let it cook a bit longer to brown. The cheese was very important as itenhancedthe cabbage flavor. Otherwise, i think it may have just been bland. I used real groundparmesanas opposed to the fake stuff. I thought it came out really well. Some of the cabbage was more browned but there was a nice mix of flavor and char. And, as I said, the cheese really came through and brought out the flavor of the rest.

Shredding it was also really easy. I peeled theouterlayers and then quartered it. I cutdiagonallyto remove the core. Then I used the mandolin to slice it along one of the flat edges. Super easy and quick.

I also threw together a protein part. It is basically sauted onions with some Trader Joes fake beef strips. I added some red wine dijon sauce (used here and here). I do not love the beef strips, but I had them and wanted to use them up.

Roasted Savoy Cabbage with Parmesan (from Daily Unadventures in Cooking)