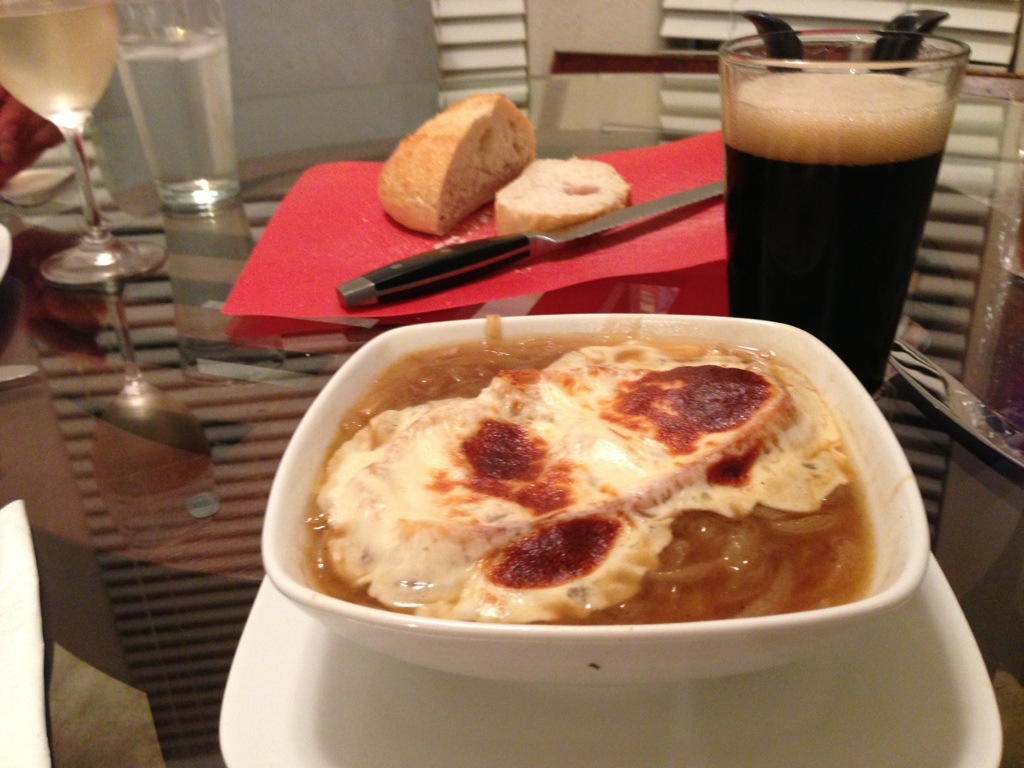 My mom was visiting and we decided to cook. We started with french onion soup. We used the cast iron dutch oven and really, really caramelized the onions. I do not know what else we did differently, but it was probably the best french onion soup I have done before. About half and half chicken and beef base (maybe 6-8 cups) and a cup of white wine. We put slices of bread in and melted the provolone in the broiler.

The moussaka was the standard. It took a long time to cook down, but I am not sure it was more or less than the usual. I think I overcooked the béchamel since it was too thick. Based on my mom's comments, I should try to see if there are alternative more flavorful, yet healthy, ways to do the béchamel. It isn't a crucial part of the recipe, but I want it to be better. 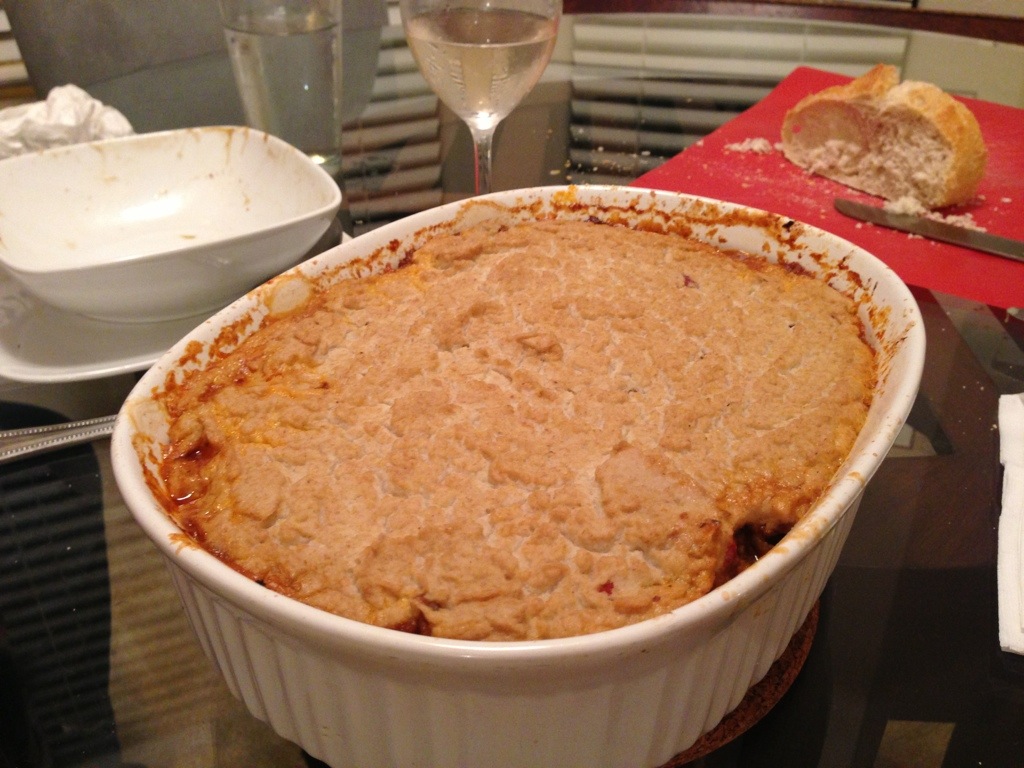