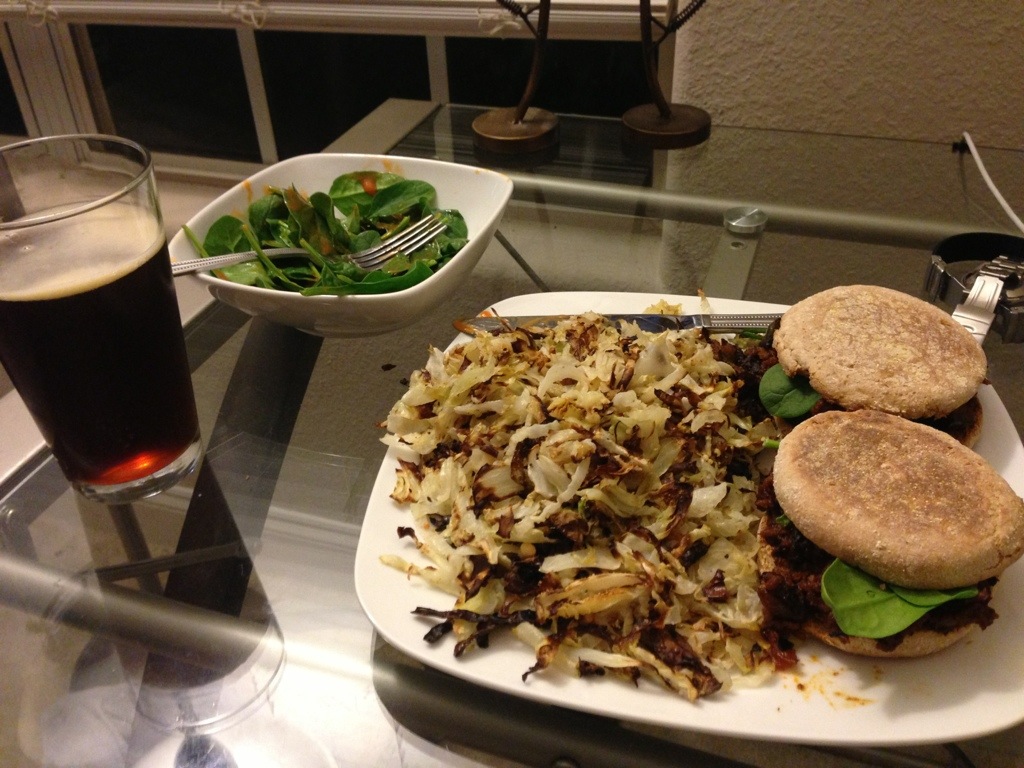 I made the pretty standard roasted cabbage(half a head). I did a few things slightly differently. First, when I quartered the head to slice on the mandoline, I made sure the "pointy" side of the quartered cabbage was hitting the blade first. This made it slice better and more fully. Also, while I sliced into a bowl to break it up and distribute, I didn't add any oil until I used the pam on it on the tray. Both worked well.

I also made sloppy joes. I used half a poblano instead of a bell pepper. I also added some balsamic vinegar and a tiny bit of Dave's Insanity hot sauce. I tried a different method to brown the onions based on this The Kitchn post where you do brown them dry first. I did that then added water and pam but it left a lot of residue on the pan. I think that caused the meat to burn more while simmering. I do not know for sure. I'll try it again but be more careful.

Also, I couldn't find ArnoldsSandwichThins, so I used whole wheat english muffins. They have130 calories each vs 100 for the sandwich thins so there isn't much of a difference, but I liked them a lot for this. They were more bready and thicker. I woulddefinitelyuse them again on sloppy joes

Oh, I also had a small spinach salad. Just spinach and (FF) dressing, nothing else, rather boring