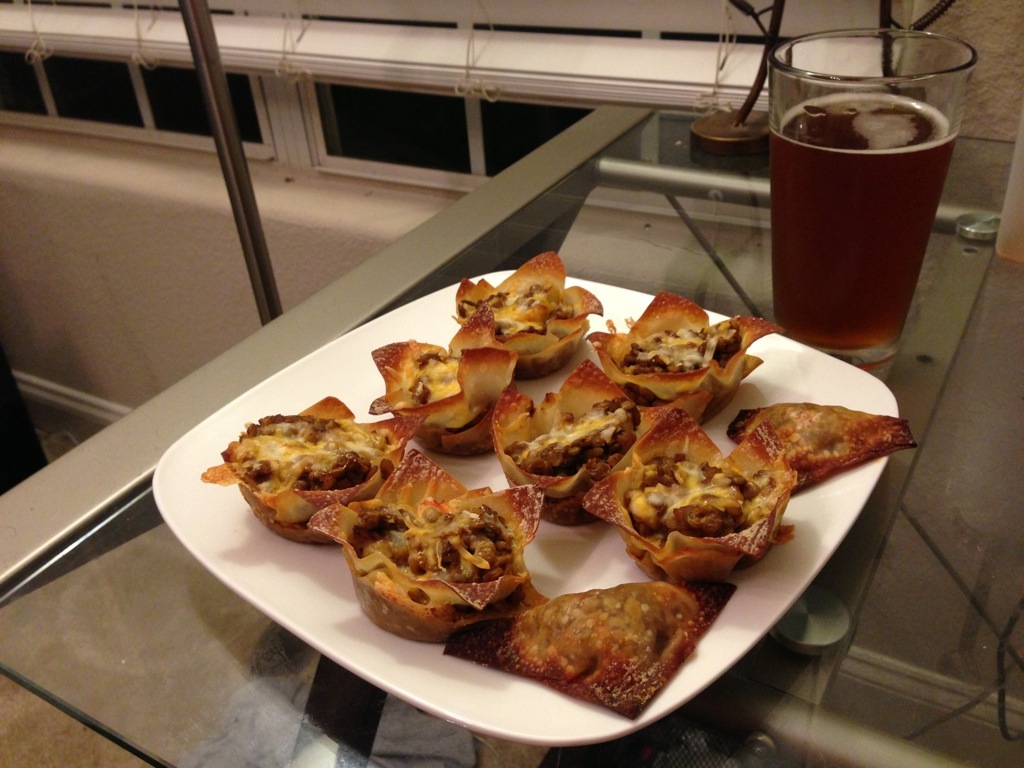 I got this idea from Meredith. I made lentil tacos (and a taco wonton of sorts). I took 1 cup of dry lentils, 2 cups of water and a packet of taco seasoning. As it cooked down, I added some sautéed onions, peppers and julienned zucchini. I did the standard taco cupcake thing but I was careful to not overfill them. I had a few leftover wrappers and some lentils so I also made some wonton things.

The whole thing was pretty good but not as amazing as I had hoped. It was flavorful and relatively easy; though it took much more time than beef. I really liked the wonton thing but the wrapper-to-filling ratio is not good enough so I doubt I'll do them as the primary meal. Also, point wise, the lentils were more or less the same as had I done beef. But it did make more. Actually, with all the extra, I added some cheese and microwaved it for a bit. That was also very good.