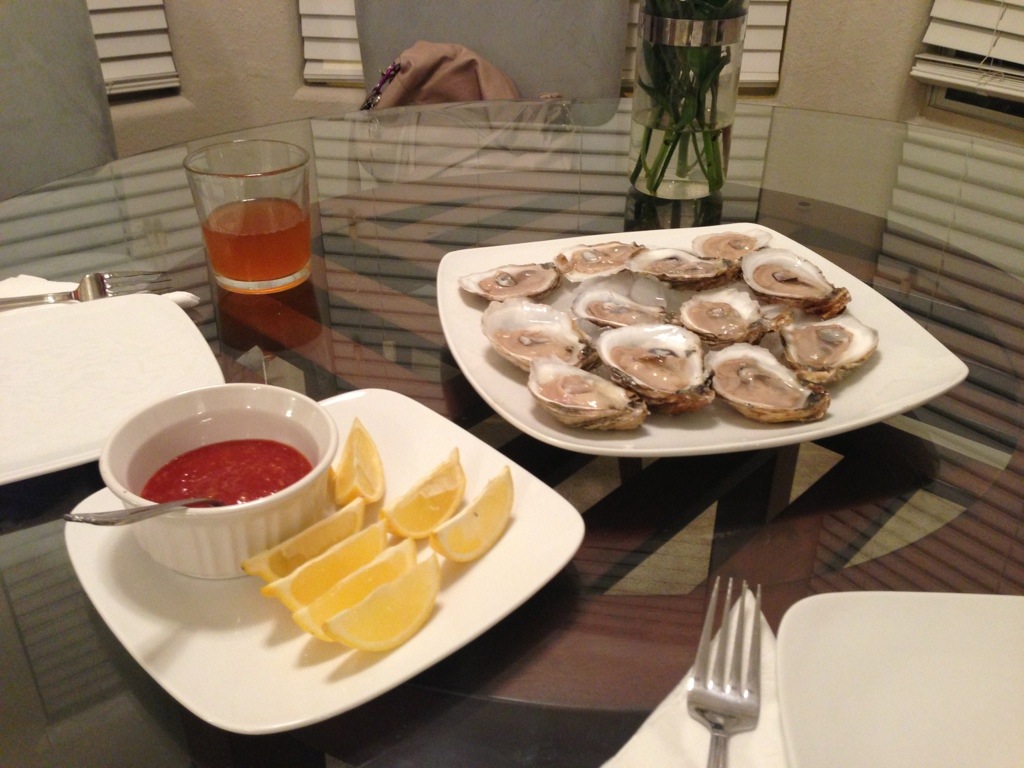 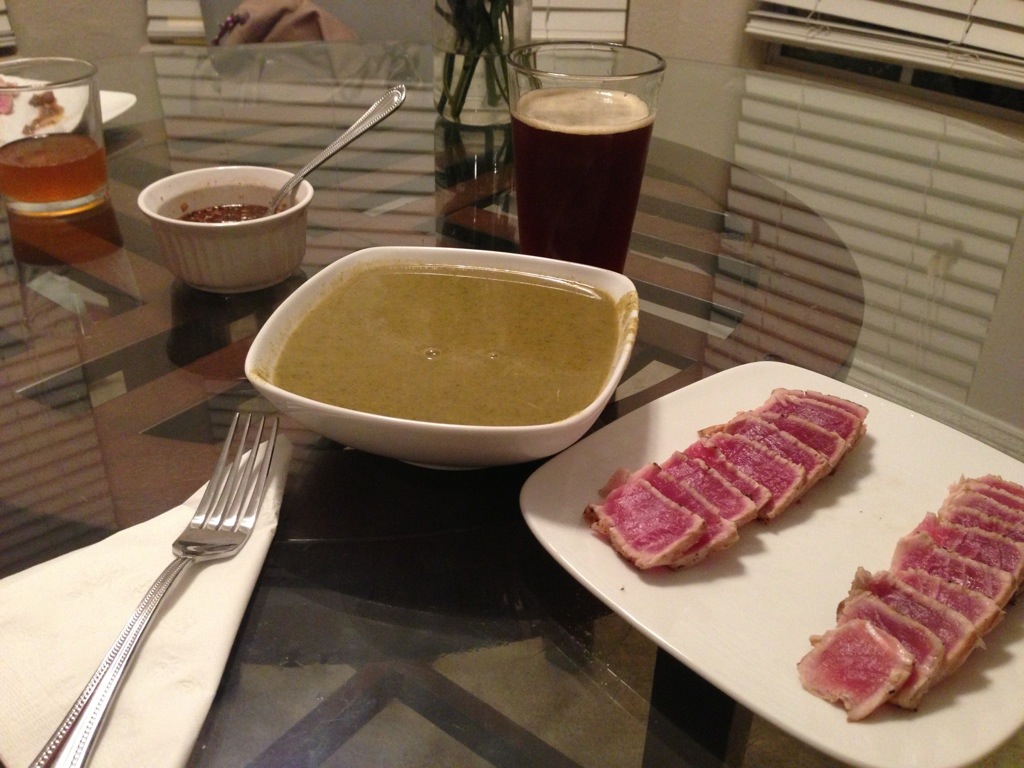 This was Meredith and my 4 year anniversary dinner. We had a big lunch, so we wanted something fancy but light. We started with some North Carolina Oysters. They were very good, or as good as oysters ever are. (I think I like the high-scale and fancy nature of them more than the oysters themselves). It was easier to open them than i remember.

The other part was tuna tataki. We used the recipe that Meredith had used in the past (it is below). We had a big piece of tuna and cut it, though we cut it wrong. We should have cut against the grain so that we could more easily slice it along the grain later. Anyway, it was very good. Meredith said it was on par with Wegmans which is a compliment (though she said it wasn't as good as last time she made it). It is certainly very easy. the sauce (which was very good) was more work than the tuna itself. Just goes to show how super simple it was.

We also made roasted broccoli soup like last time. I used homemade broth from a while ago (but I cannot seem to find the post). I needed to add salt to it,but I added too much. It wasn't so salty you couldn't eat it, but still too much. Luckily, it was really thick so I can add more water later.