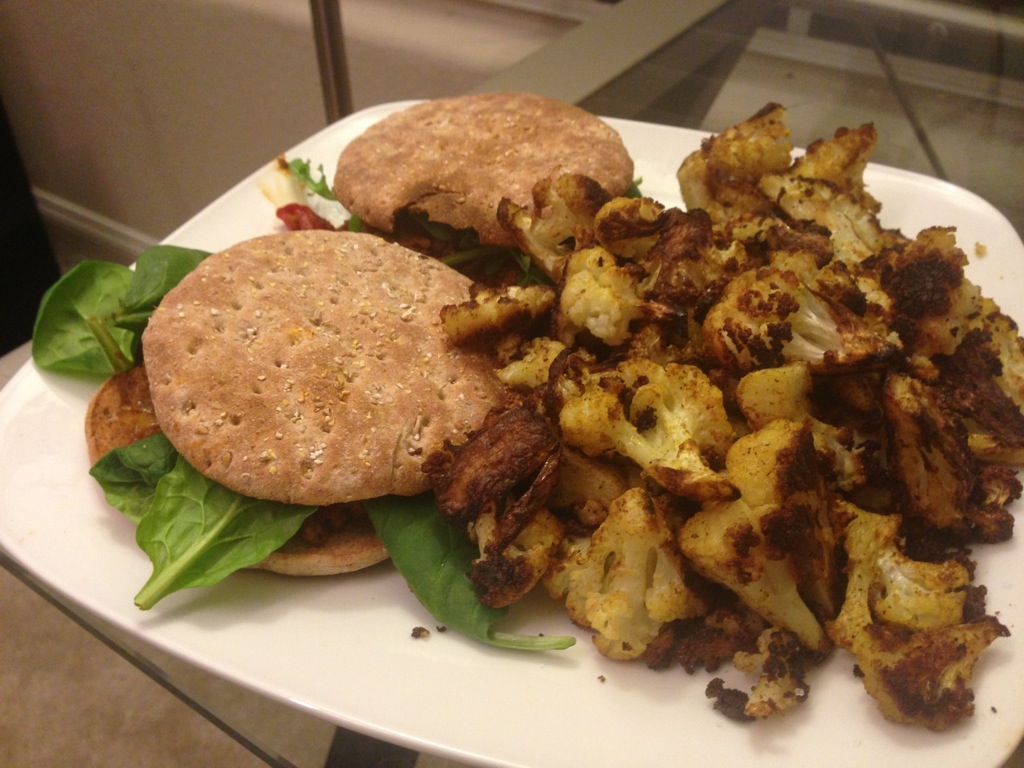 I made sloppy joes using the usual recipe. In addition to regular bell peppers, I also used a bunch of peppers that Meredith gave me (I'll add the kind later). They were really small so I just chopped them and let the seeds stay. They were a bit hot and I was constantlycoughingwhile cooking, but the heat wasn't too bad while I was eating it. Not much more to add than that. I let it cook for a while and then topped it with a mass of spinach and arugula.

I also had curry cauliflower. I was careful to watch it so it didn't overcook. As per the usual, it was extremely good. A nice crisp and lots of flavor. It is also really easy and low in points.

PointsPlus for sloppy joes (all 4):