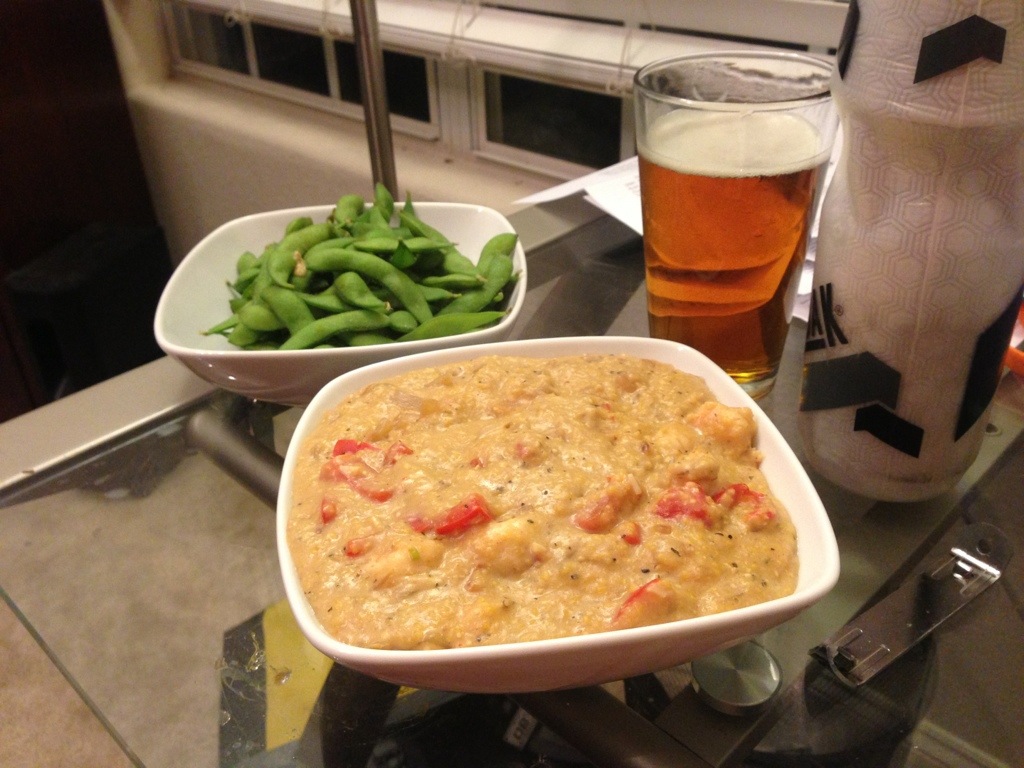 I made shrimp and grits following the idea from the last time again doing 1/2 cup grits to 1.5 cups almond milk and 0.5 cup water. While it was cooking, I sautéd onions and peppers (including some Birds Eye Chiles) then added them. I also added lots of seasonings including some cayenne garlic powder, and 21 seasoning salute. I then added shrimp towards the end. I also added 2 wedges of laughing cow.

Again, the cheese still didn't add much flavor or creaminess (I think). It may be not worth the extra calories. Oh, and I had

13 for a nice sized dinner (plus the edamame)