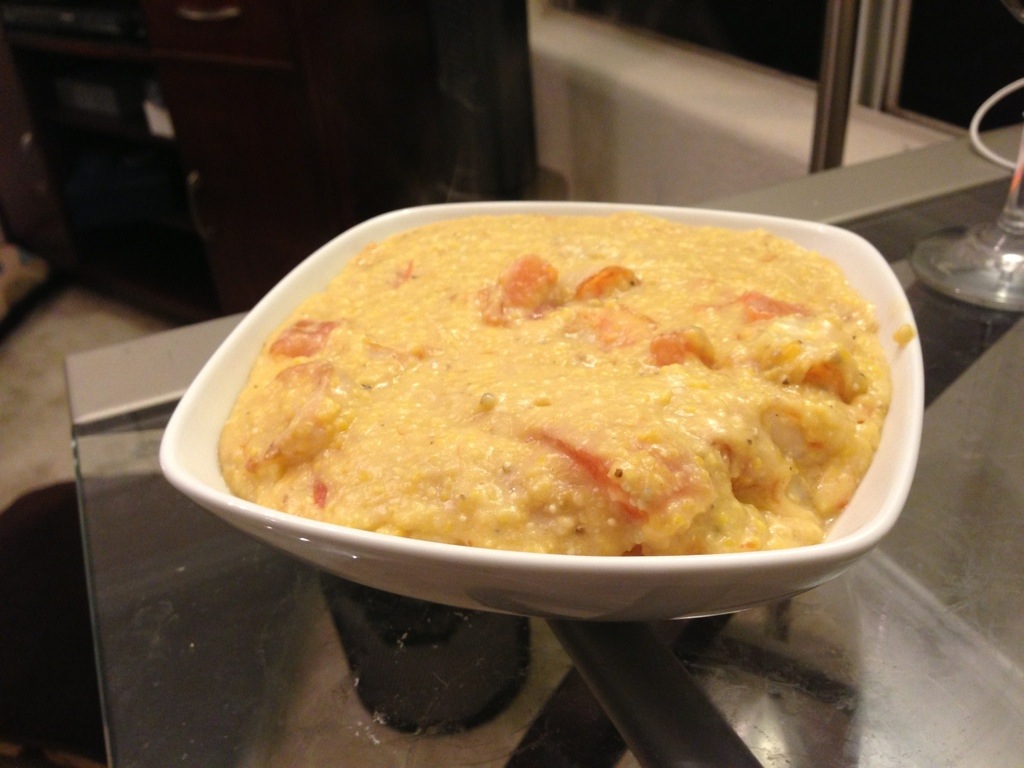 I made shrimp and grits a lot like last time. I only used 1/2 cup of grits but I think I had more shrimp. I did the grits with the directions below, except I used 1.5 cups almond milk and 1/2 cup water. I added a lot of salt, a bit of smart balance plus lots of seasonings. I do not recall all of them, but I know I used crushed red pepper, garlic powder, onion powder, pepper, some habanero tabasco. I also had some tomatoes so I cut them up and threw them in as well. The tomato didn't do much, but I had it so I used it. I also added some colbyjack cheese but not too much. I think I can skip the cheese next time

I just did the shrimp in a frying pan with pam. Nothing special.

Overall, the meal was pretty good, though not as good as I recall it being last time. Maybe I should have done more to bring out the shrimp flavor. As I said, I'll skip all cheese next time as it gets lost. 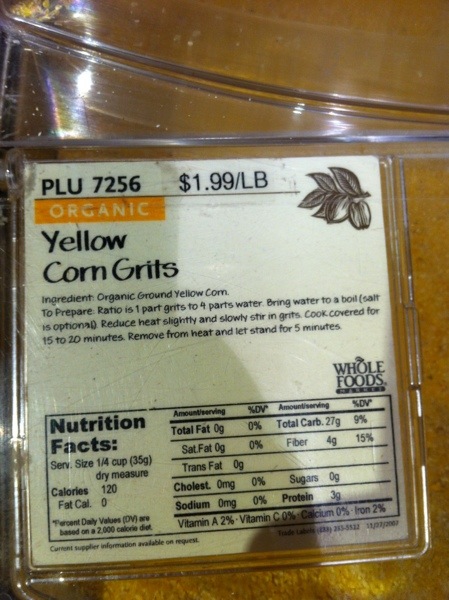