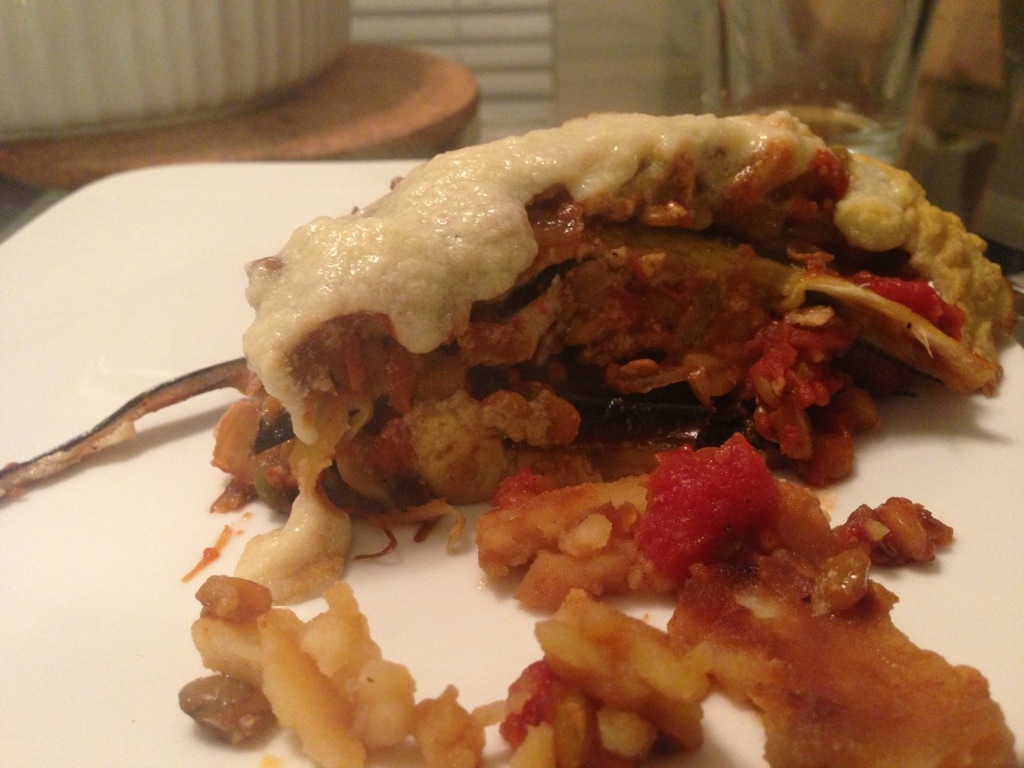 This was different. I made lentil Moussaka. I basically followed the standard recipe except instead of beef, I added 1-1/4 cup dry lentils. According to this Kitchn post you should be careful cooking lentils with acid because they can remain hard. I decided not to heed that and let it cook in the tomato sauce. Well, they were cooked but still noticeably crunchy. next time, I'll cook them separately and then add them towards the end. I also added more seasonings as I went since it didn't have the usual flavor.

Also, I made the béchamel with regular flour (no point change) but I used a more gentle heat. This worked well. I think I got a better sauce that tasted less flourly.

Overall, it was pretty good. Nowhere near as good as the normal with meat, but not too bad either. I do think it needs more seasonings with the lentils.They are much healthier and vegetarian for Emily. Again, it made a lot. At least two big dinners and two nice size lunch type portions. And, as I said above. much lower points with the lentils