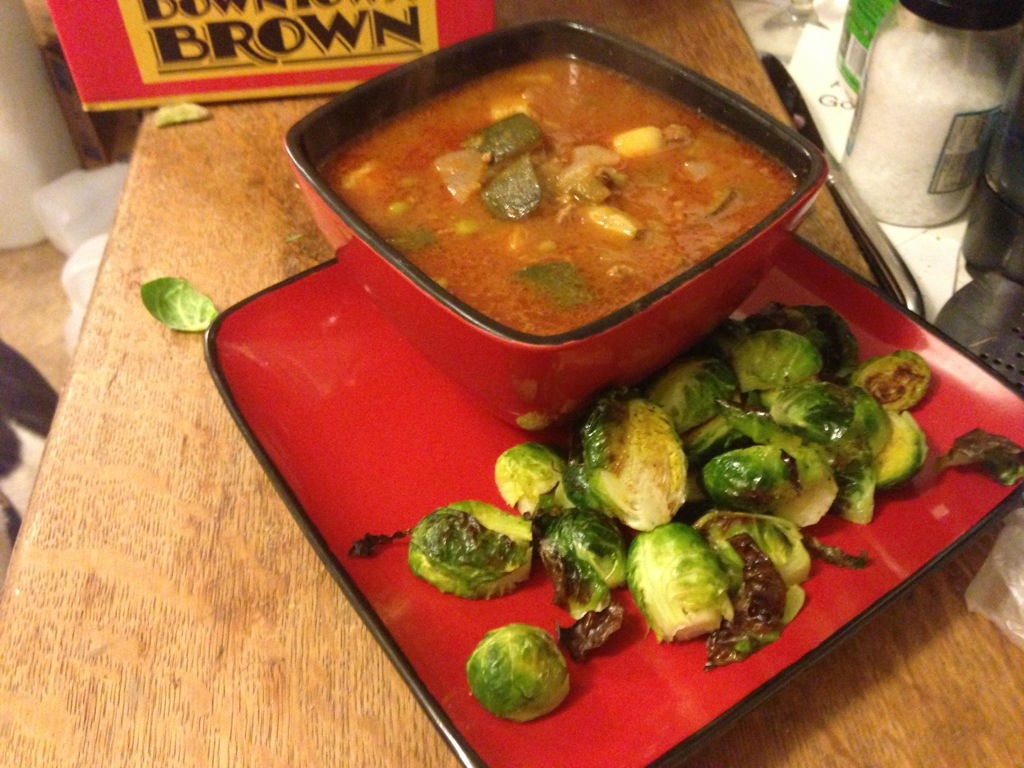 I made this at Adam's apartment. I used roughly the normal taco stew but we really just threw it together more than anything. I used extrazucchini, more meat, lots of salsa, etc. I also used peas instead of corn since that is all we had. There reallyisn't much more to tell about it. It was pretty standard. As a side note, we didn't have any sour-cream or yogurt so we used bleu-cheese dressing. It was actually a really different but nice flavor.