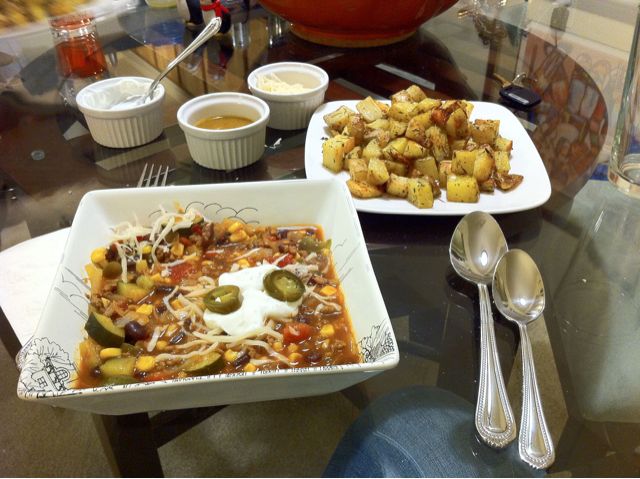 Meredith found some good recipes on the Whole Foods Blog so we decided to give one a try (and we plan to do another one on Wed). The recipe is copied below.

We basically followed the recipe for the stew but added a jalapeno pepper, used hot salsa, used extra garlic, and used 93% lean beef instead of 85%. Also, we let it simmer for longer than stated. The points were rather low but I did not calculate them exactly. It made 3-4 servings easily.

Since we were cutting time a bit closer on the potatoes, we cubed them and then microwaved them for a bit to soften them. We seasoned them with the classic, parsley (dried), sage (dried), rosemary (dried) and thyme (fresh). I also added some salt, black pepper, and garlic powder. Baked them on 400 for about 30 minutes.