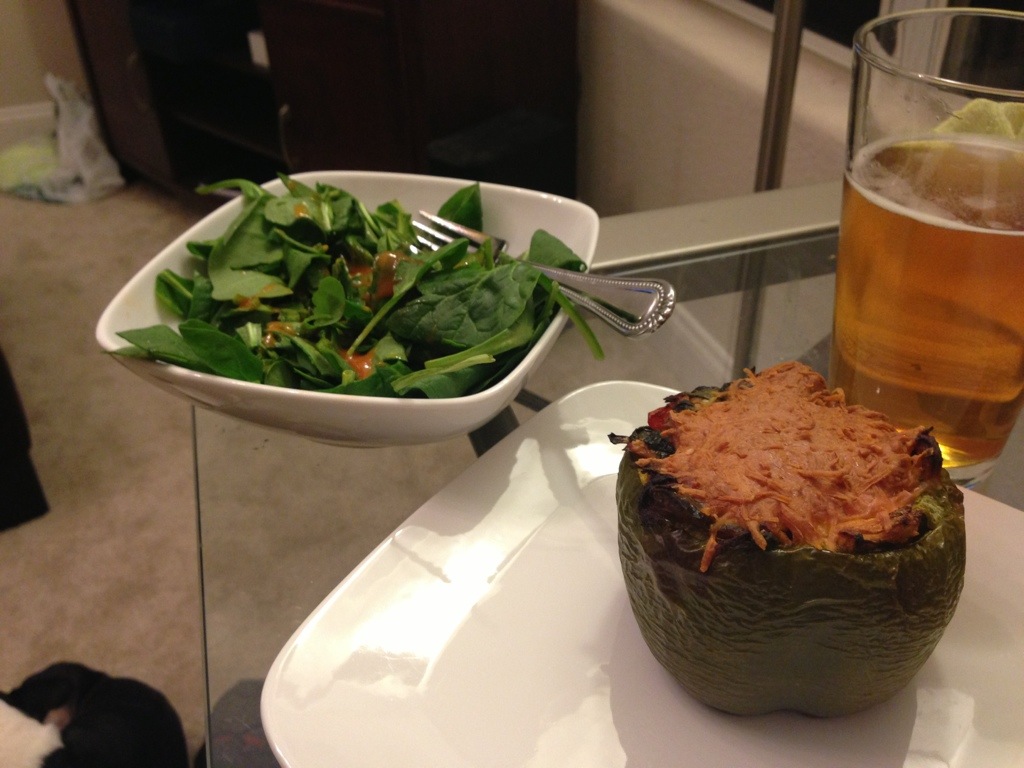 The original plan was to make something like the buffalo chicken poblanos but I couldn't find poblanos and I only had a smallpiece of chicken. So I used green peppers and I made a filling with lots of vegetable fillers. First, I cut the pepper and baked it in the oven (425°F) while I was preppy the rest so it could pre-bake. I didn't time it butI'd say it was about 20 minutes. I made a filling with the following:

I used goat cheese instead of Laughing Cow wedges because I thought it would add more flavor. I didn't end up tasting it at all so I probably won't do that again. When this was all done, I filled the peppers, topped them with a bit more shredded cheese and baked them at 425 for half an hour.

It was very good but very wet. When I cut into the pepper, water basically poured everywhere. I ended up cutting it so it was basically like eating the filling with a bit more pepper. I still enjoyed it but I think I need to do a better job draining the drying the filling first. And maybe use fewer peppers in the filling so that the pepper shell's flavor didn't meld into it.

I also had a plain spinach salad.

Points Plus for the peppers:

15 for two so figure 9 for last night (since I ate the extra filling) and 7 for lunch.