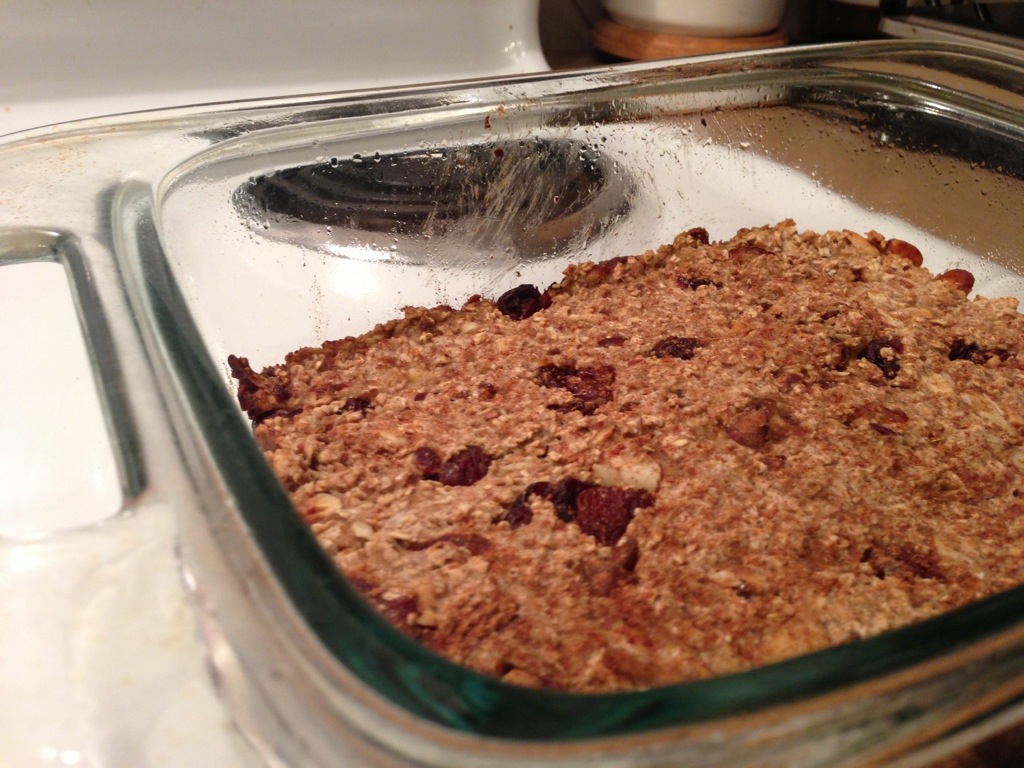 I made Banana-Oat bars for a long bike ride the next day. I figured I usually have oatmeal with a banan for breakfast so I could just have half of this recipe for breakfast and take the rest for snacks on the ride.

It was based on the recipe below but there is a lot of freedom. I used a bit less than two cups of oats since it is what I had, and it was quick oats (smallerpieces) so they were more dense. I also used about 2 1/4 banana since they were small. I added some almonds (slices; toasted first), chopped dates and some cranberries. I also used a bit of Splenda. Finally, when I pressed it into the pan, I then sprinkled it with pumpkin-pie spice.

I like the bars a lot. It was certainty more interesting than just eating oatmeal and also a lot easier since I could eat while getting ready. I ate half for breakfast (1 cup of oatmeal) and then I had a quarter as a snack at one point on the ride. I liked the dates and the cranberries however I wasdisappointedwith how lost the almond flavor was in there. I would havepreferred to use the slivered kind but they didn't have them. I'll probably just skip them in the future so as to not have the calories with no flavor.