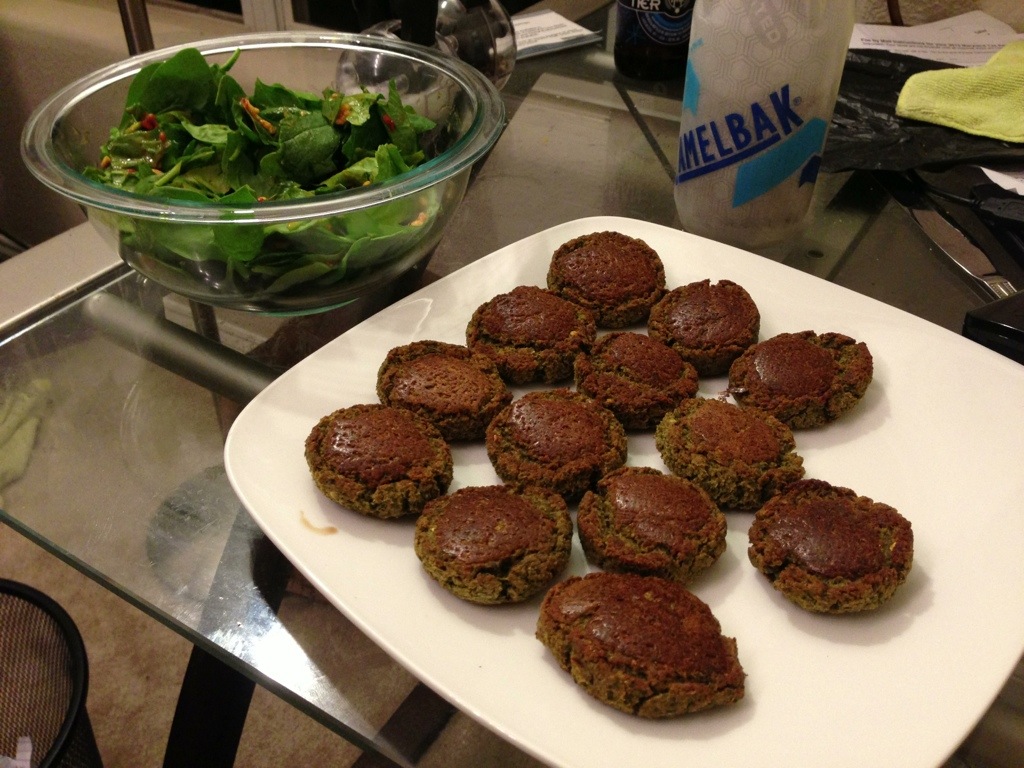 I made falafel. I based this on the regular falafel, but again using the food processor like last time. The biggest changes were that I went extremely heavy on the parsley and cilantro. I basically just chopped a bunch of each. That explains the very green color. I also went heavy on all of the spices. The other major change was that I used rye flour since I had it out and accessible. (I actually made the dough the night before and just formed/baked them today). I also used 3-4 tbsp of flour to counteract the extra wetness from the food processor method.

I also cooked it for 20-25 minutes per side instead of 15. And I did it on the silpat which worked very well. They were very, very good

. Lots and lots of flavor. And pretty easy too. I think refrigerating it overnight helped too.