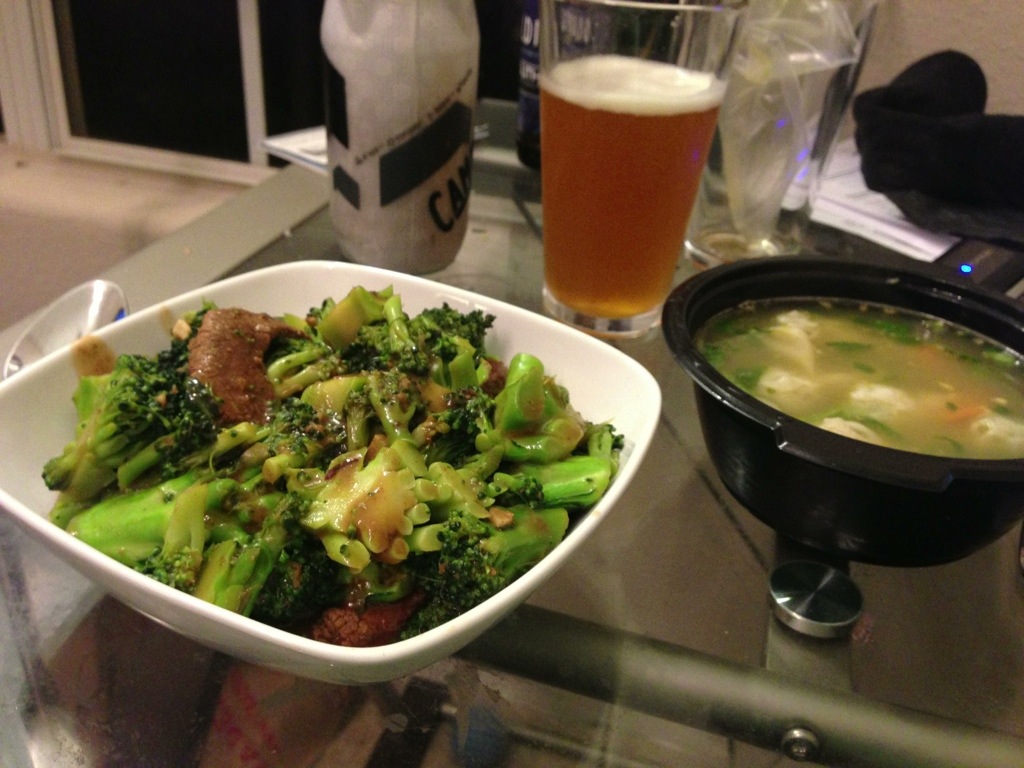 I madebroccolibeef based on the recipe below. I note my changes there as well.

Major changes: brisket for hanger steak. Used 0.6lbs. They were out of hanger and this was very lean so I figured I'd use it. I also steamed thebroccoli. And went heavy on the marinade ingredients. Added siracha to both marinade and sauce

Next time: Cut the beef even thinner. I'd use brisket again, butI'd trim the small fat layer on the bottom since it didn't cook off enough and made it hard to eat.

Thoughts: I liked the recipe a lot and it didn't need many changes. I was actually surprised that the sauce was enough to coat everything but it did. It made enough for a light-to-medium dinner and lunch. Plus, it's really healthy since I steamed instead of boiled the broccoli.

I also had TJ's wonton soup. The points were low with about 10 for the beef (it was lean), plus the small amount for everything else.

(This recipe is now in my Recipe Book [with changes noted])