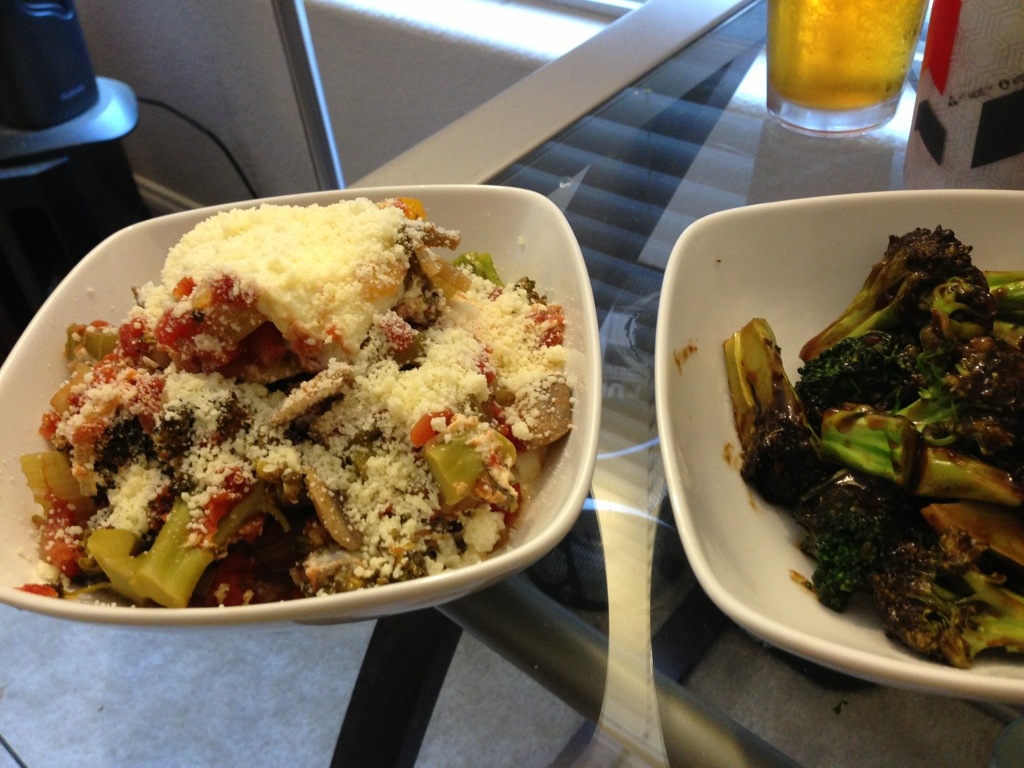 I threw together shakshuka from the following:

I did the onions and shallots first, then added the peppers, then the rest. I let it cook for about 30 minutes or more and then poached eggs inside of it. I topped it with grated parm cheese. It came out very good. Lots of flavor. And the broccoli was nice and covered with the tomatoes. I probably could have cooked it a bit longer, but it was fine. It did have a nice spice to it, my guess is it was the jalapeño seeds.

I also tried to make something with the rest of the broccoli. I had the dipping sauce from tuna tataki(from 2013-05-02). I strained it to remove any chunks of stuff, including some old tuna that was there. I added some (actually, too much) corn starch. I then steamed broccoli a bit then added the sauce. As I said, it was too much corn starch and the whole thing thickened too much. That wasn't so bad, except that the sauce was extremely salt and way too lemony. It may work well for a tuna dipping but it pretty much failed for coating/stir-frying broccoli. I ate a few pieces and threw out the rest.