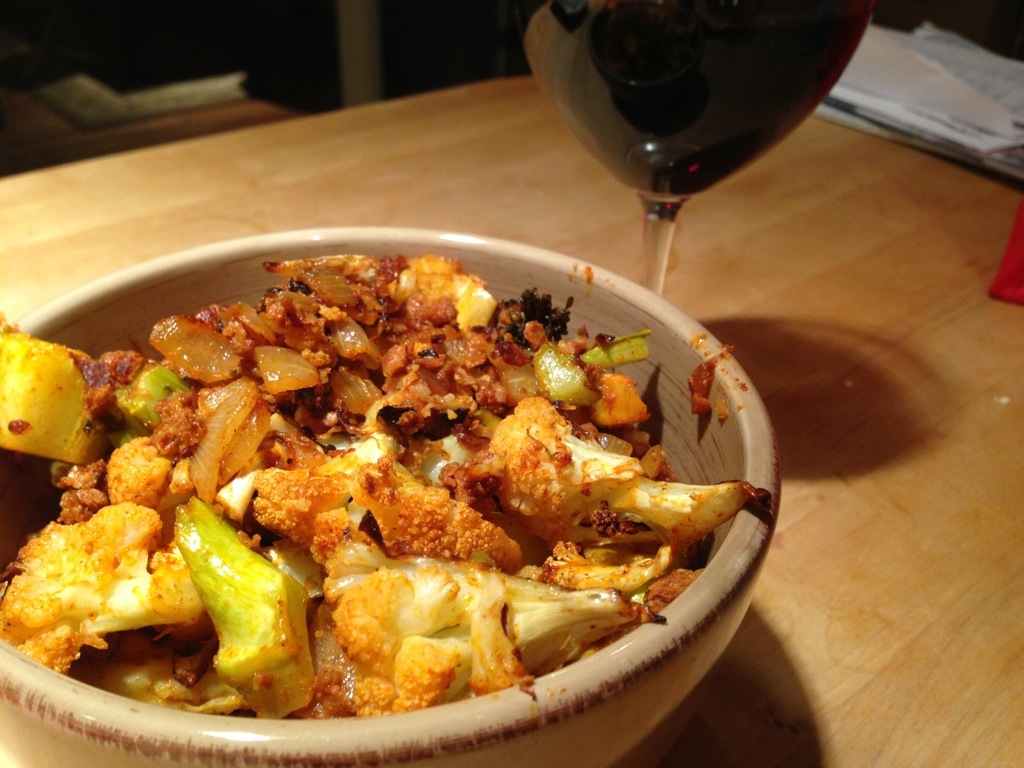 This was again making Soy ChorizoCauliflower like we did on 2013-03-18. Wesprinkledthe cauliflower with salt, pepper and paprika and roasted it for a bit. We didn't time it but took it out when it looked done. It has somecrispinessto it, but I think in retrospect, we should have roasted it longer and hotter. Also, we had some extra broccoli stems in it from the night before.

After it was done, wesautedup a small onion and about 2/3 of a thing of Trader Joes Soy Chorizo. That stuff is very, very flavorful. While it wassauting, we added a bunch of capers plustheirbrine and mixed in all of thecauliflower. There may have been something else, but I do notrememberwhat it is at the moment. Note that last time we used the whole chorizo. We were fine with the smaller portion today

Note that theentirething of the chorizo is just under 5 servings at 4 points each. So, our entire (2-3 servings) dish was about 13 points. Plus a few here and there for oil, etc.