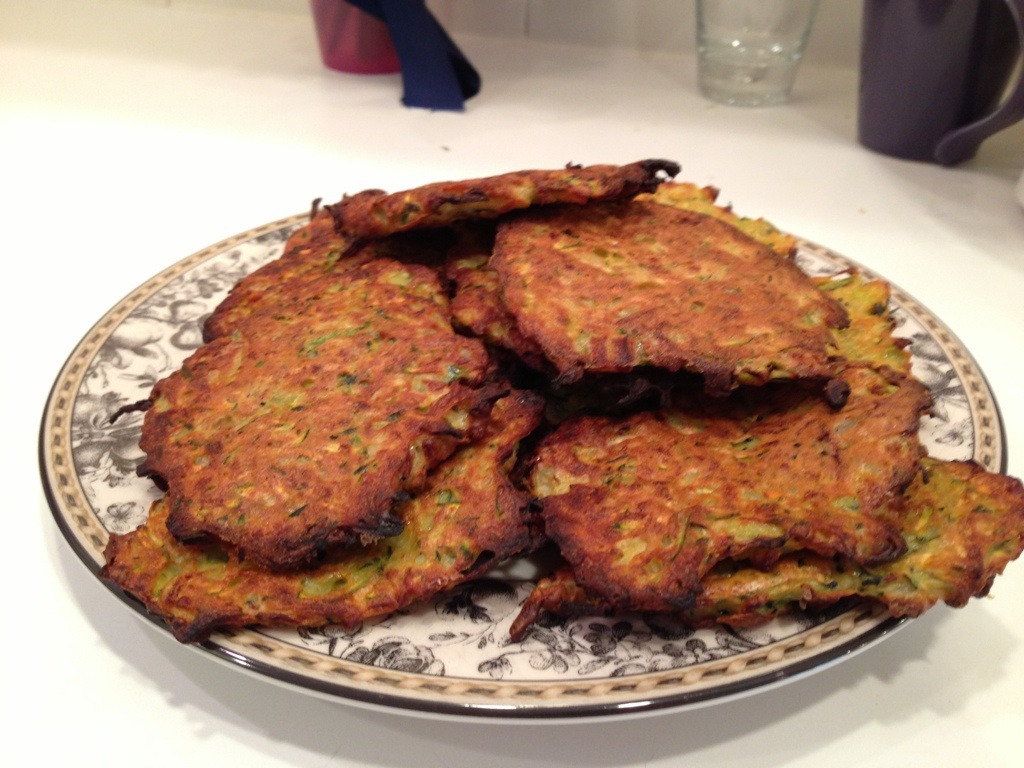 I madeZucchinifritters at my moms. I tried to basically follow the recipe but I messed it up a bit. Most of the issues I had were that I didn't add enough salt at first, thought it was too dry, added an extra (real) egg, and then the salt. The extra salt_then_ pulled out the moisture. I ended up having to add lots of extrazucchiniand flour.

I also cooked them in a convection oven. One tray seemed normal while the other seemed floppy and not quite cooked. However, after I flipped them, Iseparatedthe trays more in the oven and they all seemed to cook nicely enough.

Other than that, they were pretty good. I think I may have used either too much and/or too potent of black pepper as that flavor was strong.