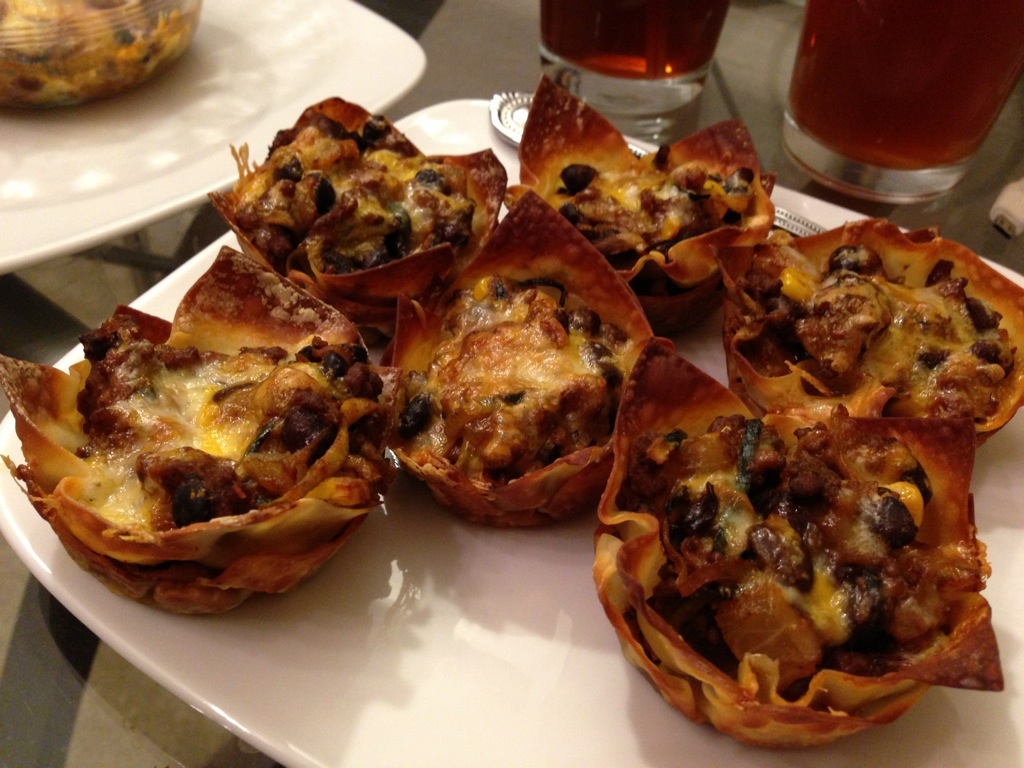 I made taco cupcakes doing the pretty standard mixture. I used 2/3 lbs lean beef and a whole zucchinijulienned. I also added beens (which I don't usually do but I have done in the past). I added salsa (which I do not recall if I usually do) and corn. In the taco seasoning, I also added garlic powder, onion powder,cayenne, 21 seasoning salute, and a few other things. The salsa gave it a bit more heat than usual but I really liked it.

I again didn't use cheese on the bottom layer but I did use low-fat mexican cheese on the top. I was a bit worried since the shells were past theexpirationbut they seemed okay.

I also made oven-fried zucchini with the extra zucchini but this time I actually used the right temperature (475). They actually were a bit over-cooked. I'll be more careful next time 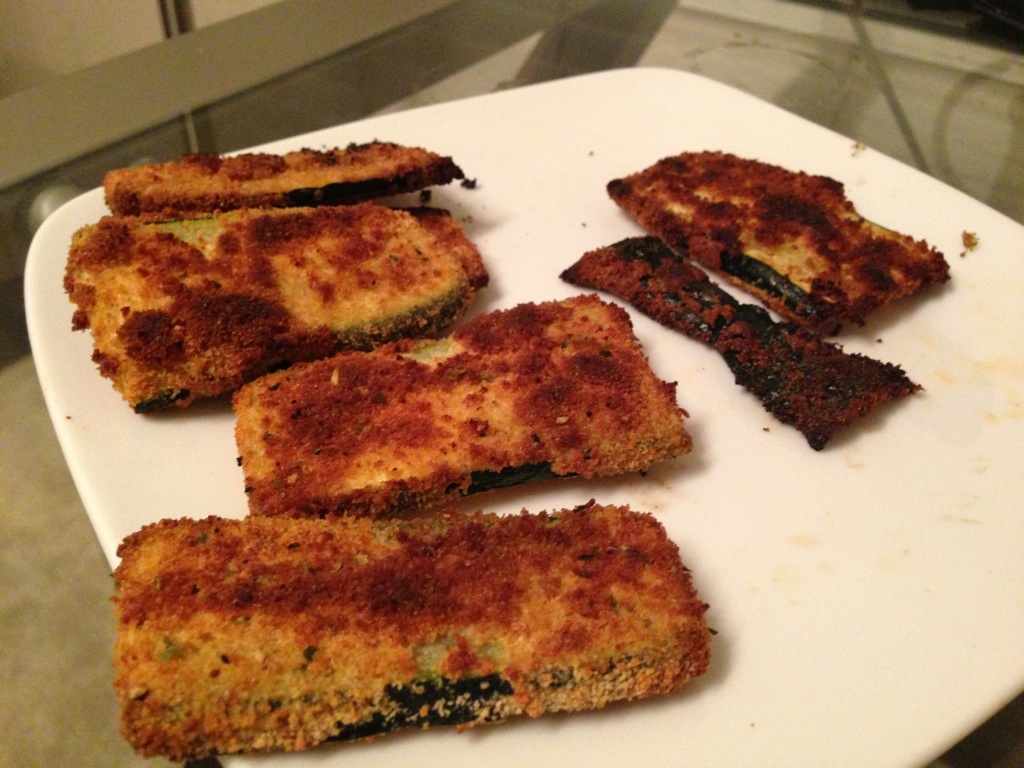