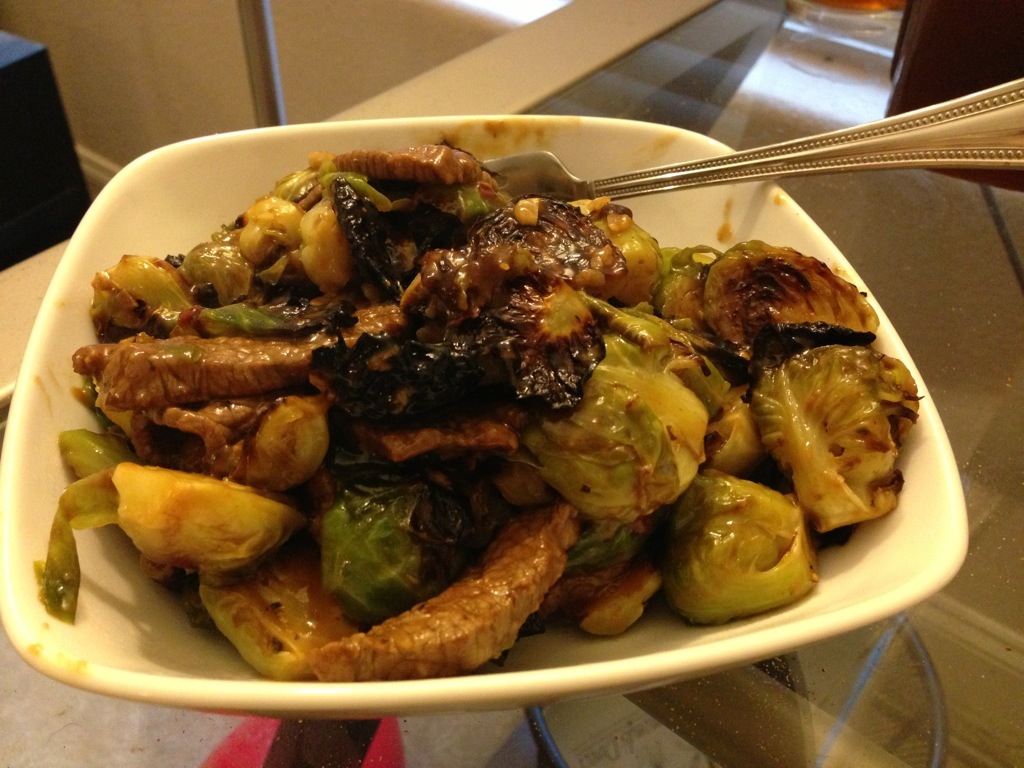 I had this idea when I was at Costco. I decided to give it a shot making one of my favorite dishes,broccolibeef, but with brussel sprouts instead of broccoli. I didn't want to boil the brussel sprouts so I used the oven.

Even though (as I said here), I was tired of doing the brussel sprouts at the extremely high temp, I used it for this since I wanted them not too mushy but cooked. And I knew they would cook more in the sauce. So I did them for 15 minutes at that insane heat

I had used 1.5 times the normal amount of sauce since I thought I had so much vegetables but it turns out that two pounds of brussel sprouts takes much less space than two points of broccoli so I had too much sauce. It was okay though, it cooked down nicely enough. Just a bit more thick than usual. I also added crushed red pepper in both sauces but it wasn't too spicy.

All in all, this was an interesting approach. I wouldn't rush to do it again, but I am glad I tried something new