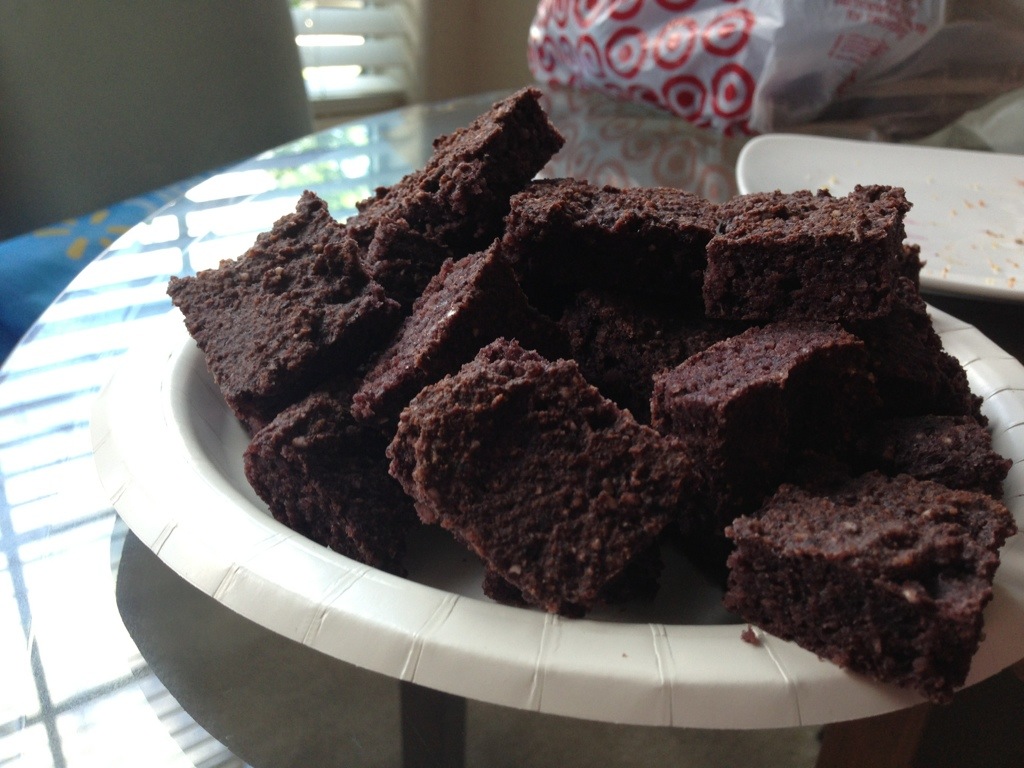 Meredith and I made horchata from the recipe below (tripled). However, we felt like that was too much sugar (3 cups!) so we only did two and figured we could add splenda later if we had to (but we didn't). We also dissolved the sugar in when the water was hot. We used a mixture of thai black rice, and a few others (giving it all a dark color). We added the almonds and let it soak overnight.

The immersion blender was struggling to get through it all so we added some more water and blended it all. We strained it and saved the leftover almond meal.

Here is the real cool thing we did. We took the almond/rice meal, added a bunch of flour (over a cup), about 2 Tbsp baking powder, and 2 beaten eggs. We added flour until it was a nice mixture. We thenlaidit out on a baking sheet (lined entirely with Non-Stick aluminum foil) and baked it at 350 until it felt done. Basically, entirely by feel. Note that the color comes from the thai rice. There is no coco powder, etc.

The flavor of those bars were really interesting. They didn't taste too sweet at first (almost like it needed more) but then they had a really nice finish and after taste. The rice, being not really cooked, gave it a nice bite and the almond added some good taste. Of course, this is the kind of thing I could NEVER do again. We just played it by ear too much!

The horchata was also good. I likedthe flavor and it was better than what I have had in restaurants. Still, it seems like you can buy rice milk and almond milk then infusecinnamonand sugar for the same basic idea