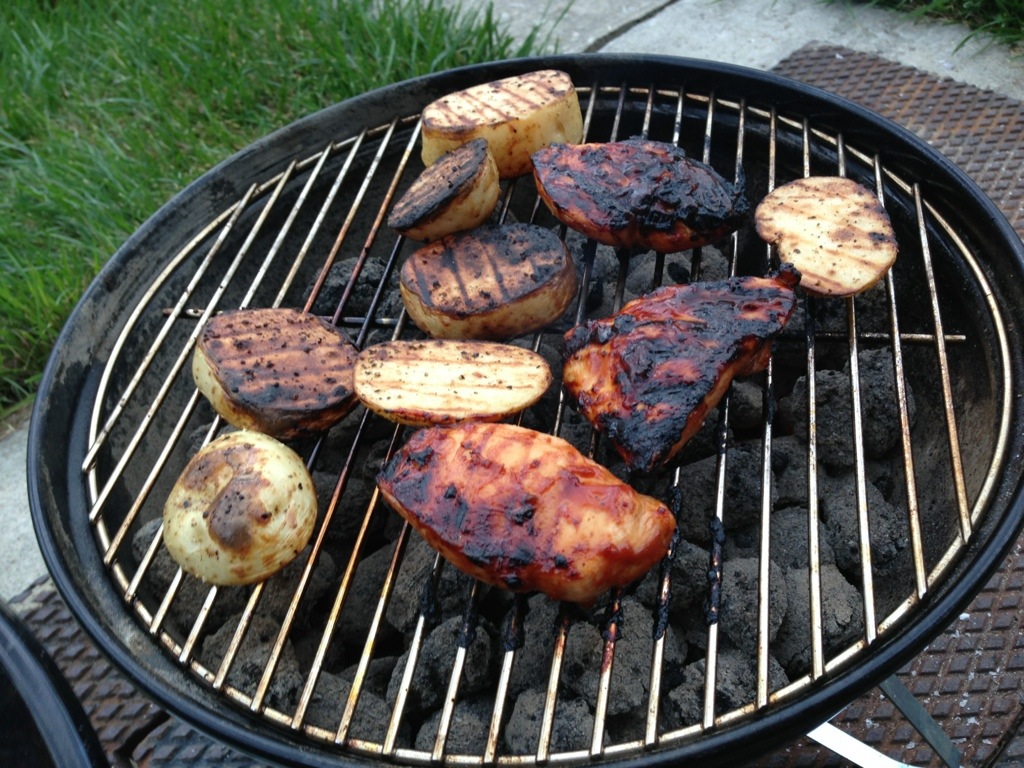 I made grilled chicken and salt and vinegar potatoes. For the chicken, I marinated chicken breasts (cut in half) in Sweet Baby Rays BBQ sauce and then cooked it on the grill. Nothing special. I did overcook them a bit, but I still enjoyed them. The saucecaramelizednicely.

I was originally going to make salt and vinegar butternut squash but my squash had gone bad so I used potatoes. I made lots of changes to the recipe. I used white potatoes instead of waxy, and I used apple cider vinegar since white wine vinegar was expensive. I assumed I could let it boil for less time since thepotatoeswere different so I only have them 3 minutes at a low boil and then turned off the heat. They were lacking a bit of the vinegar flavor so next time, I'll use a longer boil and maybe white vinegar instead. Since I suck at using a charcoal grill, some were more cooked than others. I had to move them to the center where it wasnoticeablyhotter