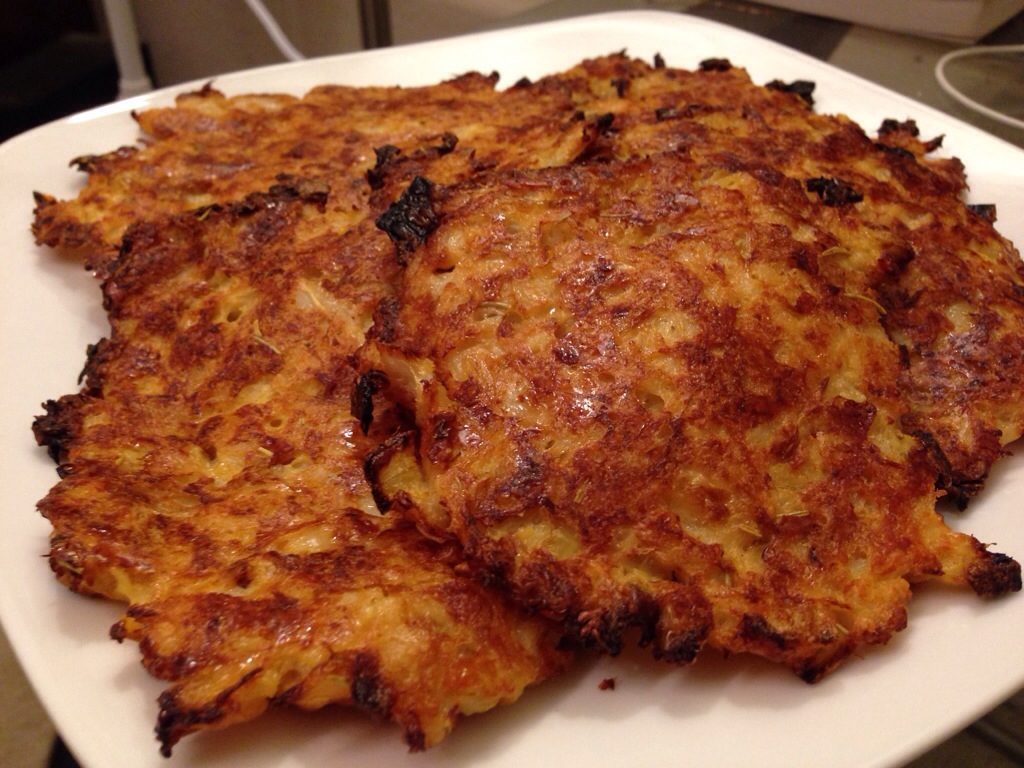 Imade cauliflower fritters kinda based on last time except that I made a lot of changes. They were roughly as followed:

They were pretty good. A bit chewy and probably could have cooked a bit longer but they still had a lot of flavor. I like to have different ways to cook cauliflower so I am happy with this.