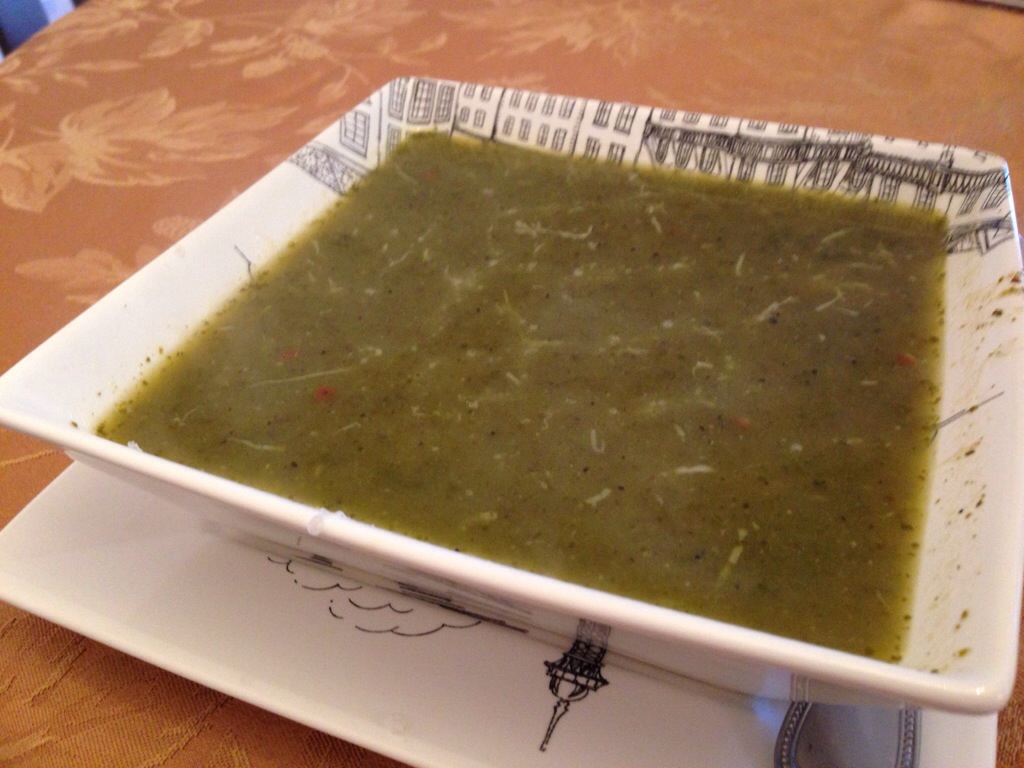 I made Pozole at Meredith's for lunch. I had bought most of the stuff but didn't get to make it so I brought it with me and made it there. I use the standard recipe but I again broiled the tomatillos. I also sliced the poblanos (I did 3 small ones) and broiled them so that I didn't have to deal with flipping them or deal with the seeds.

I also used two jalapeños instead of serrano since it's what I had. I actually used the spinach which I think is the first time. Usually, I skip it.

The flavor was interesting. It had a good aroma and the initial bite was flavorful but then it fell kind of flat. Maybe it needed to cook down and concentrate more.