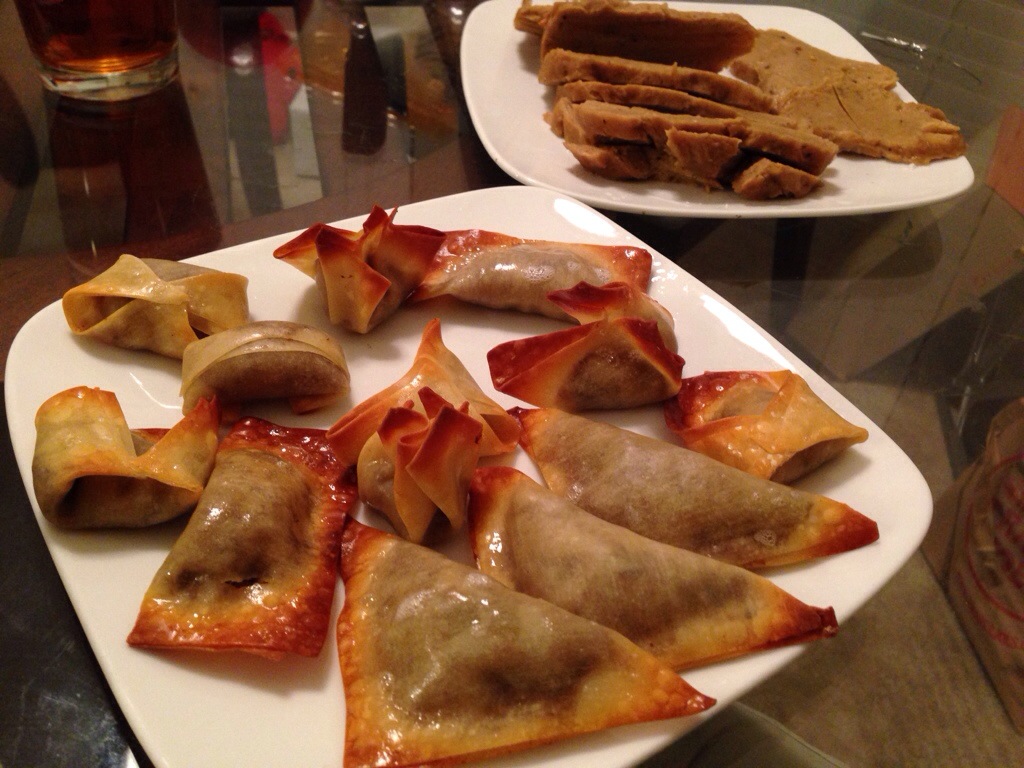 I had been wanting to try making wontons "fried" in the oven so I decided to make them with mushrooms. I took a small onion and cooked it down / sauted it (but slower and with more oil than usual). I used about 2 Tbsp of canola oil. I then thoroughly chopped 8 oz baby bellas and 8 oz crimini. I let them really cook down and added some white wine and I let it cook down even more. I then took half out and immersion blended it so it was a mixture of chunks and smooth mushroom.

I then made a bunch of different wonton types as you can see from the above and below picture. The complete half-folds held the most which was good to know for the future if I want to use something else and actually fill it. Some of the other kinds were cook but really didn't hold much. Actually, the trick I figured more and more was to use less filling. I also used a pastry brush to wet the edges instead of my fingers so that it was easier keep my hands dry.

I also made seitan using the same idea as here with even less soy. I also used white wine in the sauce. I made 2x the recipe and froze half for another time. Again, I mixed it first in a bowl and then the food processor. That works really well to not make a mess. 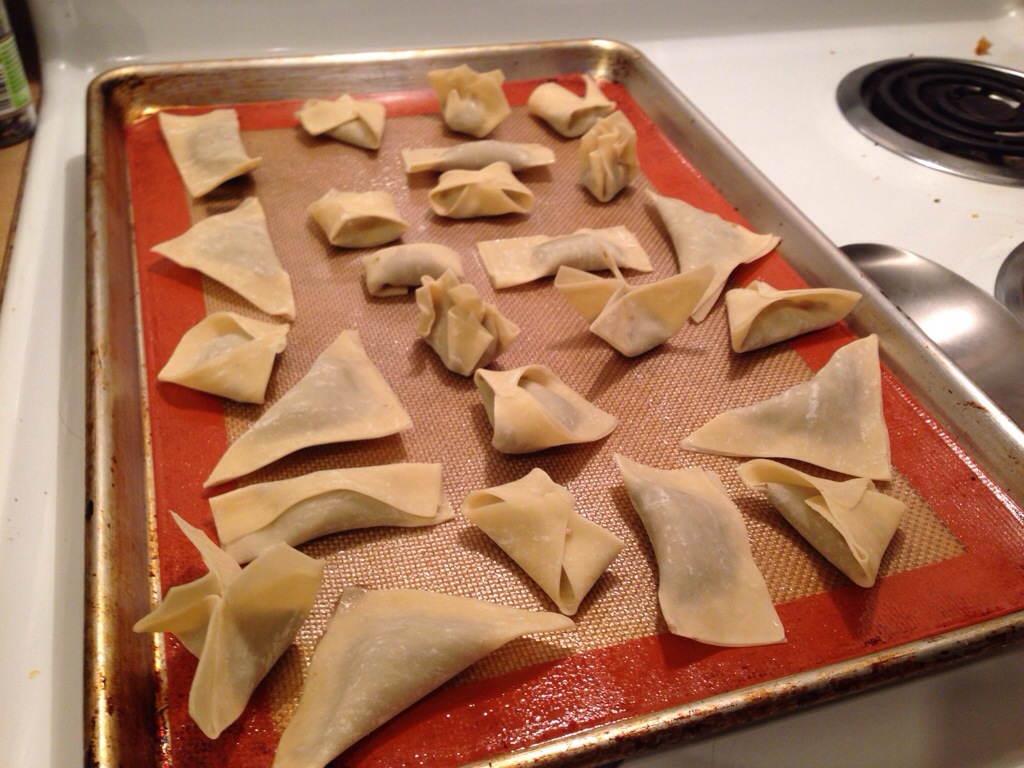