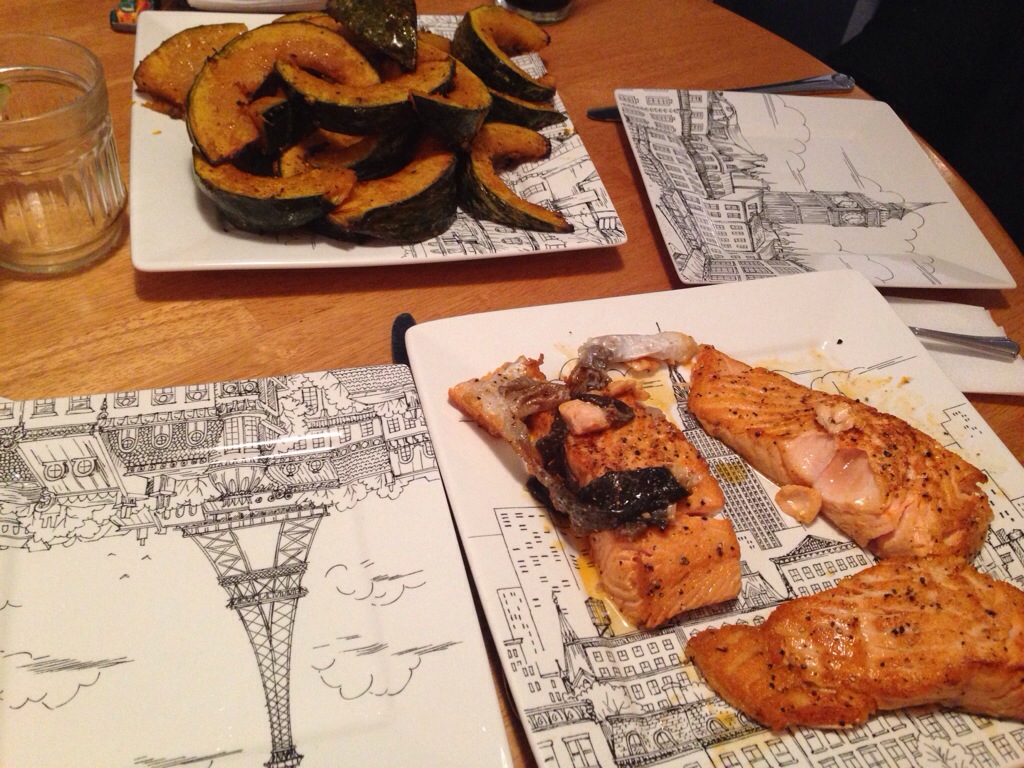 I made dinner for me, Meredith and Emily. First, I made seared salmon using roughly my usual technique. Ididn't have cast-iron so I used a stainless steel pan and I added a bit of coconut oil. I took them out of the oven a bit too soon making it slightly undercooked but still very good. Also, the skin came off a bit in the pan as you can see (they are a bit broken). I then took the skins and fried them in the leftover coconut oil and they came out really crispy and good. I could have probably done with less coconut oil (or none).

And I made a Kabocha squash. I followed the instructions from NomNomPaleo, but really, all I did is as follows. I cut the squash into wedges with the skin on. Then pam the squash and the tray and sprinkled it with salt and pepper. I cooked it for 30 minutes at around 400 flipped at the 15 mark. However, the temperature was probably not exact since the ovenisn't exact and I upped it at the end for the salmon.

On Emily's suggestion, I ate the whole thing, skin and all! It was so good. The squash had an amazing flavor and the skin was even really good! I would do this again. It was also so simple!