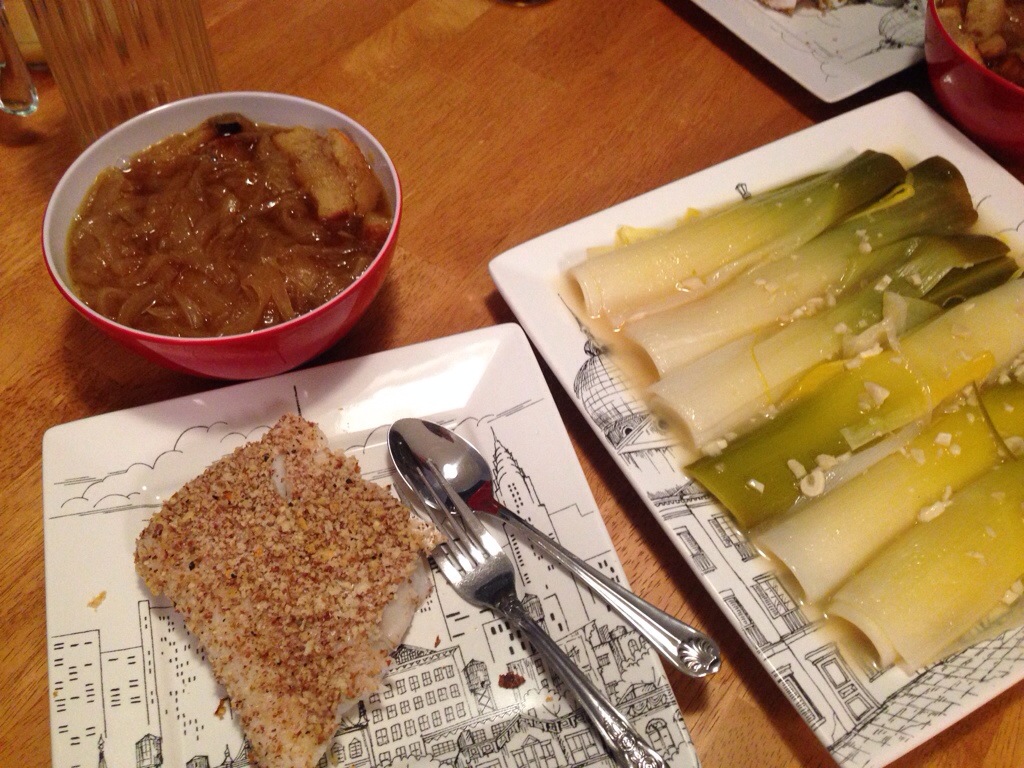 Meredith and I made fish, soup and braised leeks.

The fish was cod that we coated in a mixture of pecan meal, salt, pepper, and a bit of panko. We coated it all around and really patted it on. We then baked it for like 12-15 minutes at 350 (ish--with that oven). It came out pretty good. Not the most flavorful but you could really taste the fish. It probably would have been better if we marinated it or did something like that.

We made french onion soup (sans cheese) with lots of really well reduced/caramelized onions, Then, we made the soup with a mixture of beef and chicken broth and white wine (2:2:1 ratio or so). Not much else there. The soup was pretty simple and pretty good though not incredible. I do not know what I could do to make it more rich.

Finally, we did braised leeks. We cut off the greens and then peeled the outer layer. The rest was from the recipe below. Not too special to the recipe but they weren't very good. They were a bit mushy and stringy. I have never had braised leeks or leeks in any real form for that matter so I have little to compare it to.

It was certainly an acceptable meal but at no point was anything all that special. Maybe we will use some of these ideas again but with changes.