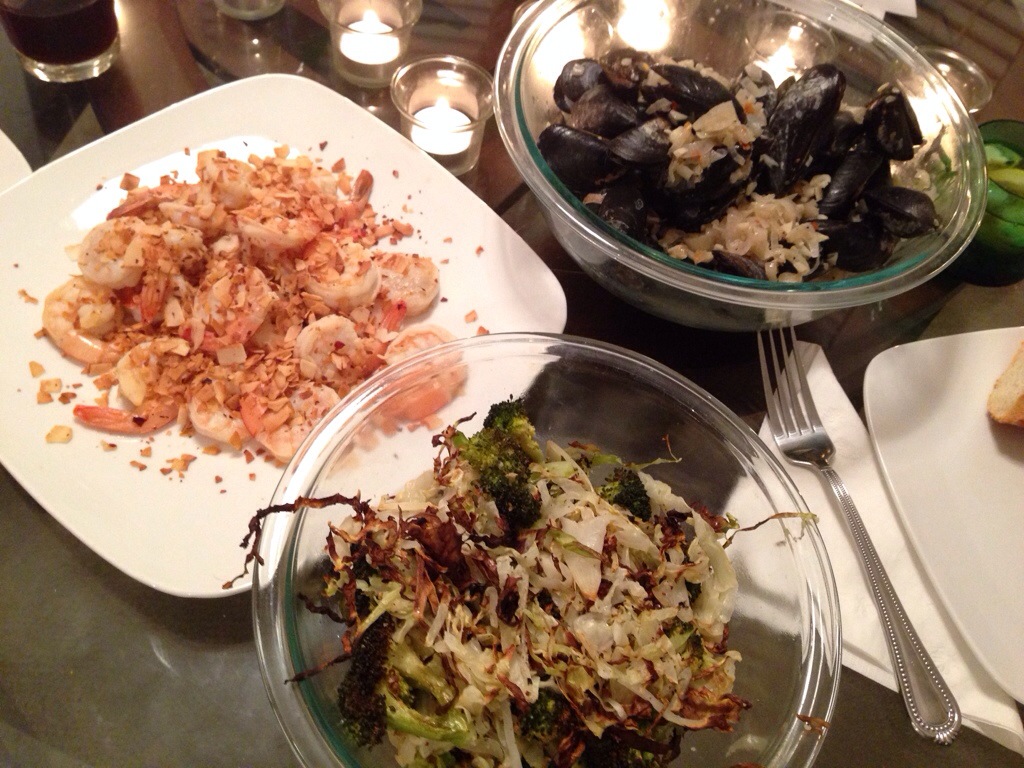 This was mine and Meredith's anniversary dinner. We had eaten a large lunch earlier so we didn't want anything too heavy so we went with seafood. We had Filipino (I think) coconut shrimp, mussels in white wine and roasted cabbage + broccoli.

Mussels: I did this so I know more about it. I lightly sauteed a bunch of scallions in some oil. Then, as they were almost finished, I added 4-5 minced garlic cloves. When they were all aromatic, I added about half a bottle of cheap white wine (Three Buck Chuck). Finally, I added a bit of crushed red pepper. I used the steamer insert to steam the mussels. Later, I actually decided to do another few minutes to cook them a bit more (this time without the basket).

They were really good, though I was disappointed by the number of dead ones before and after. The sauce was really, really good with the crusty sour-dough bread we bought.

Shrimp: Meredith did this so I am less completes sure of what she did. I think she followed the recipe below with a few major changes.

When she combined it all, it seemed to curdle but that didn't affect the flavor. I really liked them. You could taste all of the coconut flavor (probably from the flakes). I would make this again in a heartbeat.

Cabbage: This was nothing special. Justthe normal roasted cabbage but with some (old) broccoli that I had around thrown in. Kind of a let down with the other stuff.