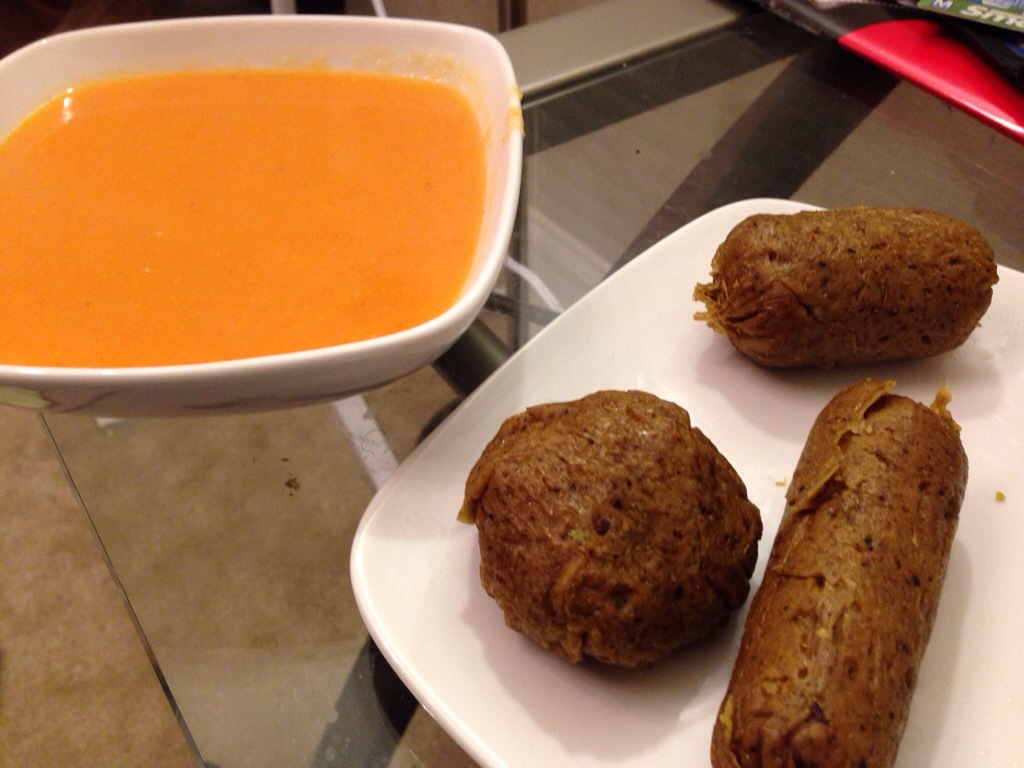 I had done a bit of reading on seitan and most recipes call for a 1:1 vital wheat gluten to water (by volume) ratio. I decided to test it with sausages. I also tried adding all seasonings to the water instead of the dough. I used the following ingredients. I brought it all together and manually kneaded it for 5 minutes. I really liked how it came together. It was easier to form and felt like less of a mass of rubber.

Formed into 5 equalpieces (3 dinner, 2 lunch). Pressure steamed on setting 2 for 25 minutes. (But too much and not good. See below)

I decided to try cooking it like sausages but steaming in the pressure cooker. I do not know if it was the heat, cook time, method (in the aluminum foil) or something else, but I didn't love the texture or the flavor of this attempt. First of all, I forgot the salt! That was pretty noticeable. And too much seasoning. But it just didn't taste like seitan! So, next time, I will do the 1:1 ratio but with more normal ingredients. I think I will still cook it in the pressure cooker but I will simmer (without foil) instead of steam. You can also see that I tried 3 different shapes.

The soup was more straight-forward. I did the following:

I cooked it all for about 20 minutes, immersion blended it, and gave it another 5 minutes. The soup was pretty good. Not overly nuanced like last time but sweet and flavorful. And very easy. It was a bit thick. I would go with another cup of water.