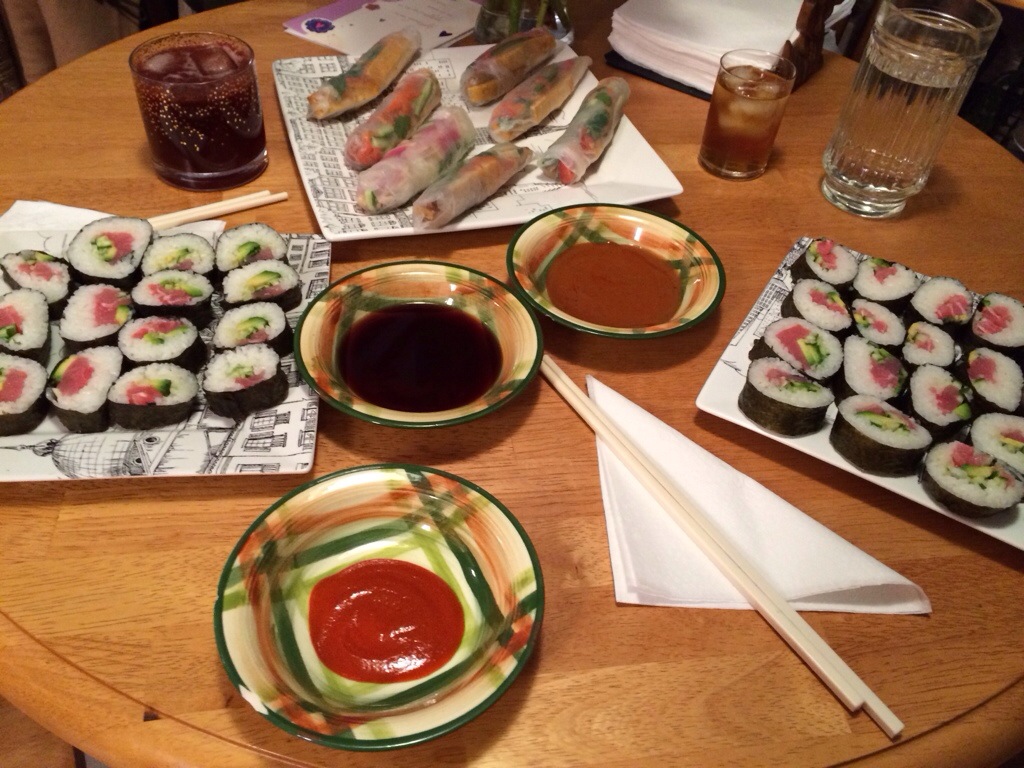 The Tofu was based on Kenji's Method (from Serious Eats). You use boiling water to get more water out of the tofu. Then you press the tofu and finally, pan-fry/sear it. You do not marinate it but after it is cooked, you can then put it in the sauce. We used a mixture of TJ's Soyaki (aka Soy Vay), sriracha and a squeeze of fresh lemon juice. The tofu was very good.

The rolls themselves were good. Some were better and more tightly rolled than others but they were all flavorful. The mushroom pate got kind of lost in them which is unfortunate since it's so good. A tip Meredith discovered is to put down on the bottom whatever you want to be most visible.

We made tuna, avocado and cucumber sushi. We found that at The Fresh Market, they will sell you still vacuum and frozen sashimi grade tuna for a really amazing price! You just have to ask for the still-frozen stuff. We used that and it tasted fine. No fishy flavor at all. Very clean but flavorful.

Cutting it was kind-of a nightmare. It wasn't clear which way the grain went and we forgot whether or not you are supposed to cut along it or against it. Still, we managed to get the 7ozpiece sufficiently cut.

More details on the rice below.

We made the sushi rice using Alton Brown's recipe (also below). The recipe worked well enough. Some layer of rice burned on the bottom but we carefully scraped off of it to avoid the burned flavor. Otherwise, the only change was to go a bit light on the salt since we (a) had less rice and (b) were using a different and potentially more fine salt.

It came out very flavorful but way too sticky. As you can see from some of the pictures, we had a lot of trouble getting a thin layer on the nori and did not have a great rice coating. I need to read up on how to spread it and/or look at other recipes. I did really like the flavor though.

We forgot to buy wasabi so we served with sriracha (which we also had out for the rolls). And soy sauce. We also had some peanut sauce from Whole Foods that wasn't very good. I mixed in a bit of sriracha which helped a little but not much. 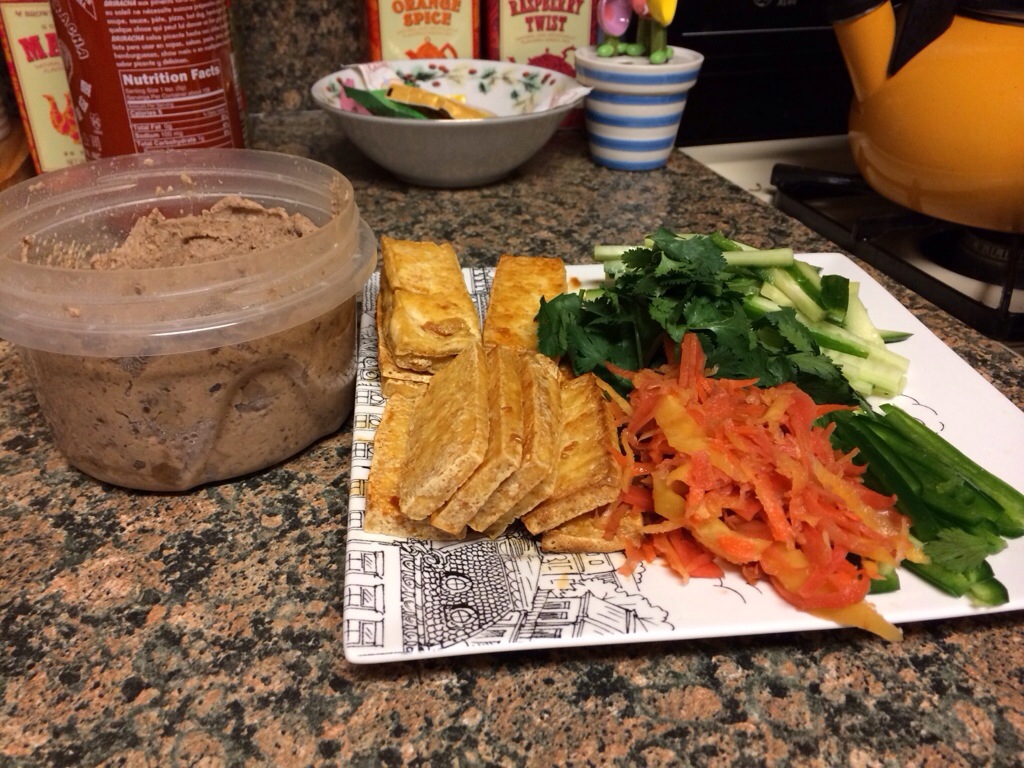 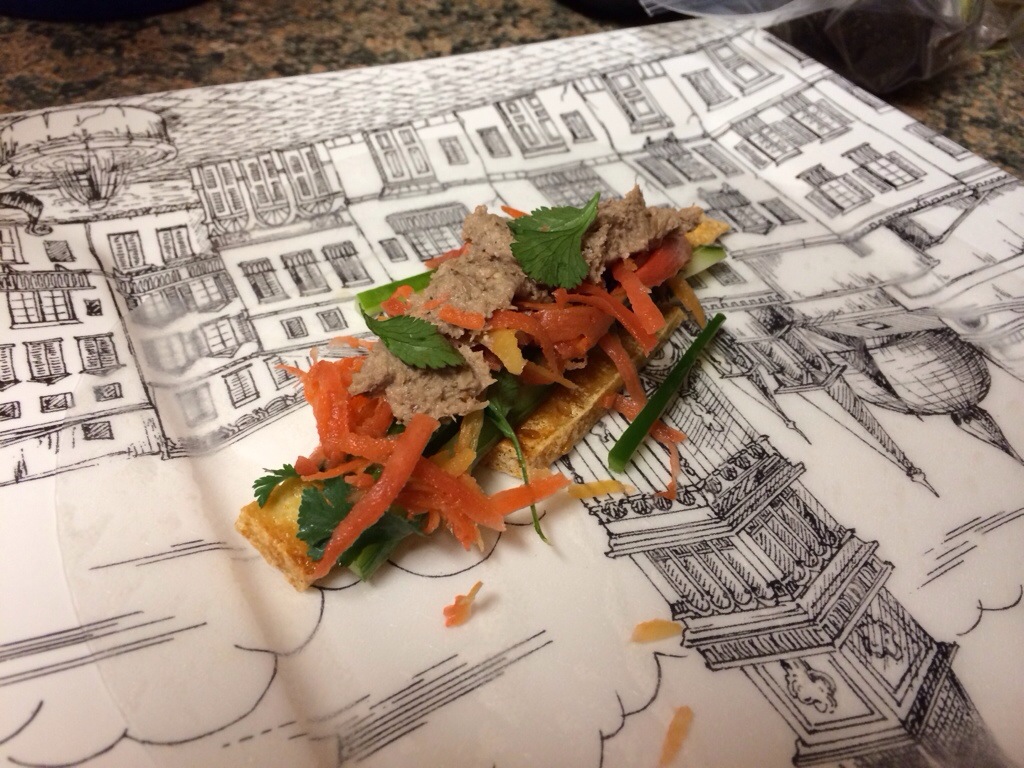 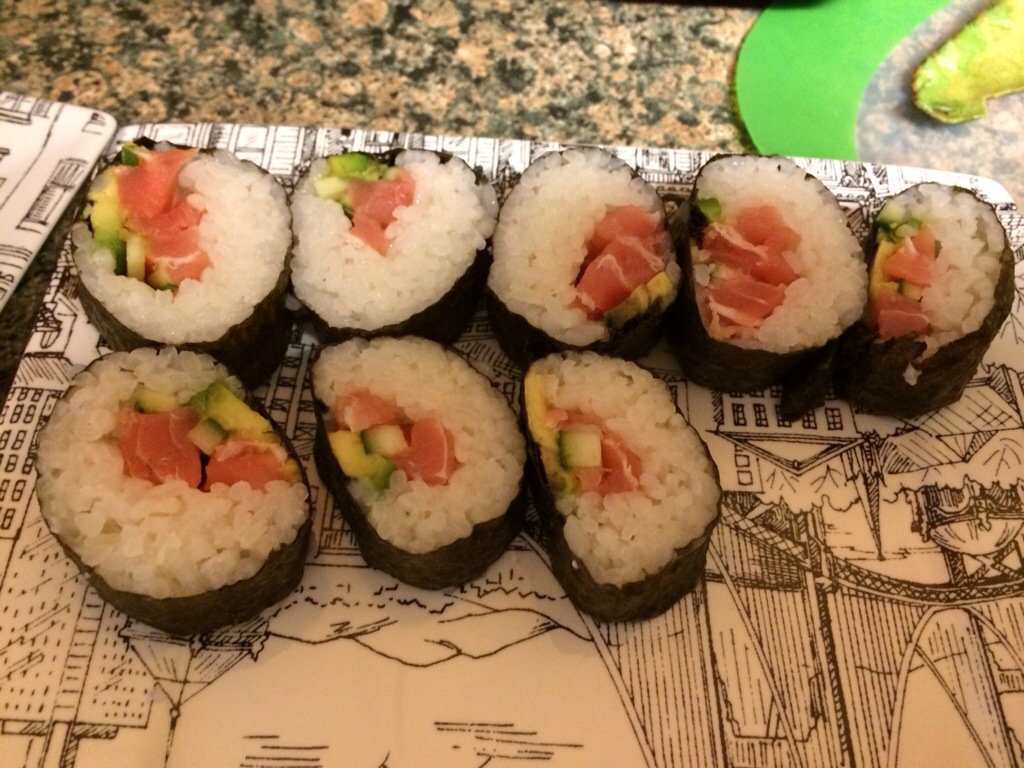 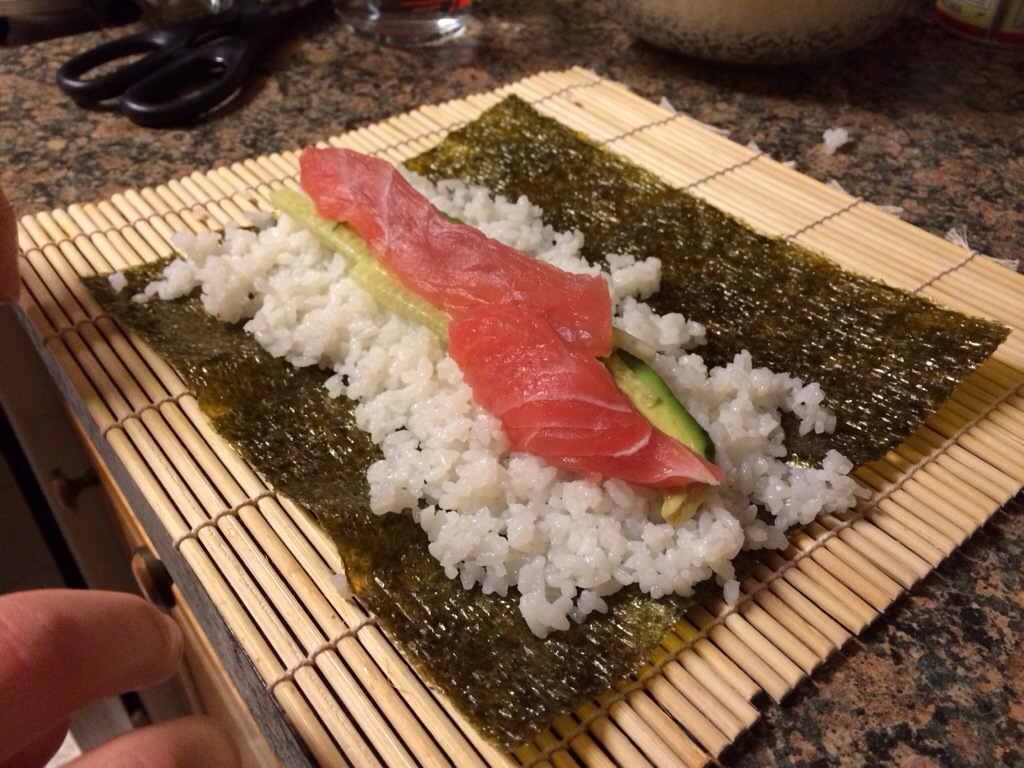