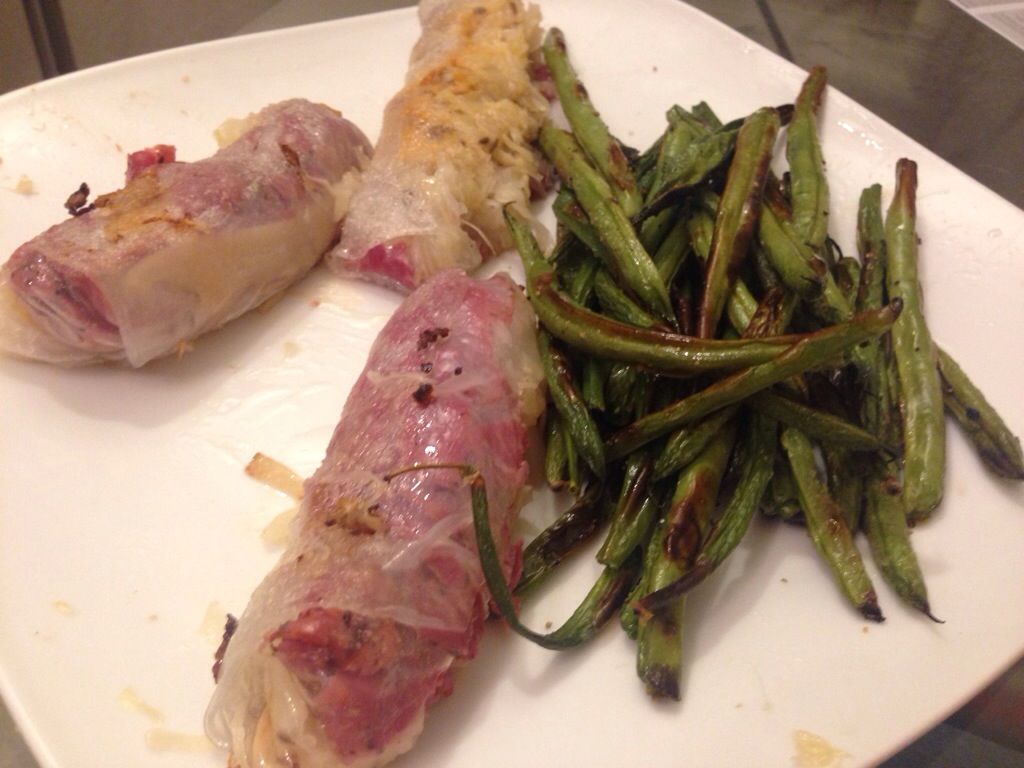 After thesuccess of crepes the last time I decided to try to make reuben crepes. I made crepe batter with Alton Brown's Recipe (not copied), halved, and with rye flour. I also used almond milk instead of regular milk, Brummel and Browns instead of butter. And I combined it in a cup and used the immersion blender. I did it in the morning for tonight. It was very thick but I assumed/hoped it would thin with time.

Well, tonight I went to make the creped and it was way too thick. The first one barely spread and was impossible to flip. I added some water and tried again. They also failed so I tried to make it thicker. Nope! They would spread but I couldn't get it to flip. When I would try to pick it up, it tore.

I have a lot of ideas of what may have gone wrong. They are as follows (in a_rough_ order)

So anyway, next time, I will go back to the eggy recipe from last time but I'll use 50% rye flour. You can see the final rye-egg mush I had at the end in the photos

I had all of the stuff out for making reubens (see the photos). So I pulled out the [22cm] rice paper wrappers and made them into garden rolls. I added a tiny bit of the rye mush (so I could say it had rye) and I also added caraway seeds. As you can see from the photos below, they did a pretty good job getting into rolls but I wanted to melt the cheese.

I recalled seeing someone pan-fry the garden rolls so I tried that. I used a thin layer of oil and pan fried them. Well, they did not hold up well. They stuck to the bottom of the pan and tore. The parts that did not stick were quite good. The roll was kind of crispy and bubbly.

I do not know why it didn't occur to me to bake them. Itwould have been less oil and certainly less rough. Next time.... (update: see this post. Baking worked very well)

Not much to say here. Itoccurred to me that while I claim the bestway to cook all vegetables is by roasting1, I have never tried it with green beans. I read around and settled on 15 minutes at 450. They were pretty good. Mushier but I enjoyed them. 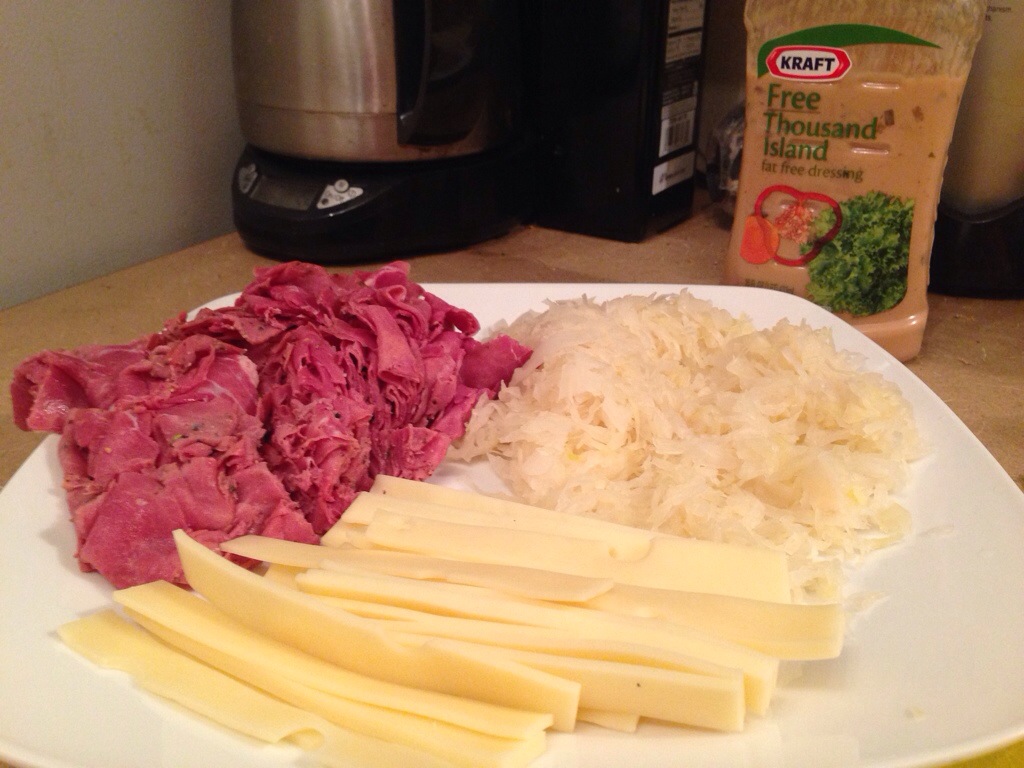 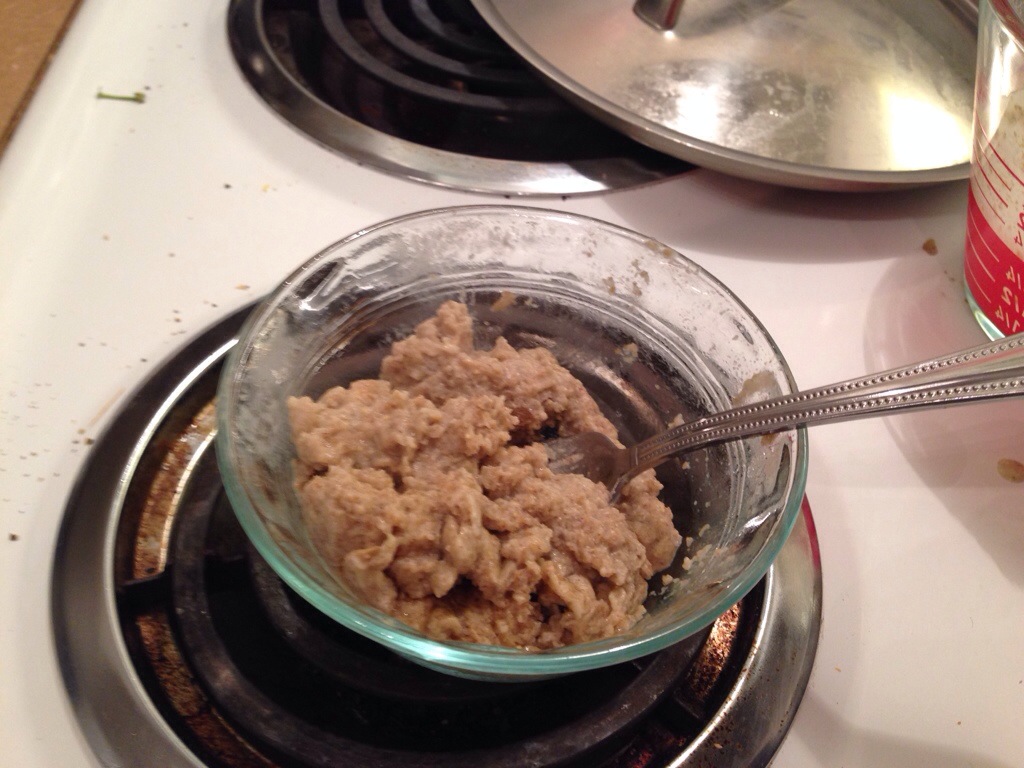 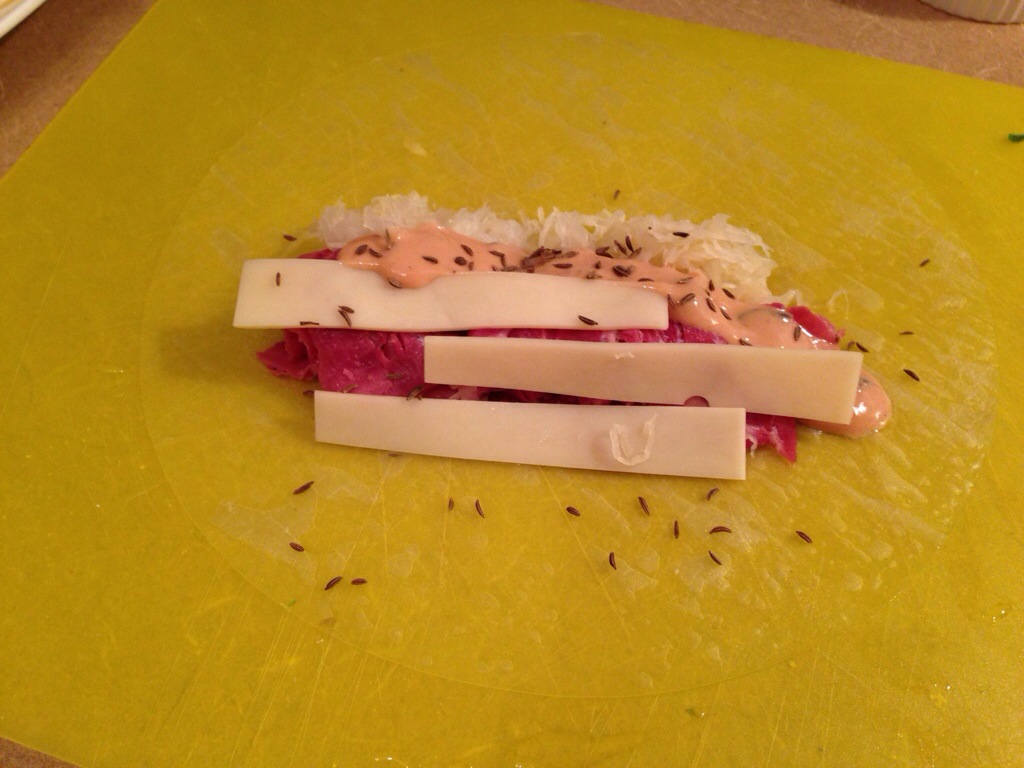 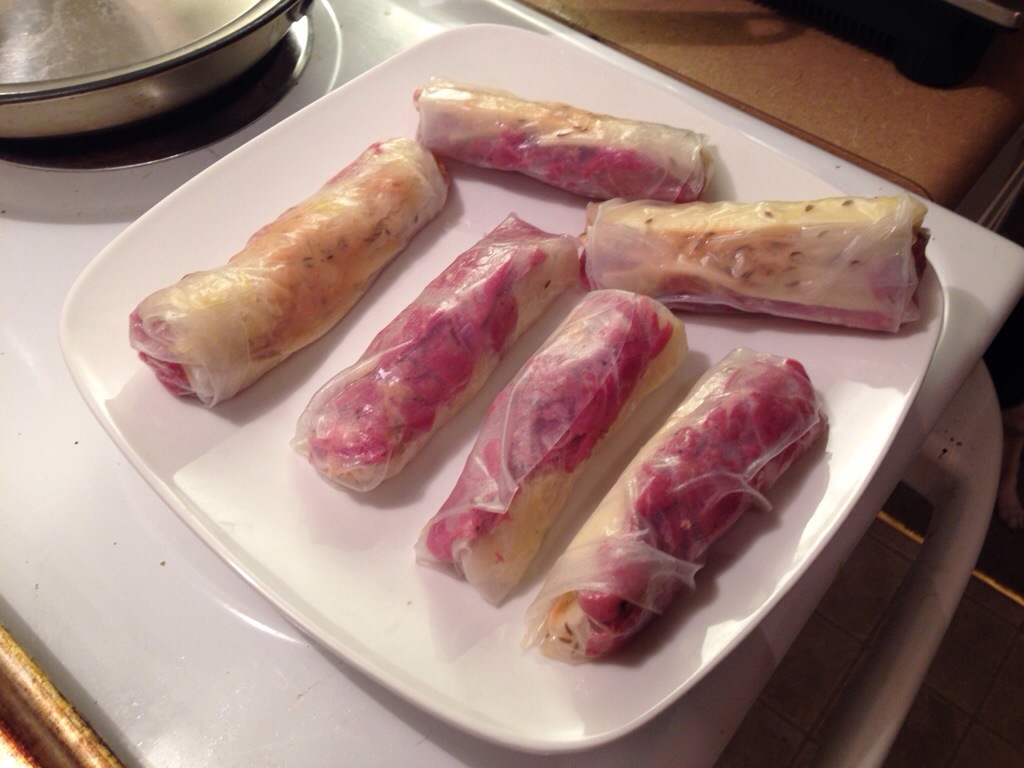 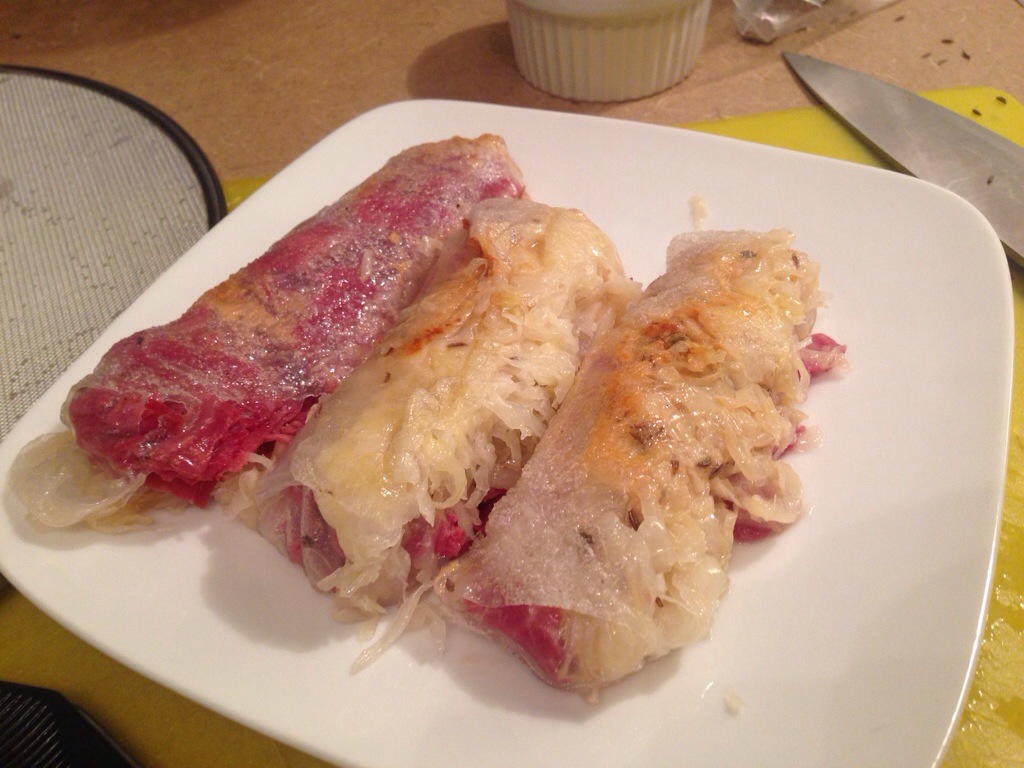