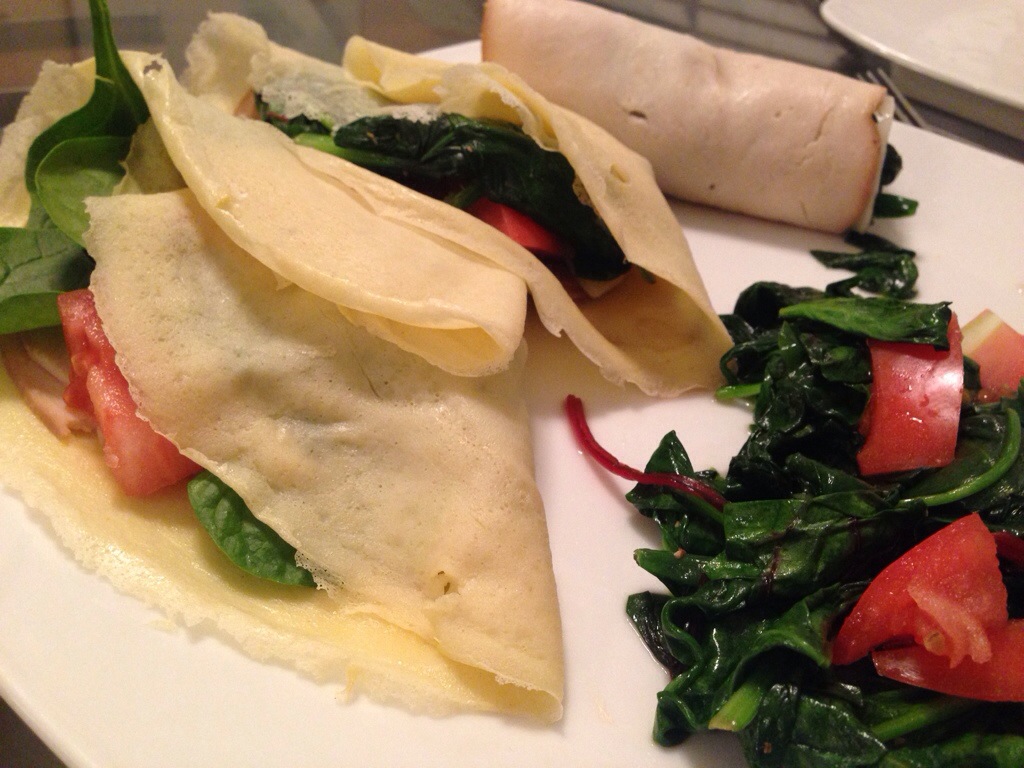 Unlike with the reuben crepes, at least a good number of these worked. The first one failed but I got 4 more. Then, they started to fail again. I do not know if I had the heat too high? Too low? (yes, could be either). Or if I started to overthink the volume of each crepe. Either way, between the failed dough and the working crepes, I had enough.

I filled them with oven-roasted deli chicken (1/2# total), lite swiss cheese (~4 slices total) and some "Power Green" mix of spinach, red & green chard, and baby bok choy. I did two with it raw and two with it sautéd. I also added tomato.

You can also see in the picture the leftover sautéd mix and some mix rolled into the chicken.

Overall, they were okay. I do like the crepes but I am not in a hurry to do them again. It's not that they are really a lot of work, its just that they aren't all that_worth_ the work. Or at least not for a standard week-night meal. The sautéd veggies were okay, but the cooked spinach left the strange slimy feel in my mouth. I preferred the crepes with the raw greens since they were dryer and less slimy.

I figured out a trick that helped. I used a regular (bowl scraping) spatula to help lift them instead of the "flipper/turner" style. I think that worked pretty well. 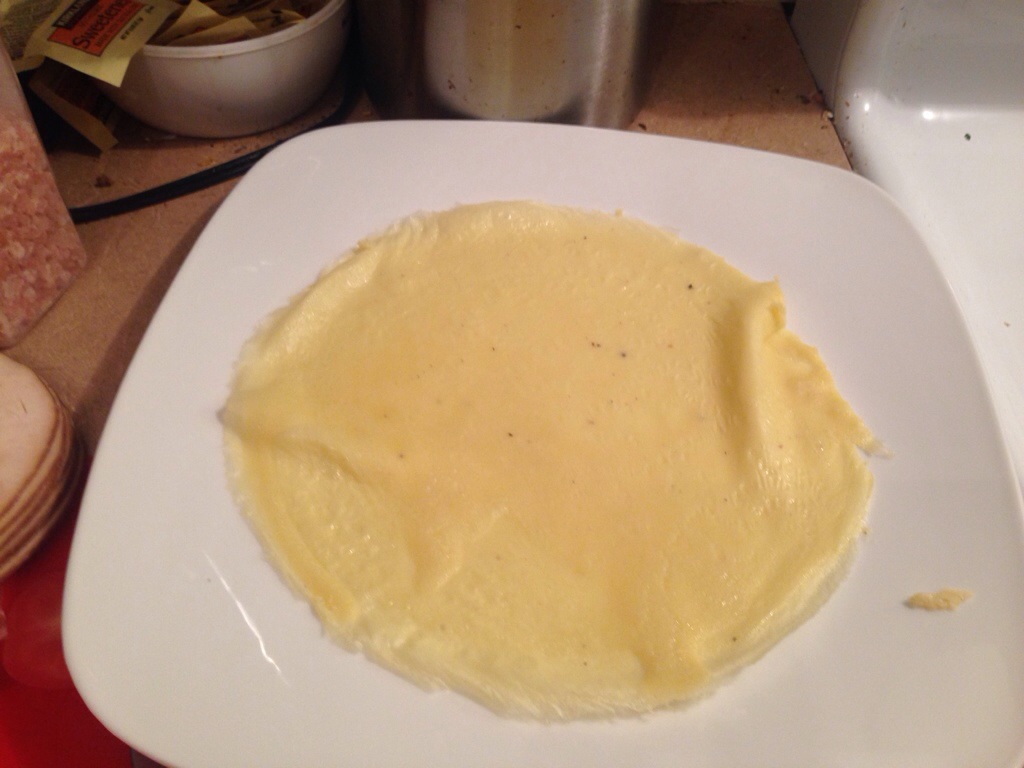 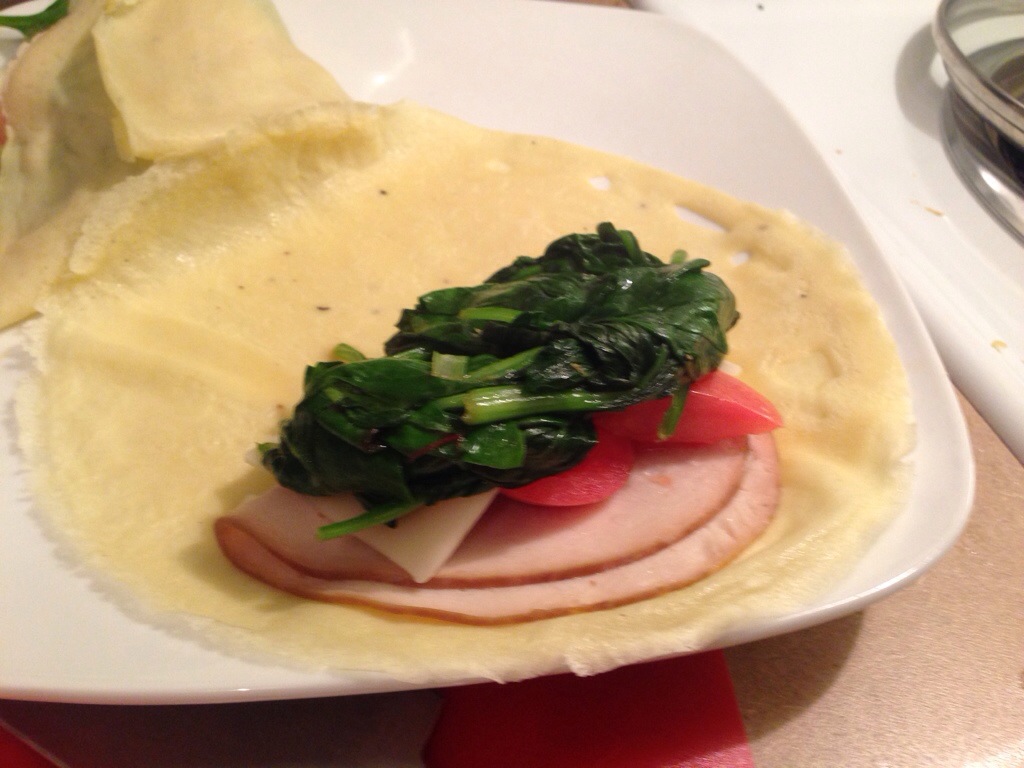 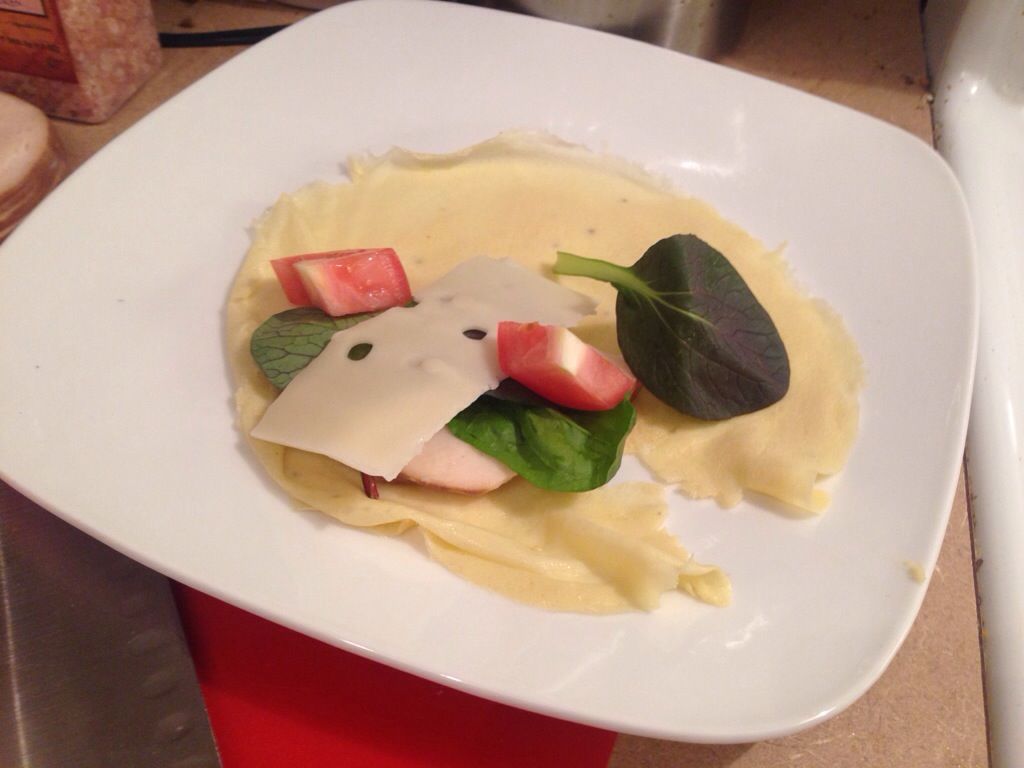