We used the recipe below (halved) for the sauce but we made a few changes. The most major of which is we used fresh peanuts to make the peanut butter. We kind of just eye balled it but it was probably pretty close. And, to bring it all together, we added the sesame oil while chopping the nuts. We also used two fresh thai chile peppers instead of red pepper flakes which gave it a really good, fresh heat. And we used some extra honey to balance the heat.

The other major change to the sauce was that I screwed up and read that you cooked it. While it was a mistake and it made a bit of a mess, it actually added a nice complexity to the sauce.

We combined the sauce and the noodles on the stove but I think that cooked the zucchini too much making it watery. Next time, we will just lightly roast the zucchini and then combine with the sauce to keep it more together. Also, we had a huge amount of sauce leftover even though_we already halved it_

The sliders were made with mini-kaiser rolls. We used the following:

A few notes. We used some coconut oil to sauté the skirt steak. Well, between using too much of the coconut oil and the rendered fat on the steak, it was very oily. We will use less oil and maybe a different cut of meat next time. Also, you couldn't really taste the marinade. So, more and longer next time. And maybe tweak it to be more "penetrating"

We didn't have white vinegar so we used half rice wine vinegar and half apple cider. Also, the carrots pickled for about 30 hours.

The jalapeños were extremely hot! Probably from leaving the seeds in.

These also came out tasting really good. Lots of fresh ingredients. And they were pretty cute. 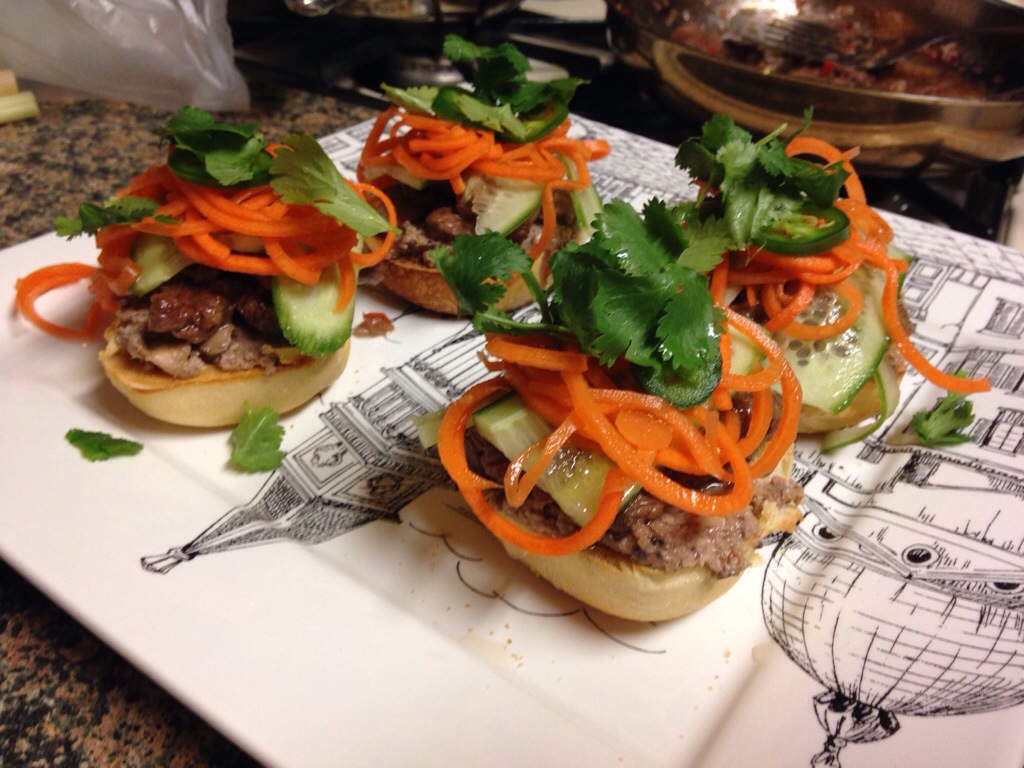 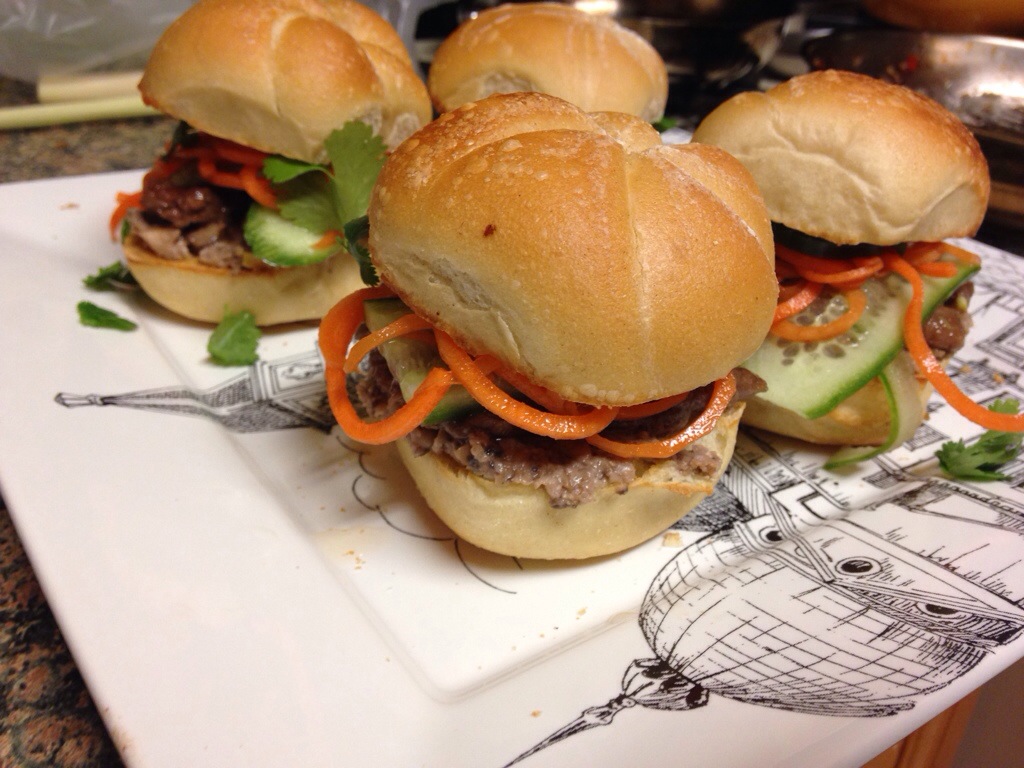 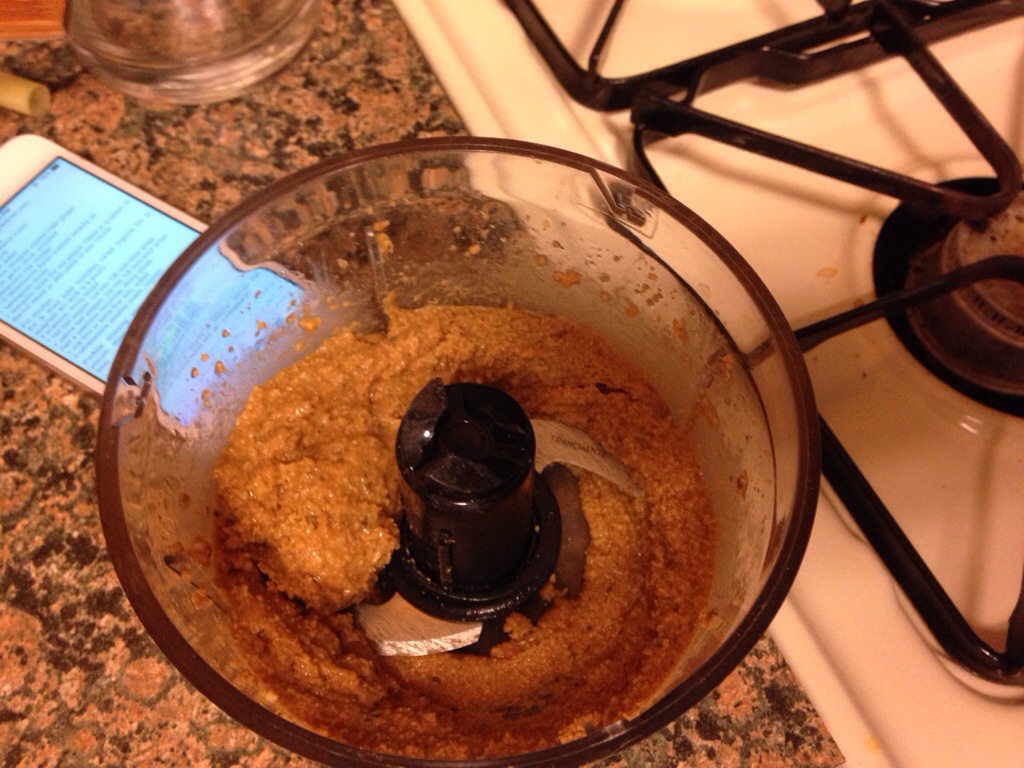 local copy -- password is the name of my dog, all lower case)

local copy-- password is the name of my dog, all lower case)