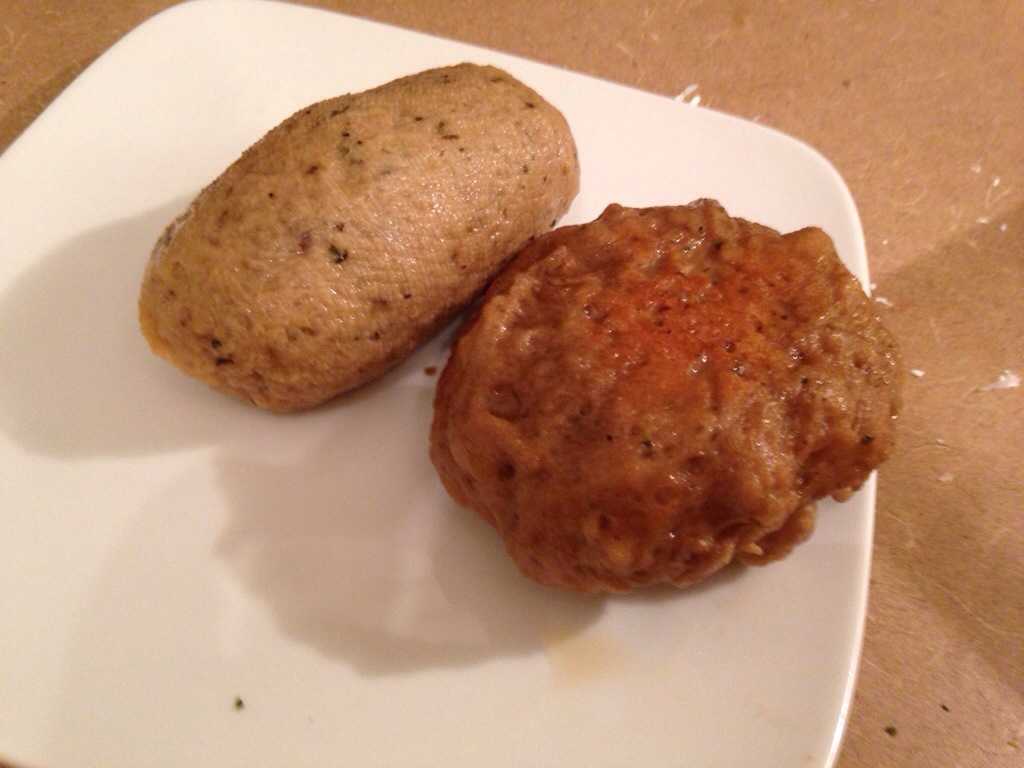 I made seitan and then a broccoli and seitan stir-fry.

I didn't take a photo of it but I used the seitan from below to make a broccoli stir fry. I just steamed broccoli, then added the seitan. I then added some teriyaki (not the high-cal one) and some other seasonings.

I read a few different articles online about pressure cooking seitan. Many said that seitan gets spongy from being cooked over a normal simmer temp (which is way lower than a pressure cooker). And to counter this, add some other flour.

So, I played around a bit and came up with the following recipe. Note that the extra 1/4 cups of water was too much. The dough was very wet but this did work very well so i wouldn't make too many changes. Next time, I also want to weigh the things for future reference since I hate going by volume. But anyway,

I let it rest for a little bit while I made the broth and started that. I then cut the dough into four equalpieces. I tried something different and rolled half of them in cheese cloth to make them nicely shaped. As you can see from the photo, it worked

I added them to the pressure cooker and cooked for 30 minutes (at_full_pressure) and a natural release.

This was probably the best seitan I have made in a while. I would work off of this recipe in the future