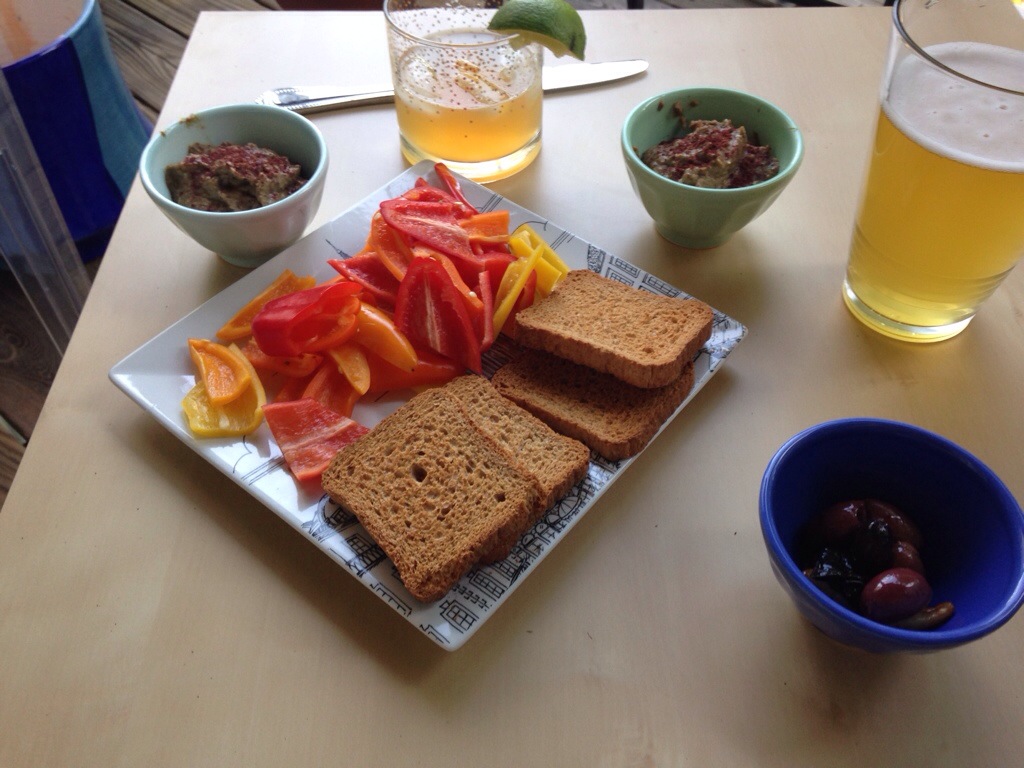 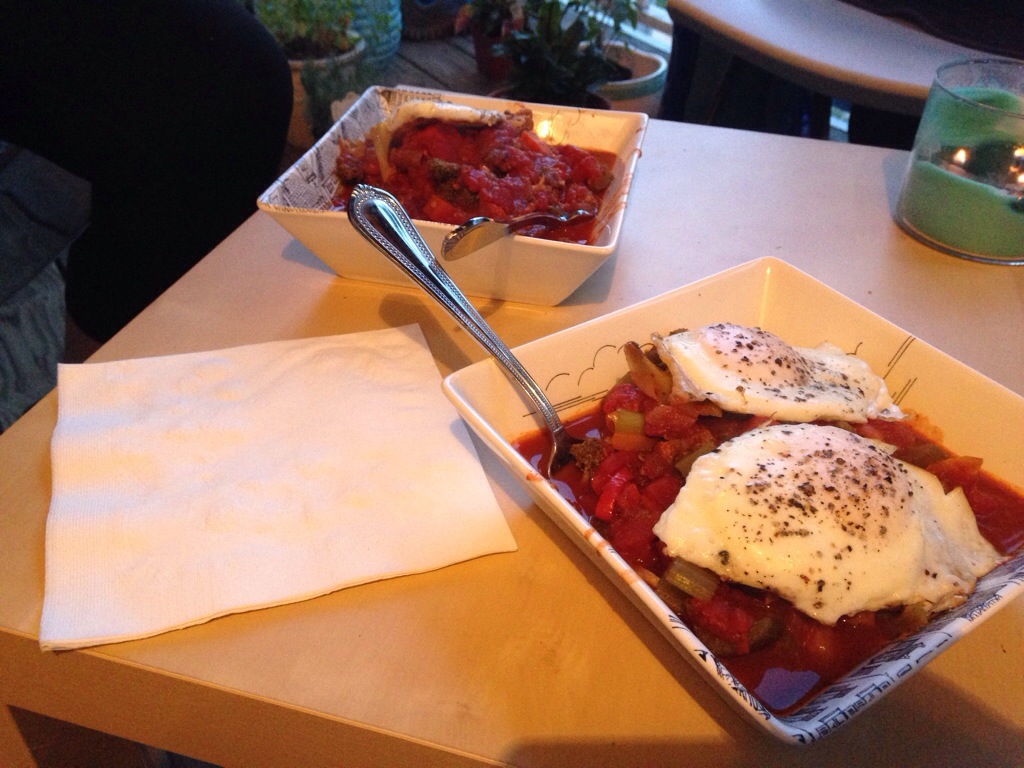 Meredith madeBaba Ganoush using the recipe at the very bottom. She basically followed it except she skipped burning the eggplant and just roasted it (cut in half, flesh side down). She also added some cumin (surprise) and sumac. Finally, this time she used less tahini (scant 1/4 cup) and added some sesame seeds to make up for it. On the note of tahinni, she says that she has experimented andfound that you_can_ go as low as a 1/4 of a cup butdo not go lower as it looses the needed creaminess.

We made the shakshuka using a lot of leftover veggies as well as some new ones. I do not remember all of the details, but as I recall, the base was

We did it in the cast-iron dutch oven (which I think tends to make things cook really well and results in richer flavors). We started by sauting the onions in a bit of canola oil. As they cooked I added the rest of the veggies and sauted for a while. Iseparately sauted the garlic in a bit on canola and then combined everything with the tomatoes.

For seasonings, I used the following. I started with measures and then I eventually just added more as I went.

I let it simmer (between setting 2 and 3 on the induction) for probably a good 30-40 minutes.

I have never been happy with eggs poached in the shakshuka (especially the next day). So we topped them at night with fried eggs (with yolks barely set).

For lunch, I hard-"boiled" some eggs. After having trouble peeling them last time, I followed The Food Lab's (newest version) ideas about starting with hot water or steam. The idea is that there is no fool-proof way but starting with the cooking liquid hot tends to do better.

I chose the steamed version which says to heat water on high. Once at a rolling boil, steam eggs for 6 minutes for soft, 12 minutes for hard). If cooling, chill in ice bathimmediately (reduced the air-pocket area).

I followed this (except I misread it as 11 minutes). The eggs came off the shell very nicely and the yolks were well set (1 more minute could have been better but not noticeable). This will be my go-to method in the future. And, it is faster to bring water to a boil for steaming than to do the whole pot!