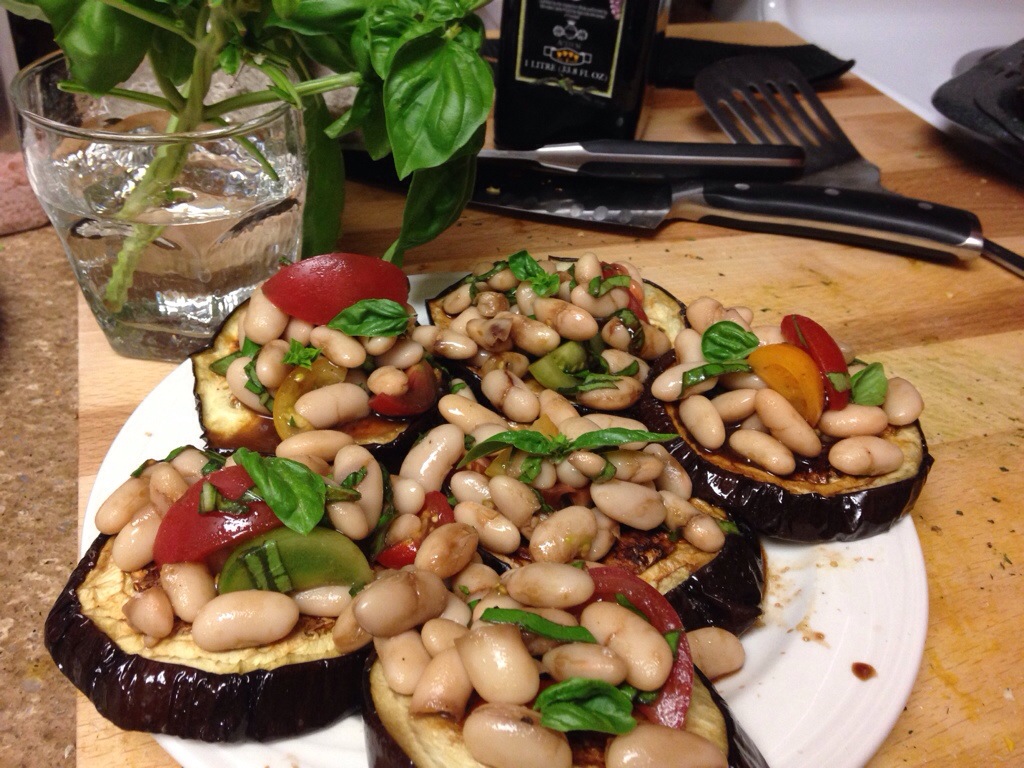 We made white bean eggplants like we did before. Our original plan was to grill the eggplant but the rain made it difficult. We broiled it instead. I sprayed them with coconut-oil pam (all I had) and salted them. I broiled them well but maybe too well since they were mushy.

We made the white bean stuff kind of like before. We marinated two cans of washed white beans with balsamic vinegar. We added some colorful tomatoes and fresh basil that Meredith grew in her garden.

Like I said, they were pretty good but very messy since the eggplant basically dissolved with the beans on top.