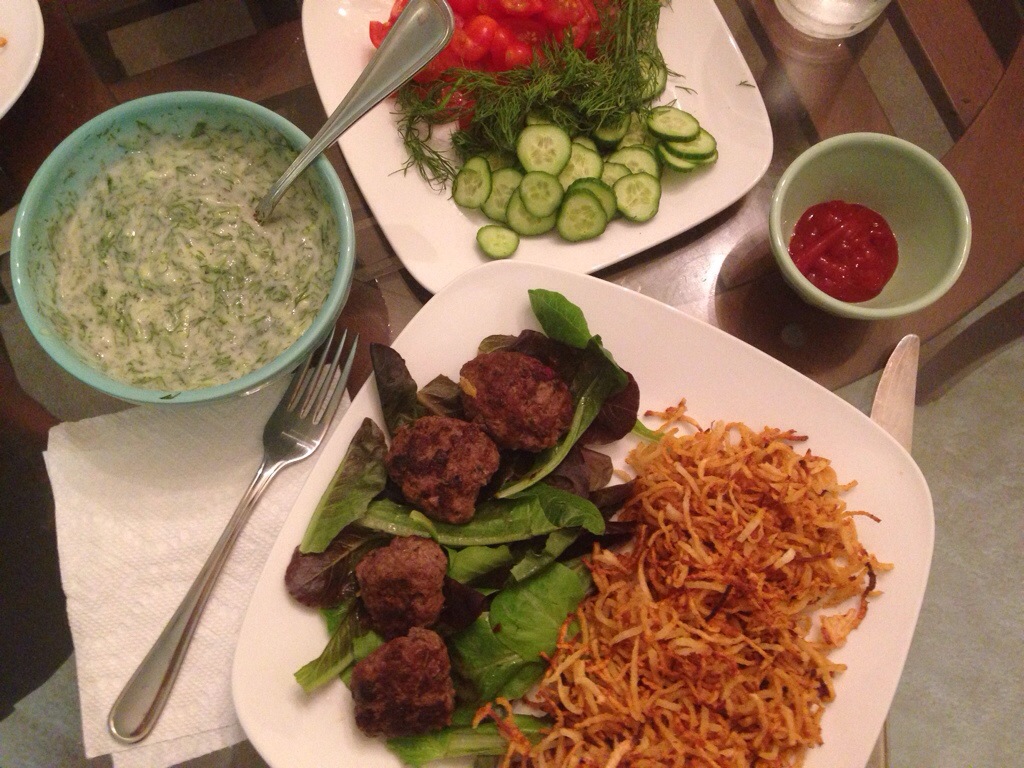 We made beef koftas and shoe-string jicama fries.

The koftas were from our regular recipe. We did toast the coriander seeds but only had ground cumin so we tossed it onto the hot pan at the last second. Other than that, we stayed pretty true to the recipe. We used Meredith's mint and we used what the recipe called for though I would have liked a bit more. And for the onions, we used finely chopped red onions. The beef was 90/10 ground beef (5 points plus/4 oz) and we used exactly a pound for four meals.

The other thing was jicama fries. We followed the recipe below from Inspiralized though we went light on the cayenne since Meredith said it was too much last time. We also just used the seasonings as a guide. I added some garlic powder, omitted the onion powder, added some smoked paprika, etc. We cooked them as it said but ended up giving them another 5 minutes to really crisp. Tip for next time: quartering the peeled jicama made it much easier and efficient to spiralize.

The texture was interesting. They felt limp but the natural crisp of jicama gave them a crunch. And they were just really good all around. We will do this again.

Meredith also made tzatziki with cultured almond milk (aka almond yogurt). It beat the soy version hands down

I did not calculate the exact points. The beef was 5. There was probably another 1-2 or so of miscellaneous oil. And I am not sure about the fries.

Recipe moved to separate page. Password is the name of my dog in all lower-case.