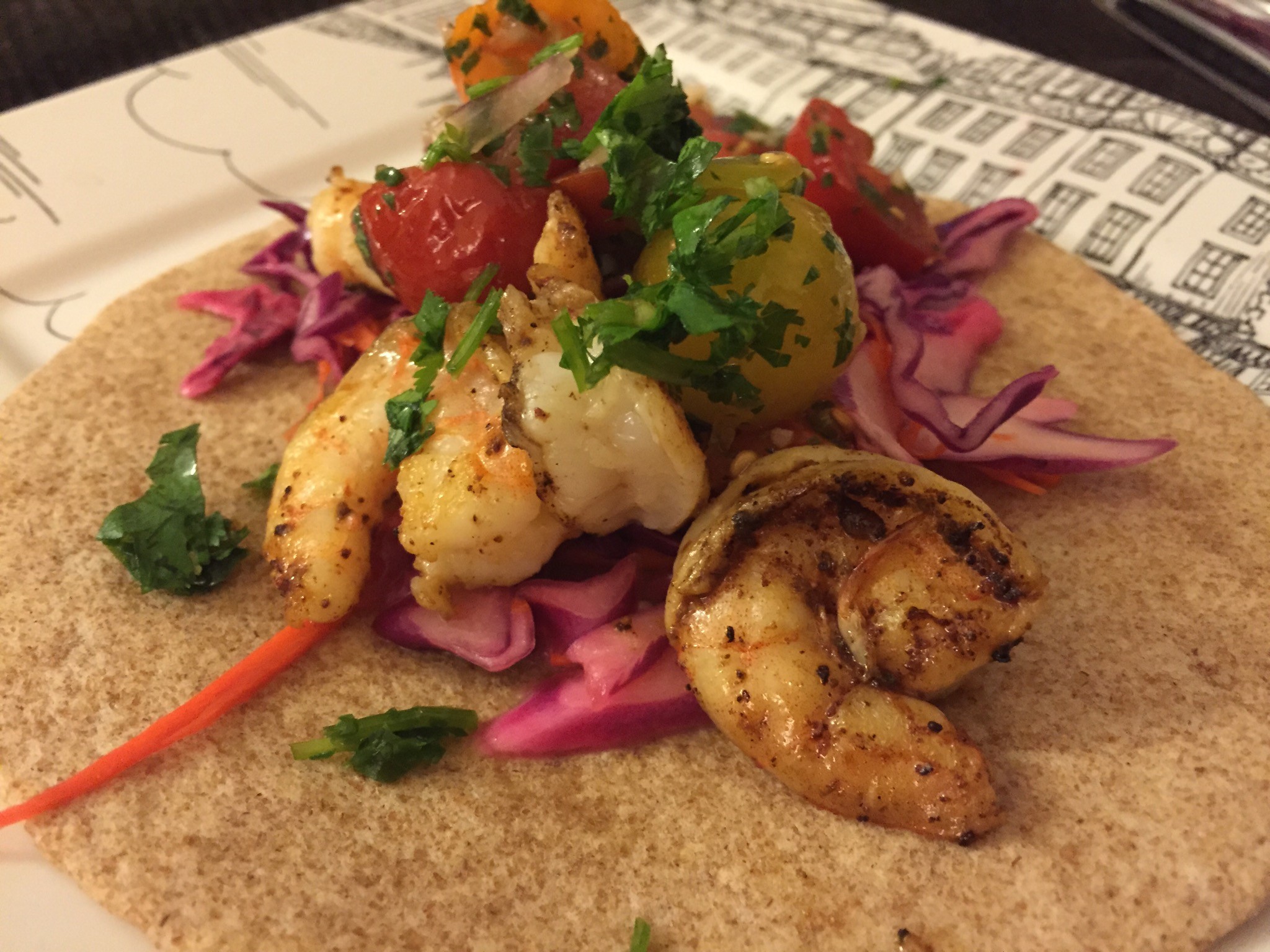 Meredith and I made shrimp tacos with lots of acuterments:

We got unpeeled shrimp so we had to manually peel and devein it. Honestly, itwasn't too bad but I do not think I would do it again for small ones. It just took too much time and effort. if we buy bigger shrimp, then it would be fine and worth it. Meredith sauted them with some seasonings including cumin, chipotle powder, lime and salt.

I used the recipe from Serious Eats (_local link_) as a guide. I made a few changes including

It was pretty good. I would use this recipe again. I liked what they said about the [temperature] heat of the liquids that then get cooled. The only thing is that maybe it was too wet. Oh well. We did let it sit for about 2 hours. And it was even better the next day.

I used the recipe from The Kitchn mostly. The biggest changes were that I used a mix of plum tomatoes and some (old) chopped cherry tomatoes. They were a bit wet (as was warned). I also just used the entire lime rather than half. Finally, I likely went heavy on the cilantro. And I used red onion. I may have forgotten the jalapeños. Not 100% sure.

It was pretty good. Not as good as I have had in some restaurants but I do not feel like it was way too far off. Maybe I should be more reserved with the cilantro next time.

Meredith made the seasonings and they came out wonderfully. I think the heat was set a bit higher, maybe 425 and that worked well. They were a bit spicy though which Meredith had said before. We will certainly do this again! Also, quartering the jicima was a good way to spiralize it. I also chopped up thepieces the remained. 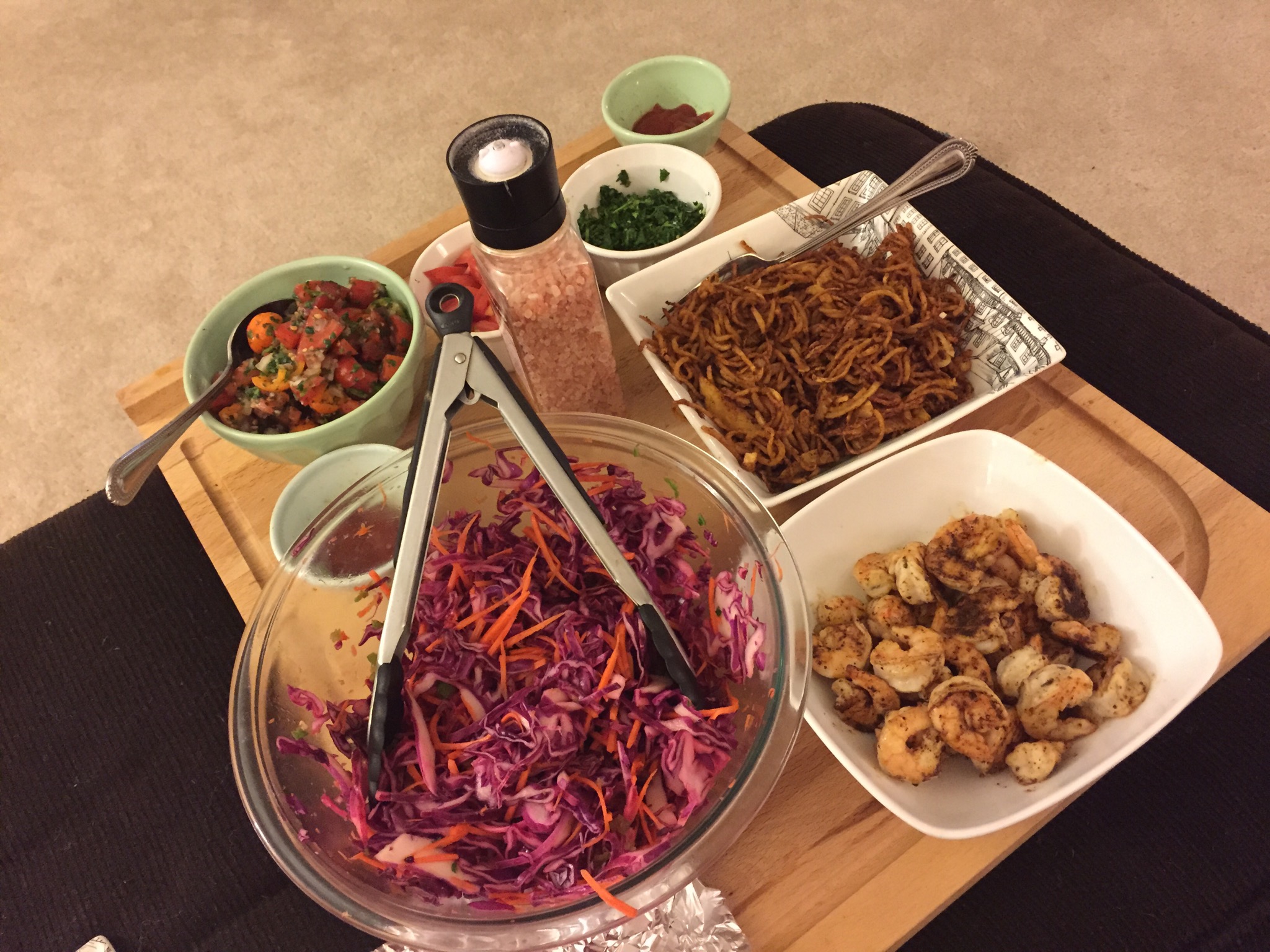 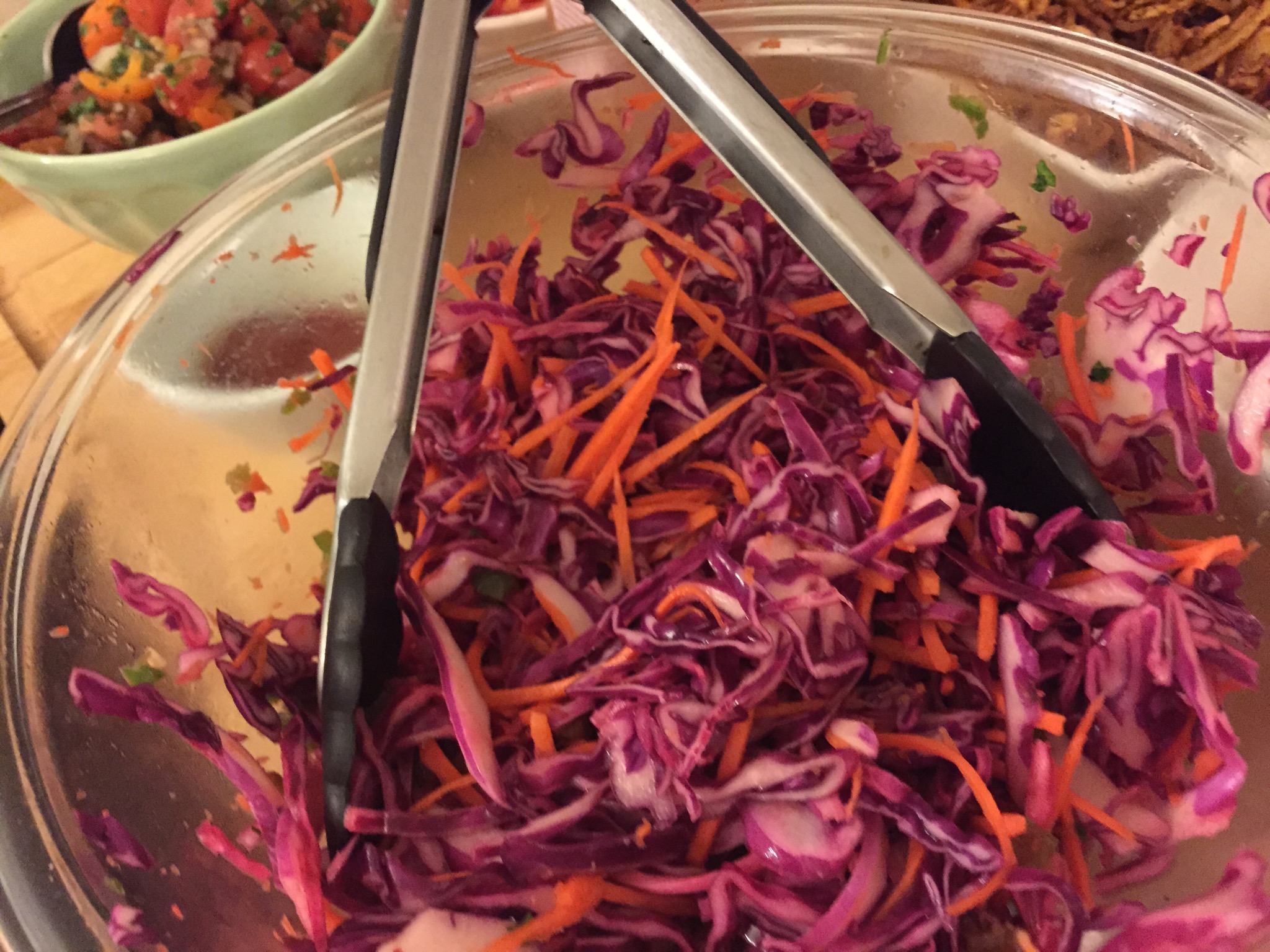 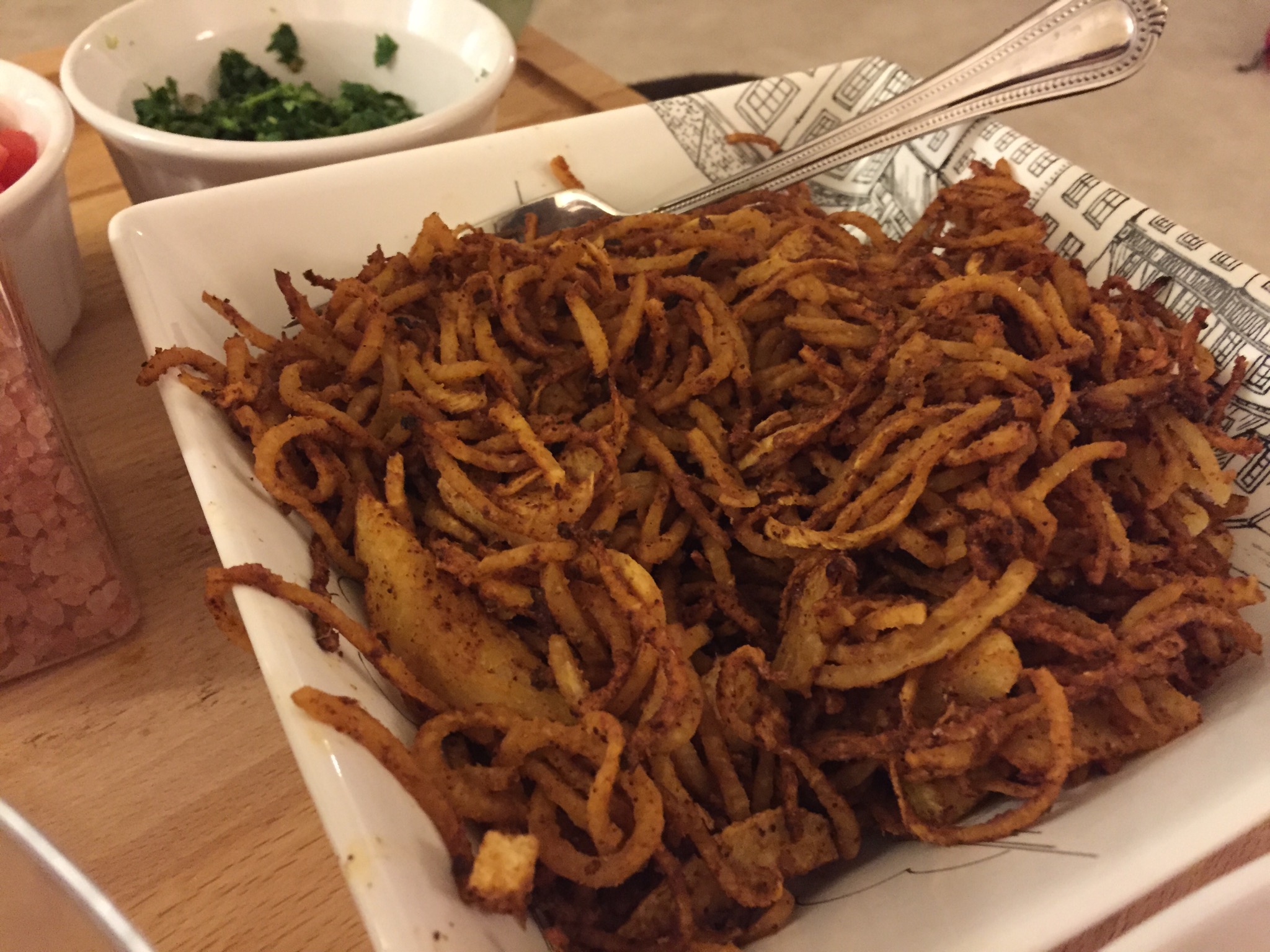 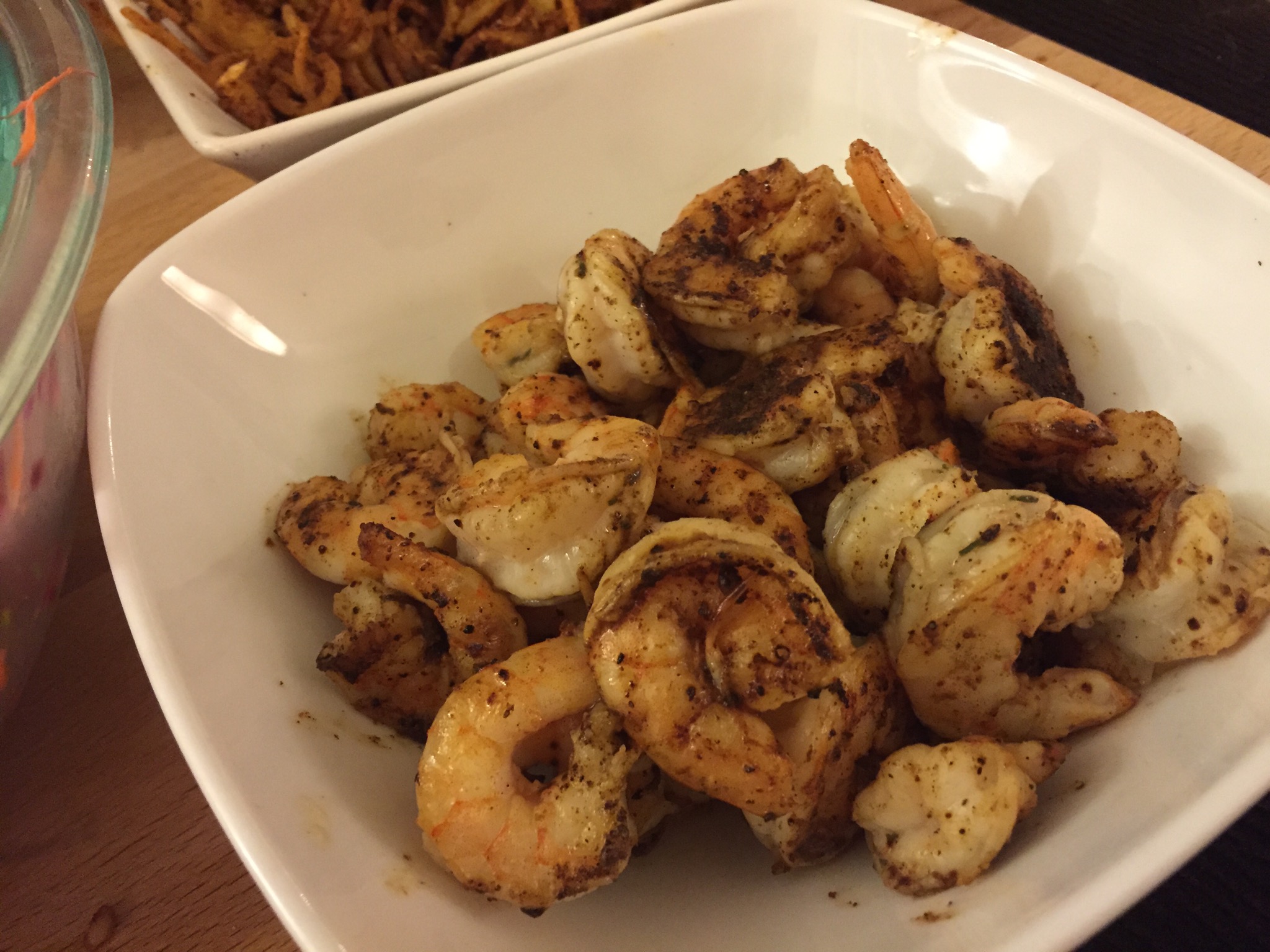