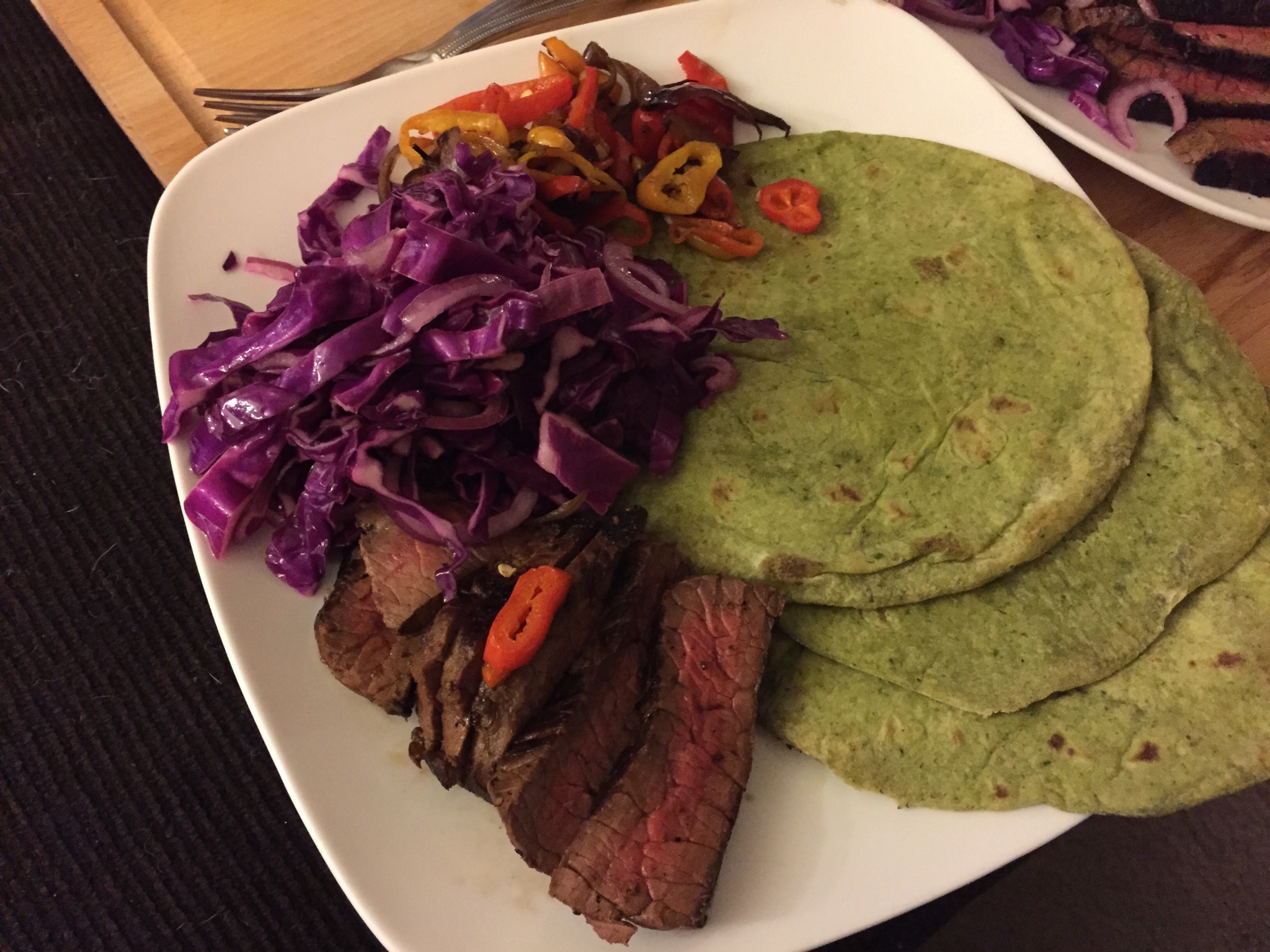 We had steak tacos with cabbage slaw and some sautéed peppers and onions. The cabbage slaw was from this meal. I used a bit too much onion but other than that it was really good (I like this recipe a lot). It is a bit strange for this meal but we planned it when we had considered shrimp tacos so we stuck with it. The onions and peppers were just cooked in the cast-iron pan before I did the steak.

The steak was a big piece of round. I thought it was similar to Eye of Round from thai restaurants but this had a lot more fat in it. It was really chewy. I also wasn't sure if I cooked it well. I think I had too high a heat on the cast iron so the outside overcooked before the inside. I checked the temp a bunch with the thermometer and got inconsistent readings. I let it sit 5 minutes before cutting it but it still lost a lot of juice. BTW, I had marinated it in 1 Tbsp oil plus 2 Tbsp soy sauce. So while I would do steak tacos again, I would look for a better cut of meat.

The tortillas were from Whole Foods. I had considered making my own the the Whole Foods ones are really good and it saved a lot of work.