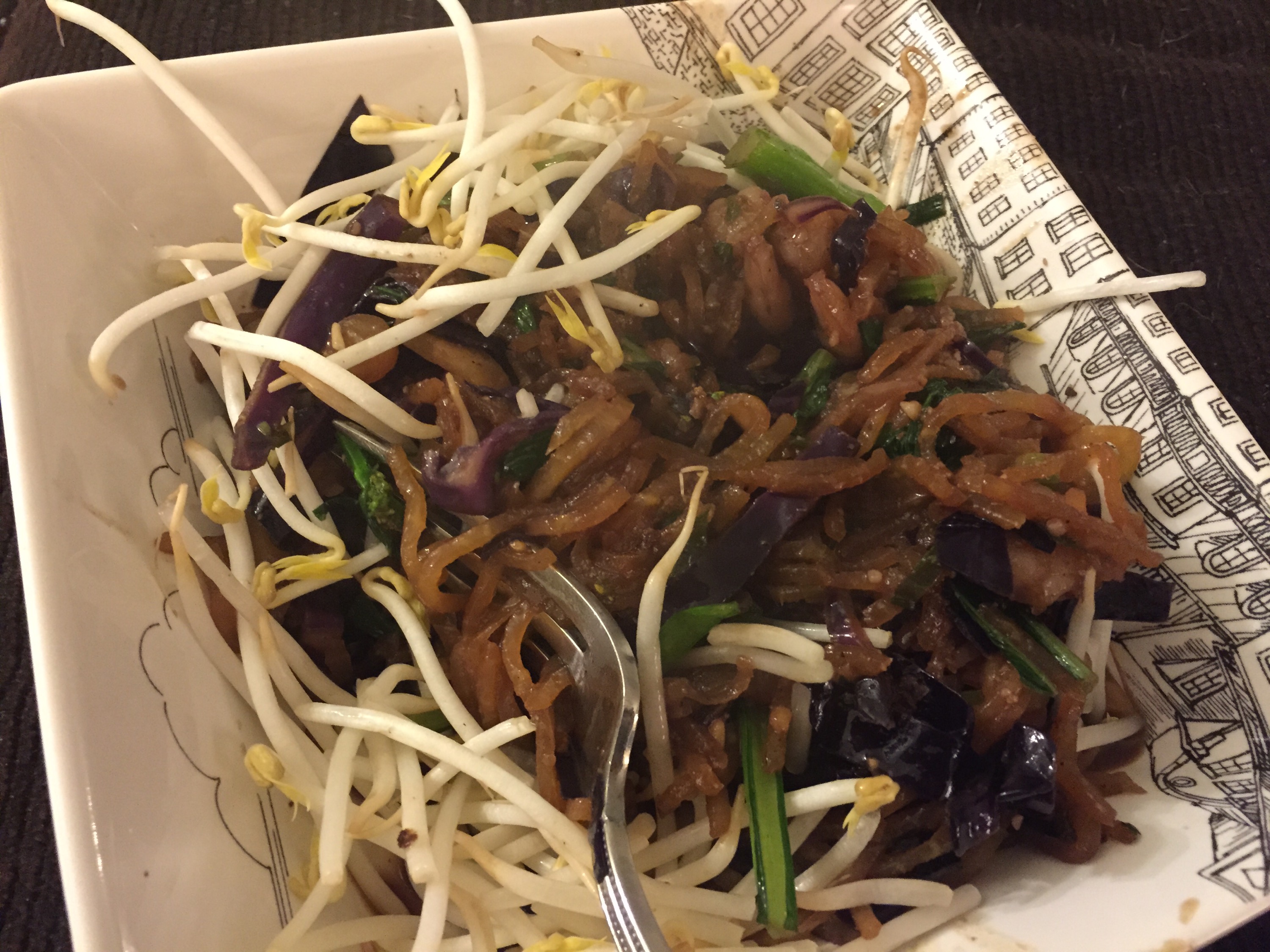 Meredith and I made Mie Goreng again (see recipe attached to that page). I think we made the same changes as last time except we used all cashews and realyue choy instead of American mustard greens. And we forgot the sprouts until the end.

The meal was a ton of work. Lots of chopping and prep plus all of the stir-frying (two batches) but it was worth it. Really good! The points were not as low as I would have hopedbecause of all of the sugar, nuts and oil used but they were still not too bad.

I am sure there were other changes and notes but I do not recall them now.