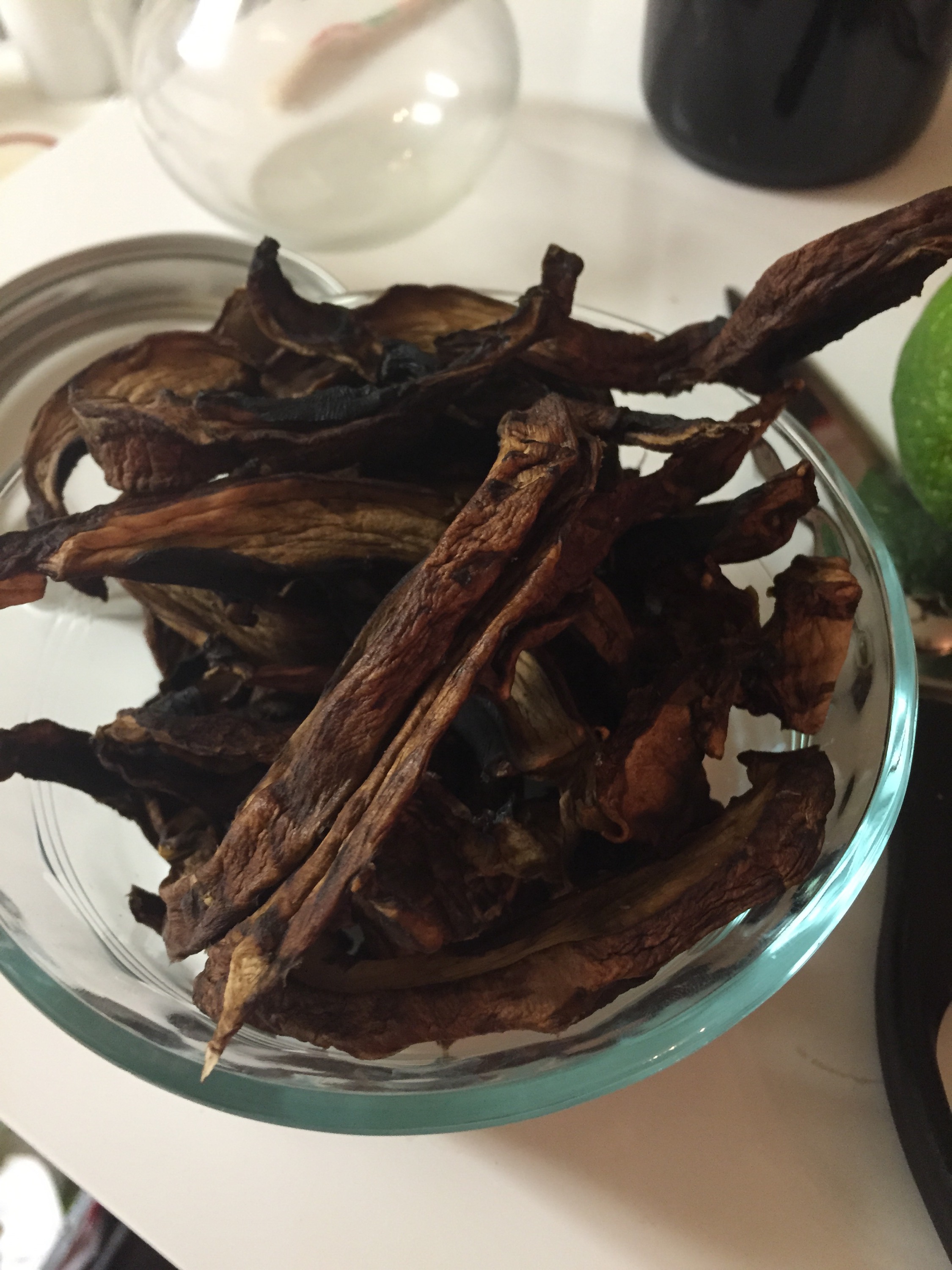 I tried to make mushroom jerky. It was strange. I took about 10 large portabella caps, removed the stems and gills and made a marinade. The marinade was essentially exactly that ofMiso-Marinated Portobello Carpaccio(recipe) but with the following changes

I sliced the caps and marinated them overight. I then dried them on 135-145 until dry (~7 hours). They are strange to say the least. Not bad but weirdly chewy and rubbery.

I like the general idea and I will keep experimenting. Maybe ground up mushroom would work better. 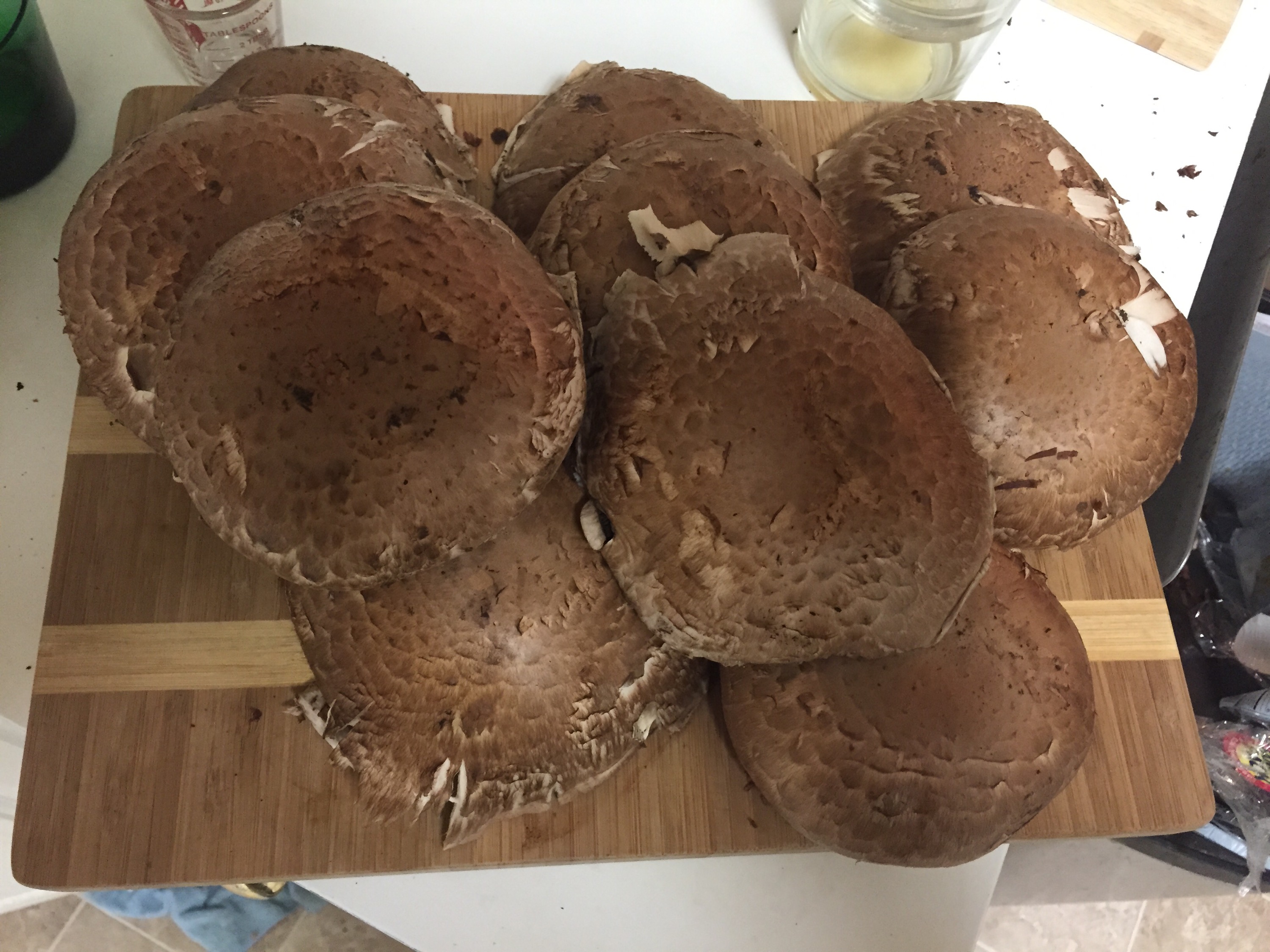